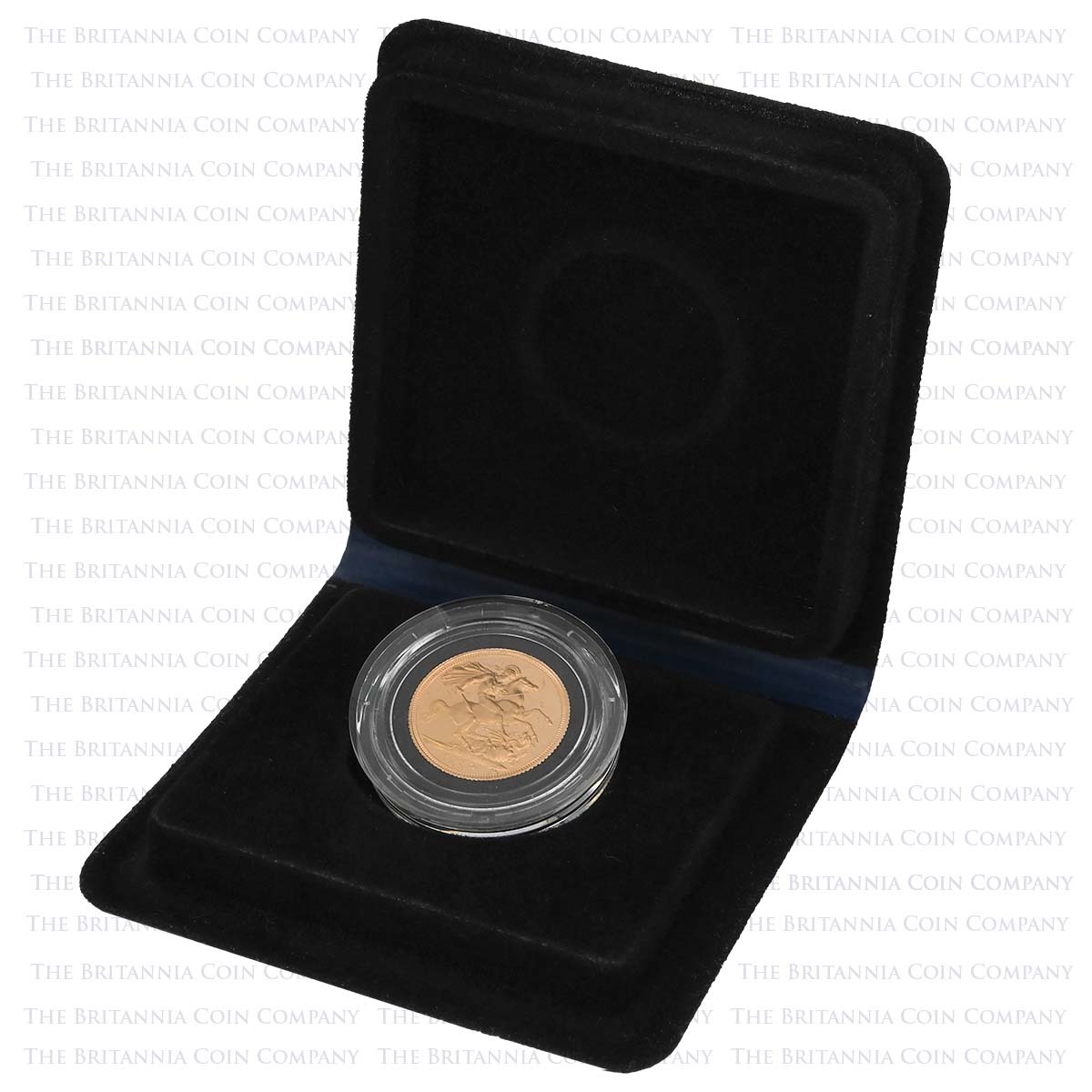 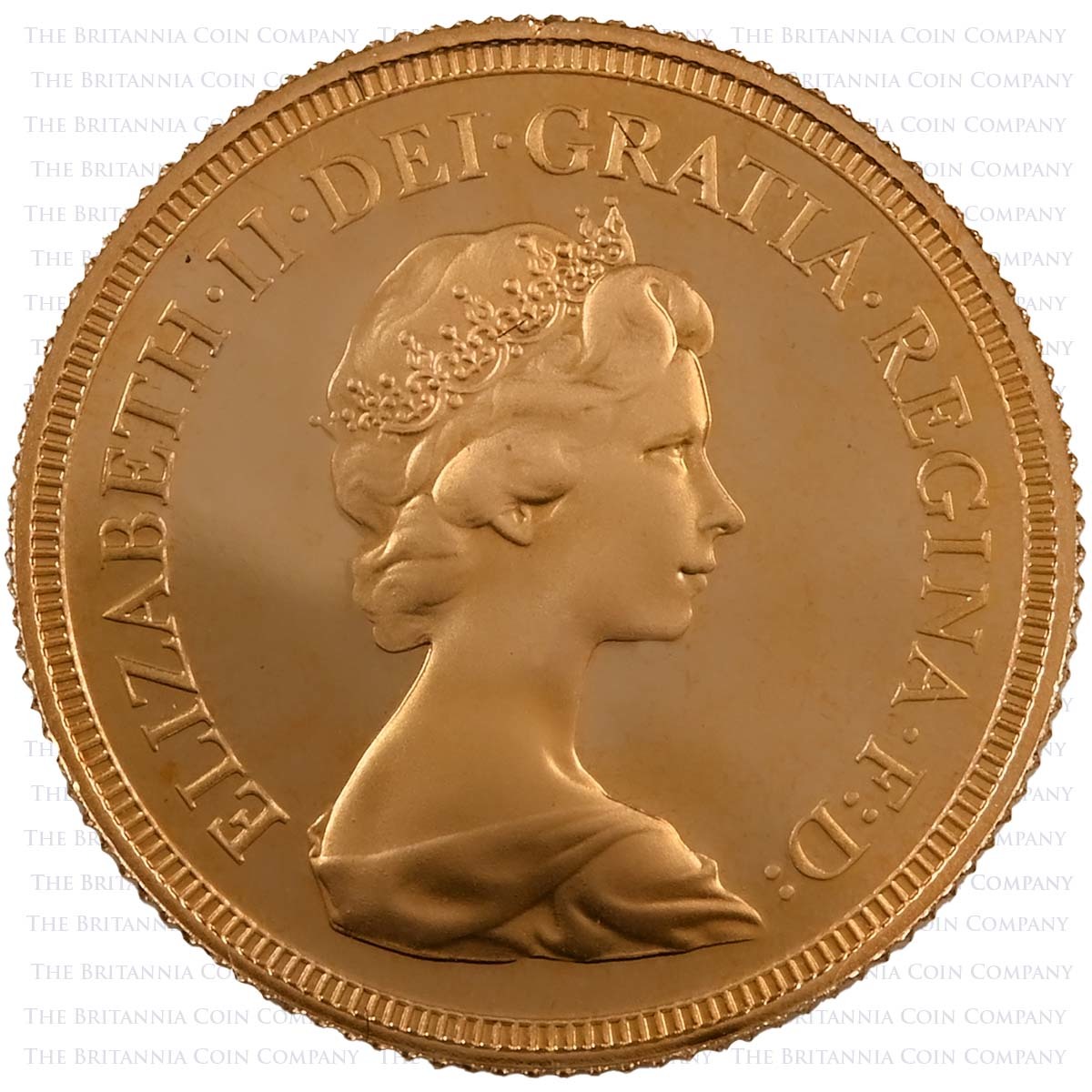 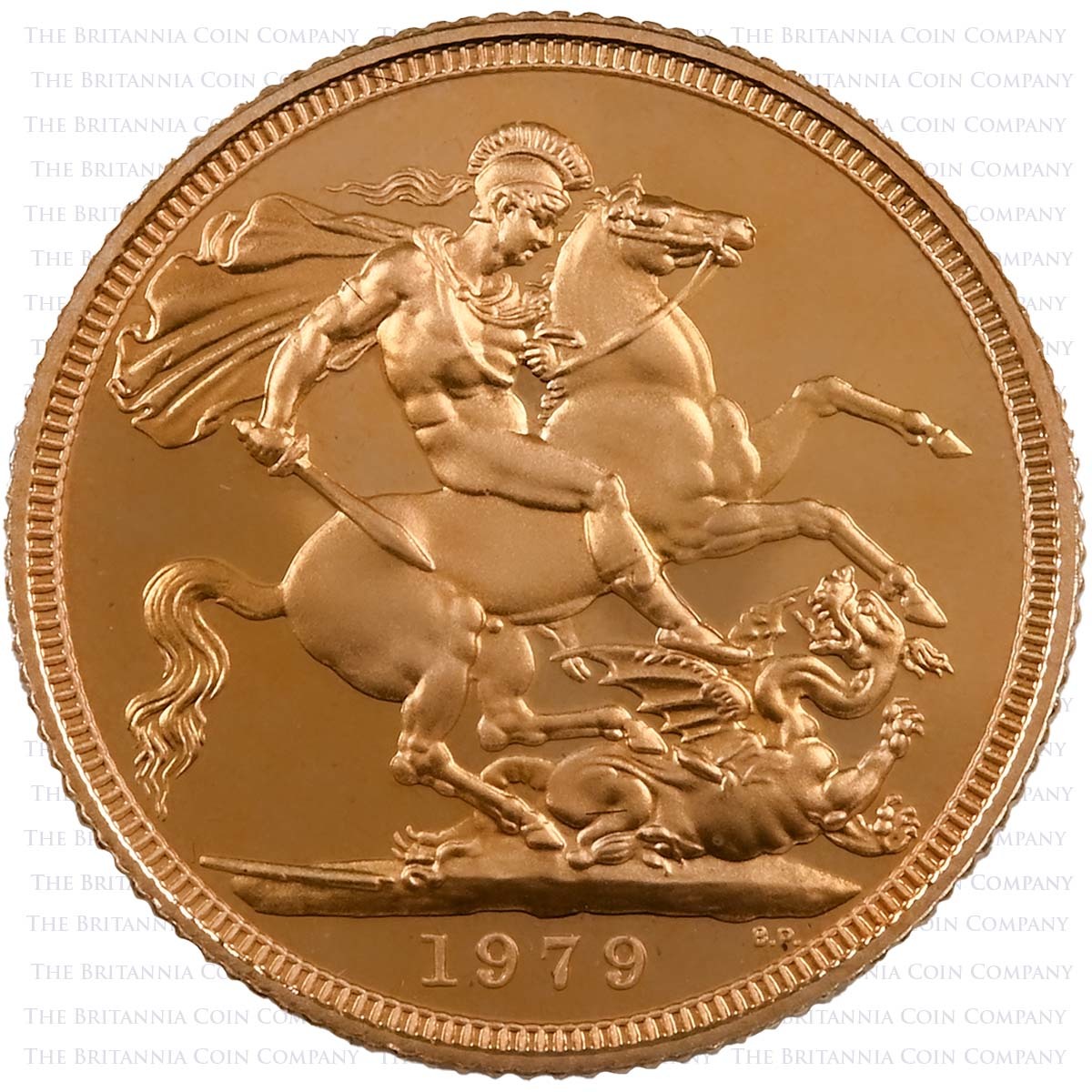 £725.00
(VAT Exempt)
The first annual proof Sovereign issued by The Royal Mint: an essential addition to any modern Sovereign collection. Proof Sovereigns had been issued before, of course, but we are today used to seeing a new ‘full’ proof Sovereign every year. This tradition began in 1979, making that initial commemorative proof coin a sought-after piece. It features Arnold Machin’s portrait of Her Majesty the Queen to the obverse. Machin’s effigy was in use on British coinage, Sovereigns included, from 1968 through until 1985. This design is paired with an instantly recognisable reverse, first used on the Sovereigns issued all the way back in 1817. It was designed by an Italian artist named Benedetto Pistrucci and features England’s patron saint, St George, mounted on a rear horse, in the act of slaying a dragon. The artist’s initials appear next to the date in exergue. As well as utilising a historic reverse, this Sovereign maintains the specifications established back in Pistrucci’s day. The coin is struck in 7.98 grams of 22 carat gold and has a 22.05 millimetre diameter. What sets this example apart is the proof finish. Intended for collectors, proof coins show more detail than their bullion counterparts and are minted in smaller numbers. In 1979, just 50,000 proof Sovereigns were issued and they are becoming harder to find several decades on. This example comes in its original presentation case from The Royal Mint.
Quantity
Cost Per Unit
Starts From
1+
£725.00
£725.00
Track Product
You are not logged in. Please Login to track this product.
Description Summary Specification Royal Mint About us

The Story of the Gold Sovereign

While bullion Sovereigns are minted in large numbers by The Royal Mint each year, only a small number of proof coins are offered, starting in this year. Intended for collectors, proof coins have a high-definition, high-contrast finish, achieved with multiple strikes of hand-prepared dies. The finish is preserved by the original presentation box that the coin comes in.

No certificates of authenticity were offered with 1979 proof Sovereigns.