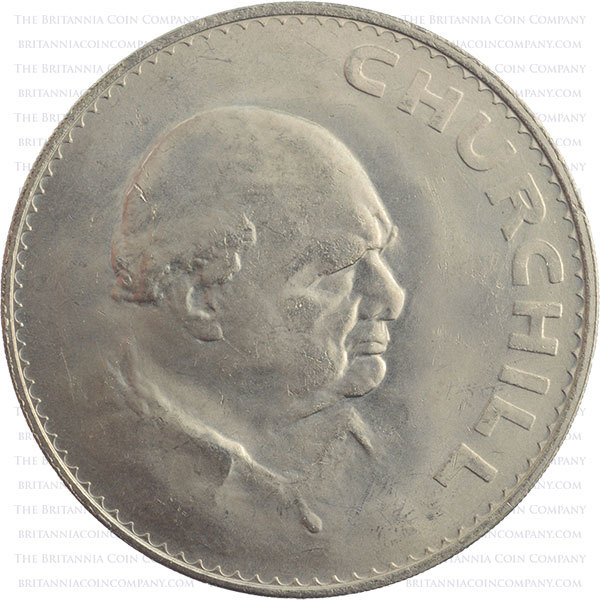 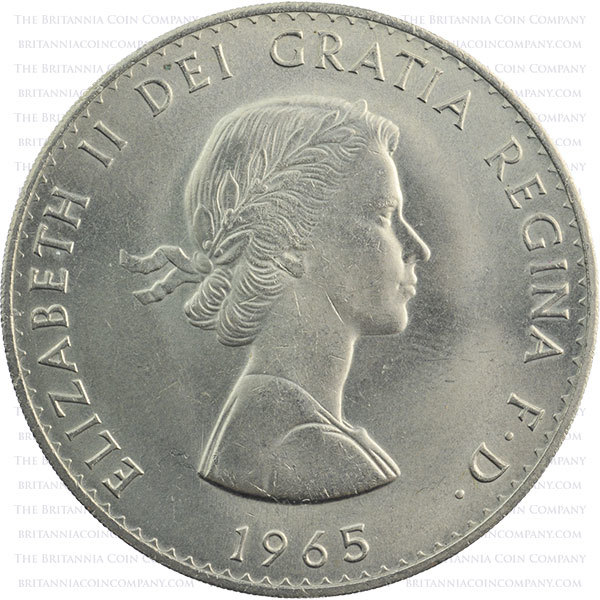 Track Product
You are not logged in. Please Login to track this product.
Description Summary Specification About Crowns Royal Mint

In 2002, the BBC ran a televised poll to see who was considered the greatest Britons in history; the winner was Sir Winston Churchill. Churchill was a politician, army officer and writer. His achievements are nothing less than extraordinary.

As a politician, Churchill was twice Prime Minister of the UK, and served as a Member of Parliament for over 60 years. He was also a previous Chancellor of the Exchequer, Home Secretary, Minister of Defence and Secretary of State for a dozen or more departments. His political career is probably best remembered for his leadership during the Second World War.

Previous to that, Churchill had joined the army in 1895 and fought in several campaigns, including the Second Boer War and WWI. Churchill later became a War Correspondent and as a writer won the 1953 Nobel Prize in Literature. Winston Churchill's honours are so numerous they run into several pages of text, and have been awarded not only by the UK but by many other countries.

Winston Churchill was born at Blenheim Palace in Oxfordshire on 30 November 1874 into the wealthy aristocratic family of Lord Randolph Churchill and his American-born Mother, Jennie Jerome. He went to Harrow School and then onto the Royal Military College at Sandhurst. Churchill was an MP until 1964 and died on 24 January 1965, aged 90. He had a State funeral in London attended by representatives of 112 countries.

The Royal Mint obviously wanted to mark the occasion and issued the 1965 Churchill Crown. With an image of Winston Churchill on the reverse, it was the first time a non-monarch or commoner had ever appeared on a British coin.

Such was Churchill's popularity, the Royal Mint issued 19,640,000 coins. The Churchill Crowns were denominated as five shillings as this was before decimalisation (in February 1971) and it is equivalent to 25 pence in today's money.

The Reverse was designed by Oscar Nemon, a sculptor born in Croatia who moved to the UK in 1938. Nemon's statue of Sir Winston Churchill stands in the Members Lobby of the House of Commons.

The Reverse of the coin shows Churchill wearing an open necked shirt, facing right in his typical pose. The legend simply reads 'CHURCHILL'.

The Obverse of the Churchill Crown shows a Laureate bust of a young Queen Elizabeth II by British sculptor Mary Gillick. This portrait was used on coins until decimalisation in 1971 but is still used on Maundy Money today.

Queen Elizabeth II is the current and longest reigning monarch ever. Born on 21 April 1926 to King George VI and Elizabeth Bowes-Lyon, she became Queen in 1952 and her Coronation was on 2 June 1953.

Queen Elizabeth II has issued many coins and was monarch during decimalisation.

Now more of a commemorative coin

Although the coin was always part of the British coin family, its large size made it unpopular for general circulation and the half-crown was favoured as the de-facto largest coin in circulation. The Crown was more-or-less relegated to a commemorative coin.

Although not in current circulation, the Crown is still legal tender. After decimalisation in 1971 the Crown was officially valued at 25 pence. In the Eighties we had inflation which brought in higher denomination coins like the one-pound coin and the two-pound coin, so the Government decided that the crown needed to be restored to it former glory as biggest denomination coin and the crown was re-denominated to £5 in 1990.

Today, the Crown is sometimes made in silver and gold, usually to satisfy collectors and investors.

The Crown is a very old coin, with origins dating back to Henry VIII. The English Crown first appeared in 1526. It was made of 22 carat gold ("crown gold") and has a value of five shillings (a quarter of a pound).

By 1551, silver was being used to produce crowns, although gold was sometimes still used. The silver crown was quite large, being about 38mm and weighing about one ounce. Around that time many Europeans countries had similar sized silver coins which made them good for international trade as they were essentially interchangeable.

The metal used was 92.5% silver and the rest was copper so as to make the coin harder. This hardness, together with a milled edge, made 'clipping' (which was cutting slices off the edge to steal some free silver) more difficult.

After the Union of England and Scotland in 1707 a new coin, the British Crown, replaced the English Crown and Scottish Dollar. The value was set at 5 shillings and the size was 38mm in diameter and weighed about 1oz as before.

The Royal Mint is the designated place for the UK to mint coins. It dates back well over 1000 years and is a Government-owned company.

If you would like to see where the Churchill Crown was created, the Royal Mint is currently located at Llantrisant, Wales, and it has an excellent visitor centre if you want to see what they do.

The United Kingdom (UK) is the Union of England, Scotland, Wales and Northern Ireland. It is often referred to as Great Britain (GBR). It has a long, rich history and the Churchill Crown is part of it.

Britain's original coinage was Pounds, Shillings and Pence but since decimalisation on 15 February 1971, it is £1 = 100p, that is One Pound is equivalent to 100 pence.

The coinage of the UK is also a long history, the Royal Mint being established as long ago as 886AD when coins were hammered. Today there is perhaps 30 billion coins in circulation, and many (numismatic) collectors coins and sets are issued frequently in gold, silver and other metals. 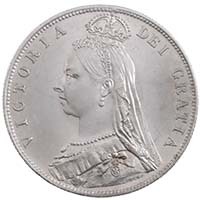 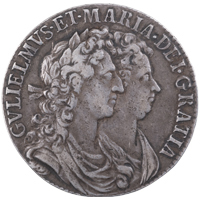 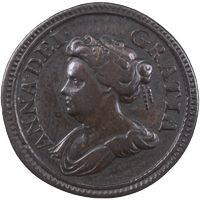 Today, 1965 Churchill Crowns have a face value of 25 pence though collectors may pay a little more for these common commemorative coins.

Old Crown coins like 1965 commemorative Churchill Crowns are technically legal tender with a face value of 25p but you cannot use them in most shops.