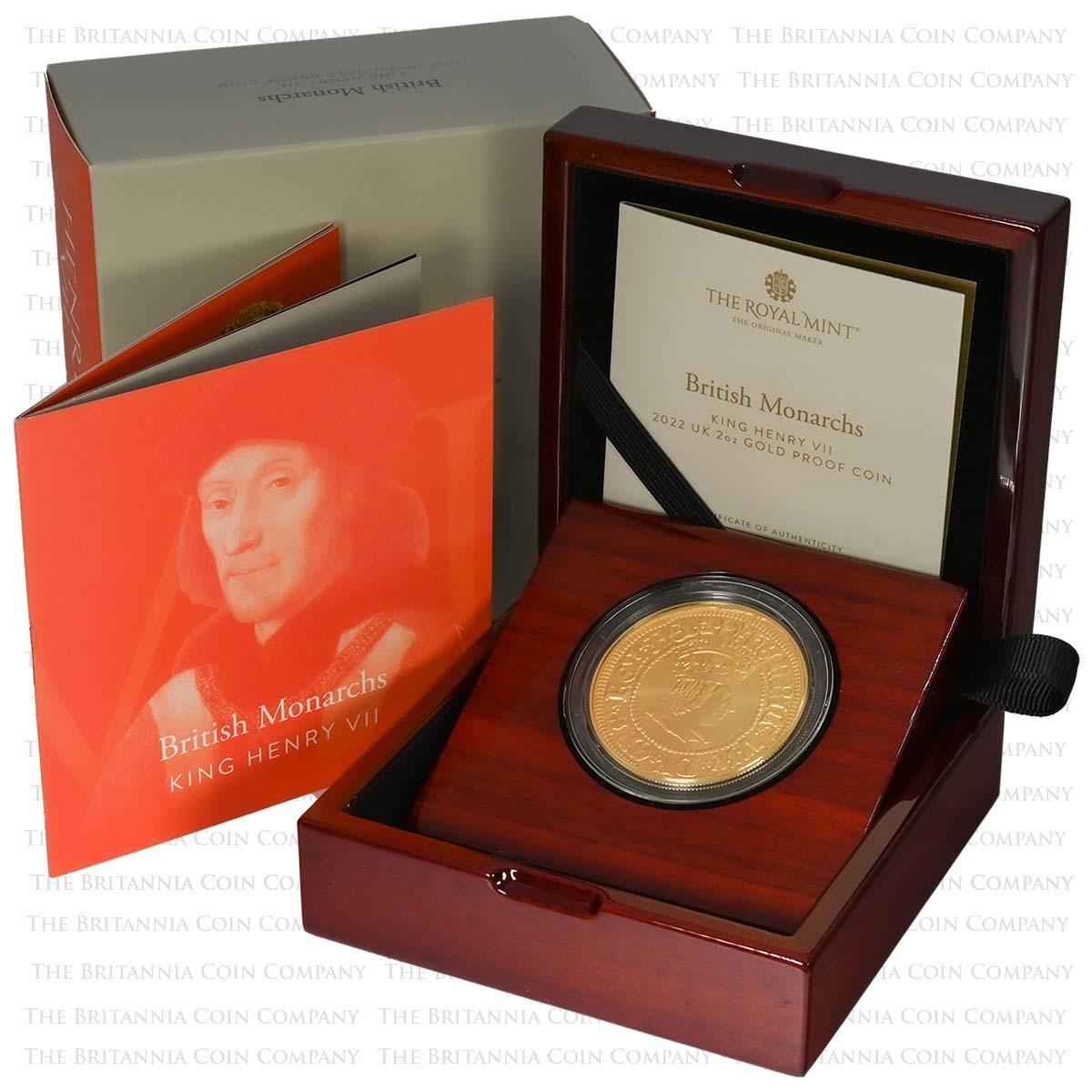 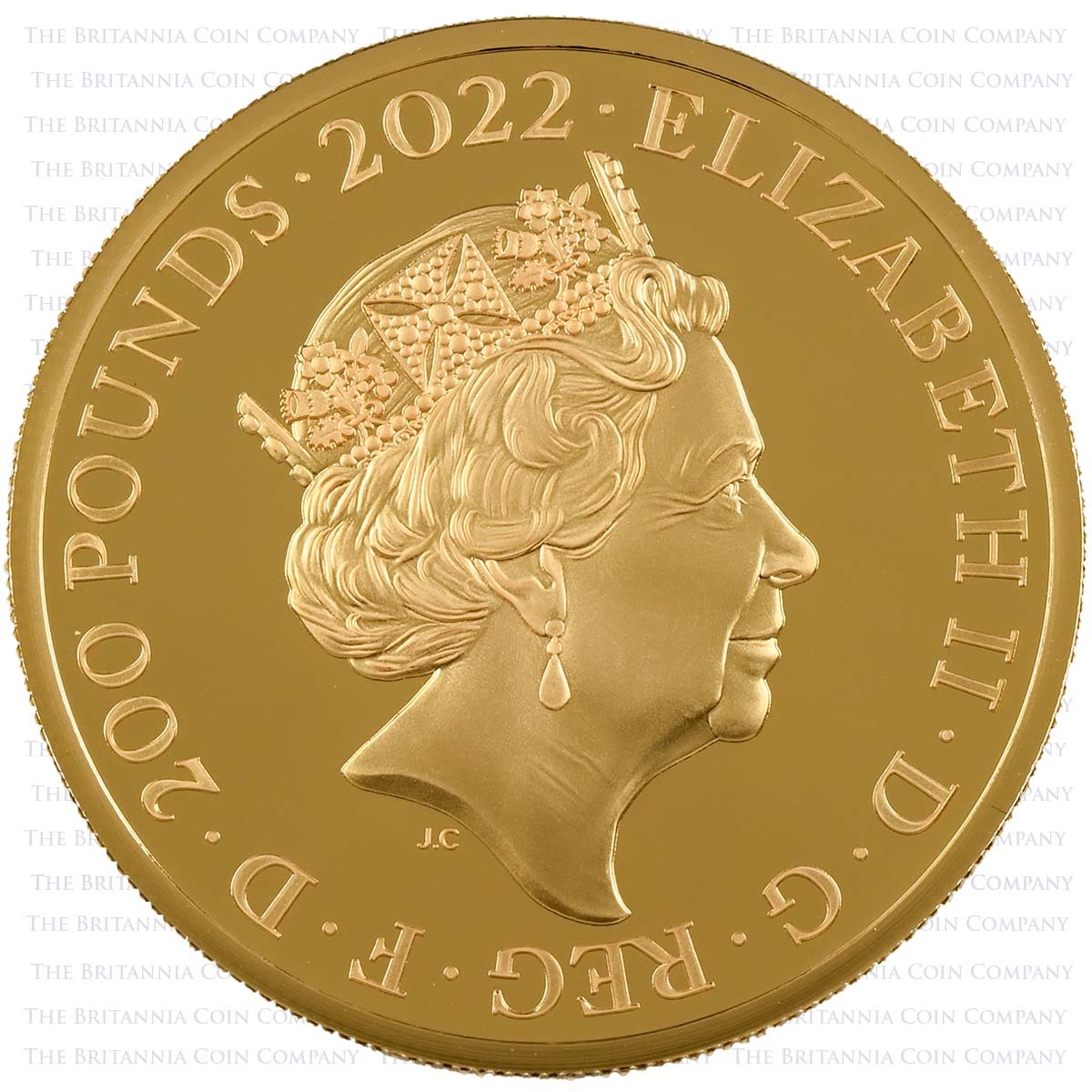 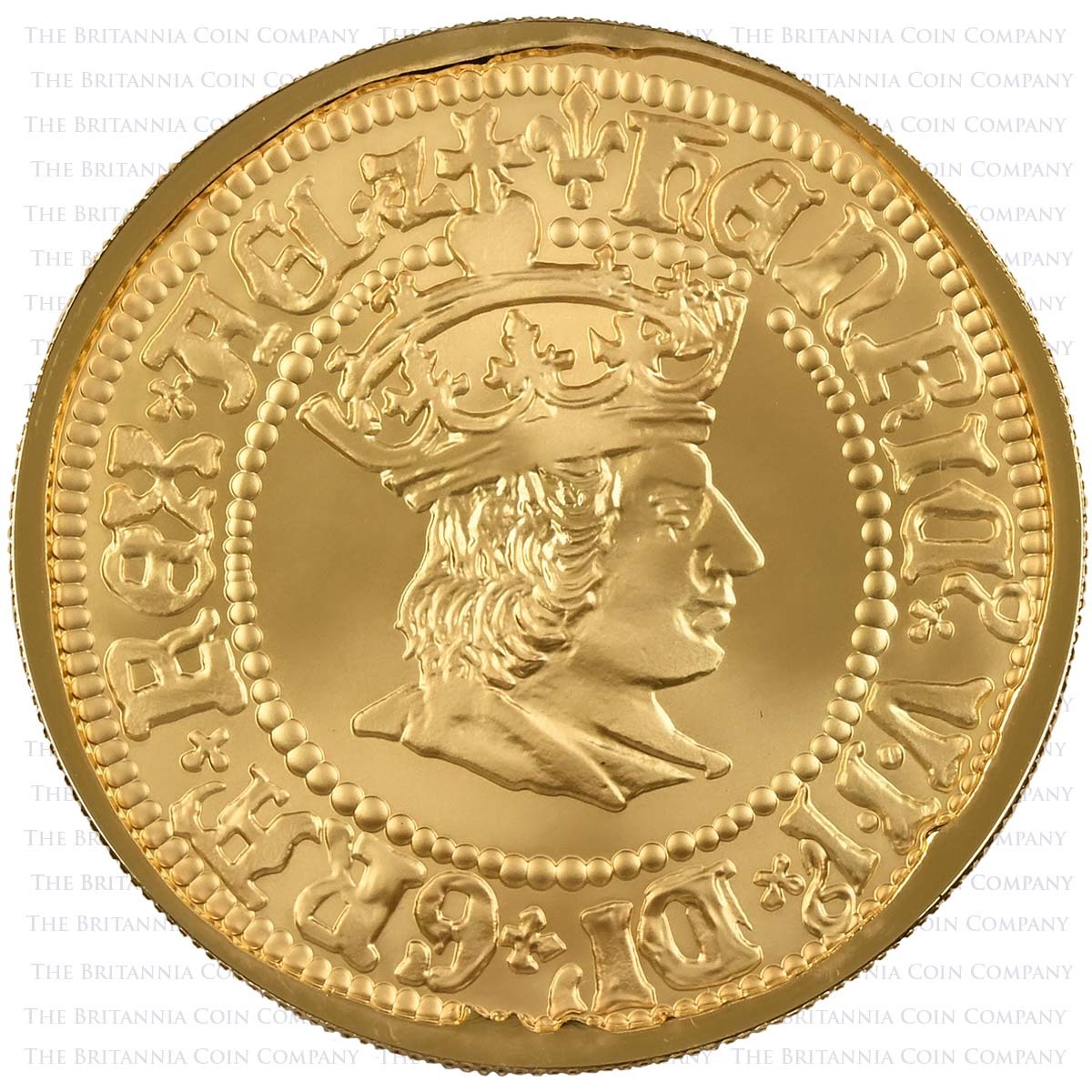 from
£4,995.00
Two oz gold coin featuring the first design in the British Monarch’s series. Celebrating some of the remarkable kings and queens who have graced British money, this new Royal Mint series will recreate 21 historic coins for a modern audience. The collection begins with the first Tudor monarch, Henry VII (ruled 1485 to 1509). He won his crown at the Battle of Bosworth Field and ushered in a period of stability after decades of civil war. His reign saw the introduction of the first gold Sovereigns as well as the use of a profile coinage portrait. It’s a rendition of this crowned effigy, attributed to Alexander of Bruchsal, that appears on this 2022 coin, remastered with modern design technology by The Royal Mint team. This is paired with Jody Clark’s portrait of Her Majesty the Queen. From a limited edition presentation of just 175, this coin is struck in 62.42 gram of 24 carat gold and has a 40.00 millimetre diameter. It’s finished to proof standard and has a face value of £200 / Two Hundred Pounds. You’ll receive your 2022 Henry VII coin in its original capsule and presentation packaging, accompanied by an information booklet and a numbered certificate of authenticity.
Log in to get notified when this product is back in stock.
Track Product
You are not logged in. Please Login to track this product.
Description Summary Specification Royal Mint About us

The first release features King Henry VII. He was the last English monarch to win his crown in battle, coming to the throne in 1485 after his victory at the Battle of Bosworth Field. He brought stability to the realm after a period of civil war and was peacefully succeeded by his son, Henry VIII, in 1509. Numismatically, his reign is remembered for the introduction of a new gold coin, called a Sovereign.

The reverse of coins in this new collection features a right-facing crowned portrait of Henry VII, inspired by the profile that appeared on the silver coins issued late in this king’s reign, attributed to Alexander of Bruchsal. The remastered design - the work of Royal Mint Chief Engraver Gordon Summers - combines the hand-crafted charm of historic hammered coinage and the refinement of modern minting technology.

Struck in 62.42 grams of 999.9 fine gold, this two ounce coin has a face value of £200 / Two Hundred Pounds and a diameter of 40.00 millimetres. It’s finished to proof standard and features a milled edge.

This British Monarchs coin comes from a limited edition presentation of just 175 pieces.

This 2022 coin is offered in its original packaging from The Royal Mint which consists of a wooden display box in which the coin is presented in a capsule. Also included: a detailed information booklet and a numbered certificate of authenticity.