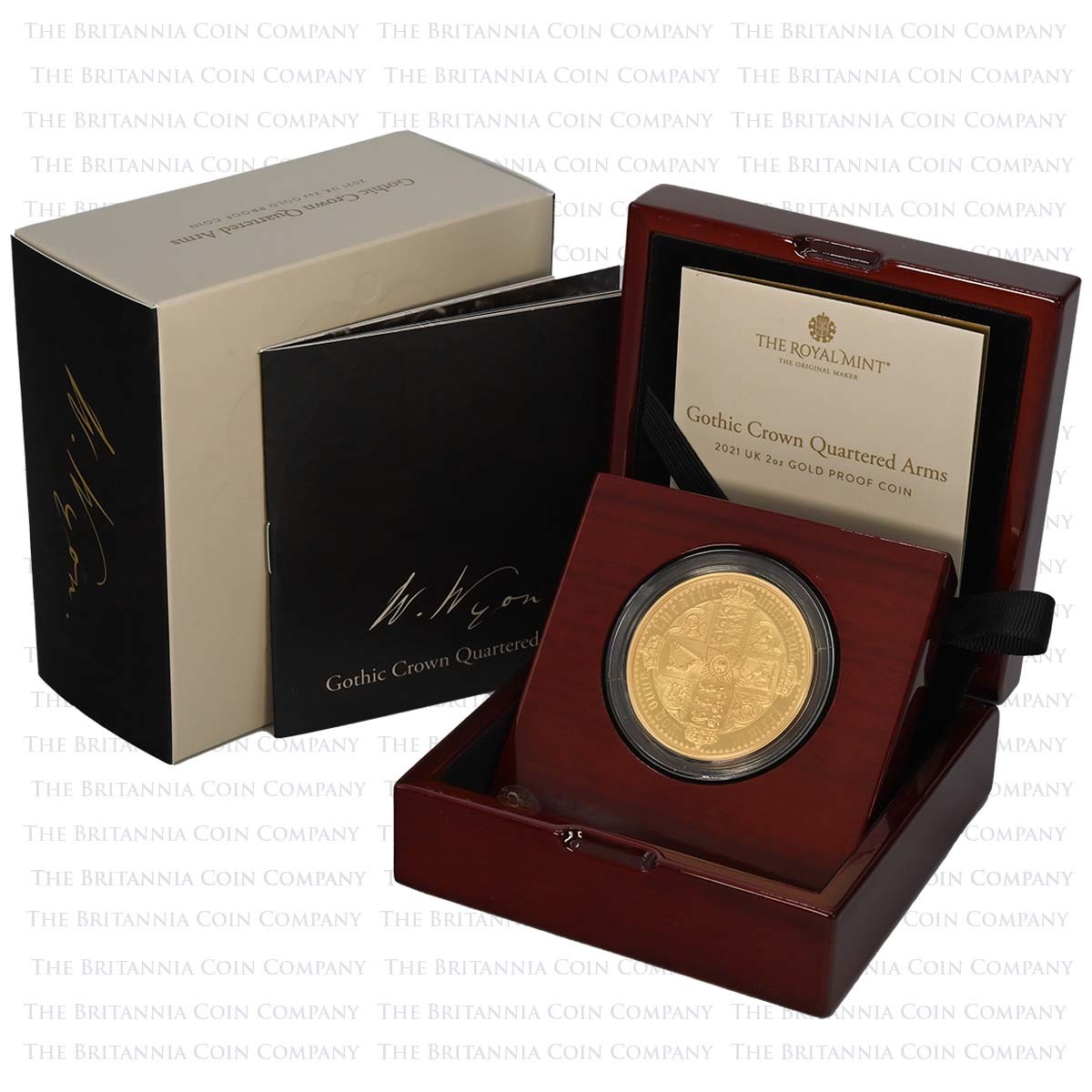 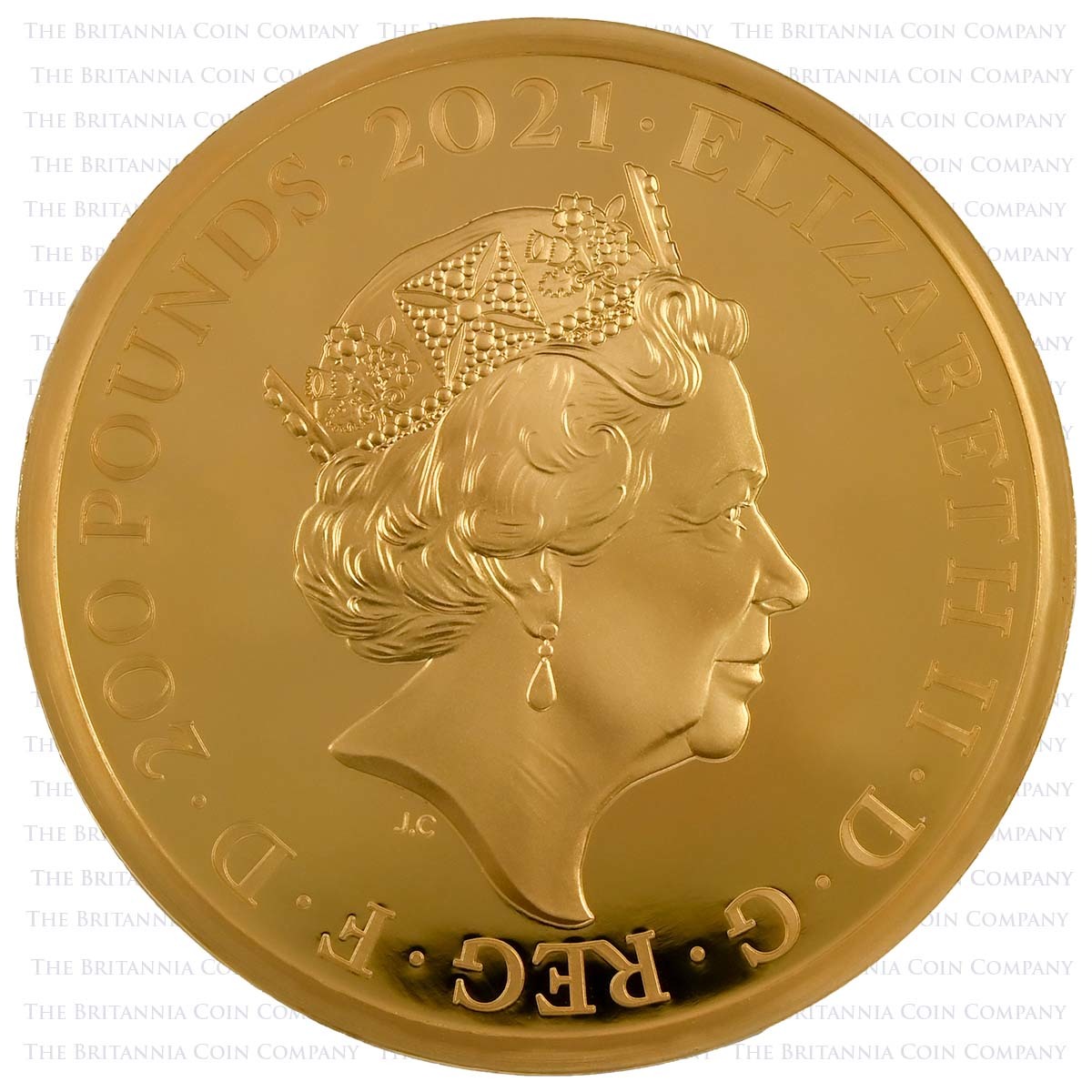 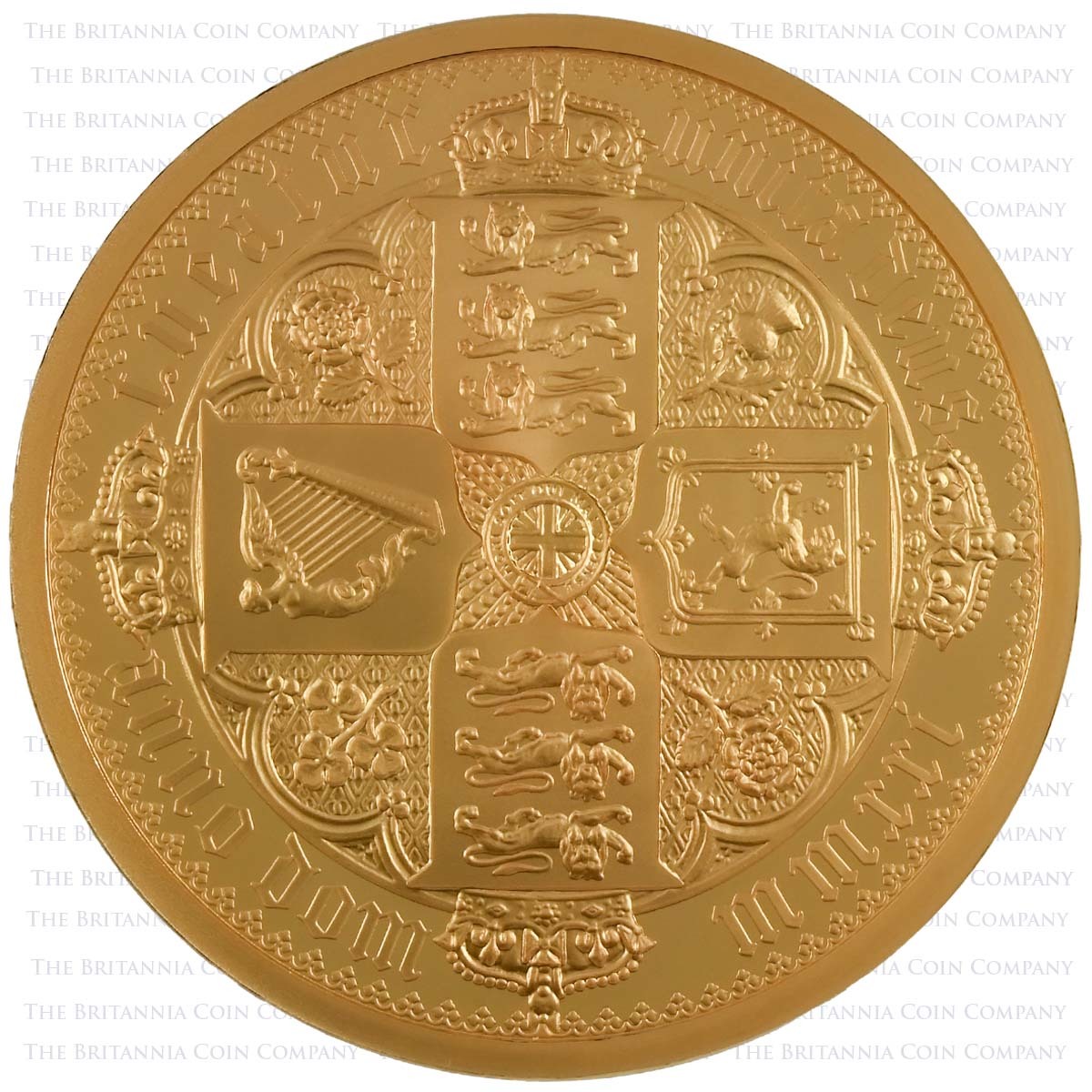 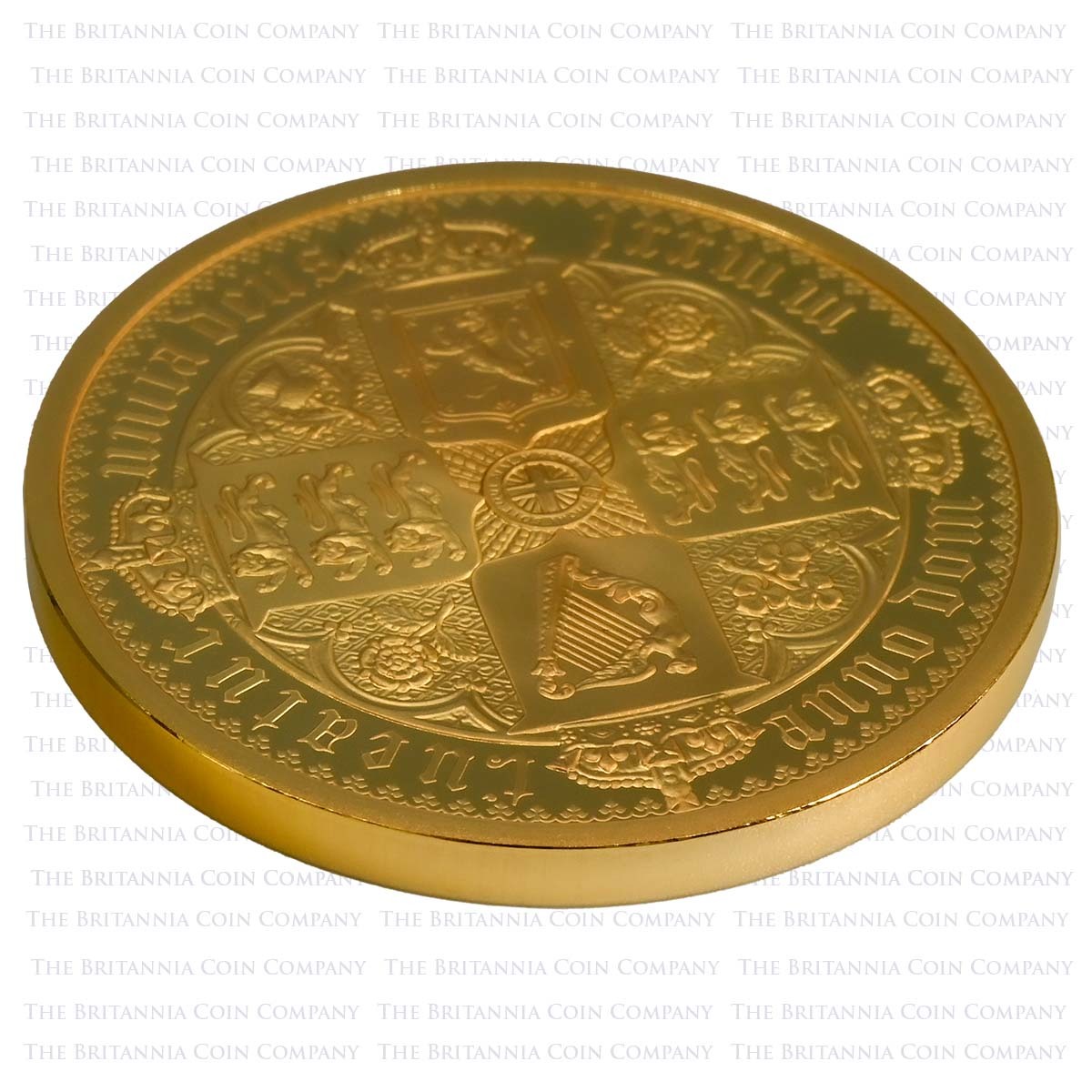 £15,000.00
(VAT Exempt)
List Price: £25,000.00
Limited edition plain edge proof variant of the 2021 Gothic Quartered Arms in 62.42 grams of 999.9 gold. From a limited mintage of 125, this 40.00 millimetre, £200 coin is struck to flawless proof standard and is offered in its original packaging with a numbered certificate of authenticity. The third release in The Royal Mint's groundbreaking Great Engravers series, this coin features a royal arms design that first appeared on the reverse of the 1847 silver Crown. Engraved by the renown William Wyon in collaboration with Scottish artist, William Dyce, the intricate, medieval-inspired detail led to this scarce piece becoming known as the Gothic Crown. The first of a two part release, this coin pairs the historic reverse design with Jody Clark's portrait of Her Majesty the Queen. Wyon's Gothic portrait of Queen Victoria will be reissued in early 2022. This example differs from the rest of the collection in that it features a smooth plain edge, rather than a milled edge. It’s the only denomination available with this feature in an already sought after issue.
Quantity
Cost Per Unit
Starts From
1+
£15,000.00
£15,000.00
Track Product
You are not logged in. Please Login to track this product.
Description Summary Specification Royal Mint About us

Working from the original designs, the Royal Mint's current Chief Engraver, Gordon Summers, has breathed new life into this historic masterpiece. Most original Gothic Crowns were struck in silver so its remarkable to see this design, struck to proof standard on a 62.42 gram gold coin.

This variant boasts a plain edge, differing from the milled detail of the rest of the coins in this collection.

This plain edge 2 oz gold coin is from a highly limited mintage of just 125 pieces.

Like other Quartered Arms coins its composed of 999.9 gold and is offered in its original packaging from The Royal Mint with an information booklet and a numbered certificate of authenticity.

The second modern Gothic Crown will be released in early 2022, featuring a remastered version of the portrait of Queen Victoria, engraved by William Wyon for the 1847 coin.

We're offering a comprehensive range of other 2021 Quartered Arms Gothic Crowns, including: