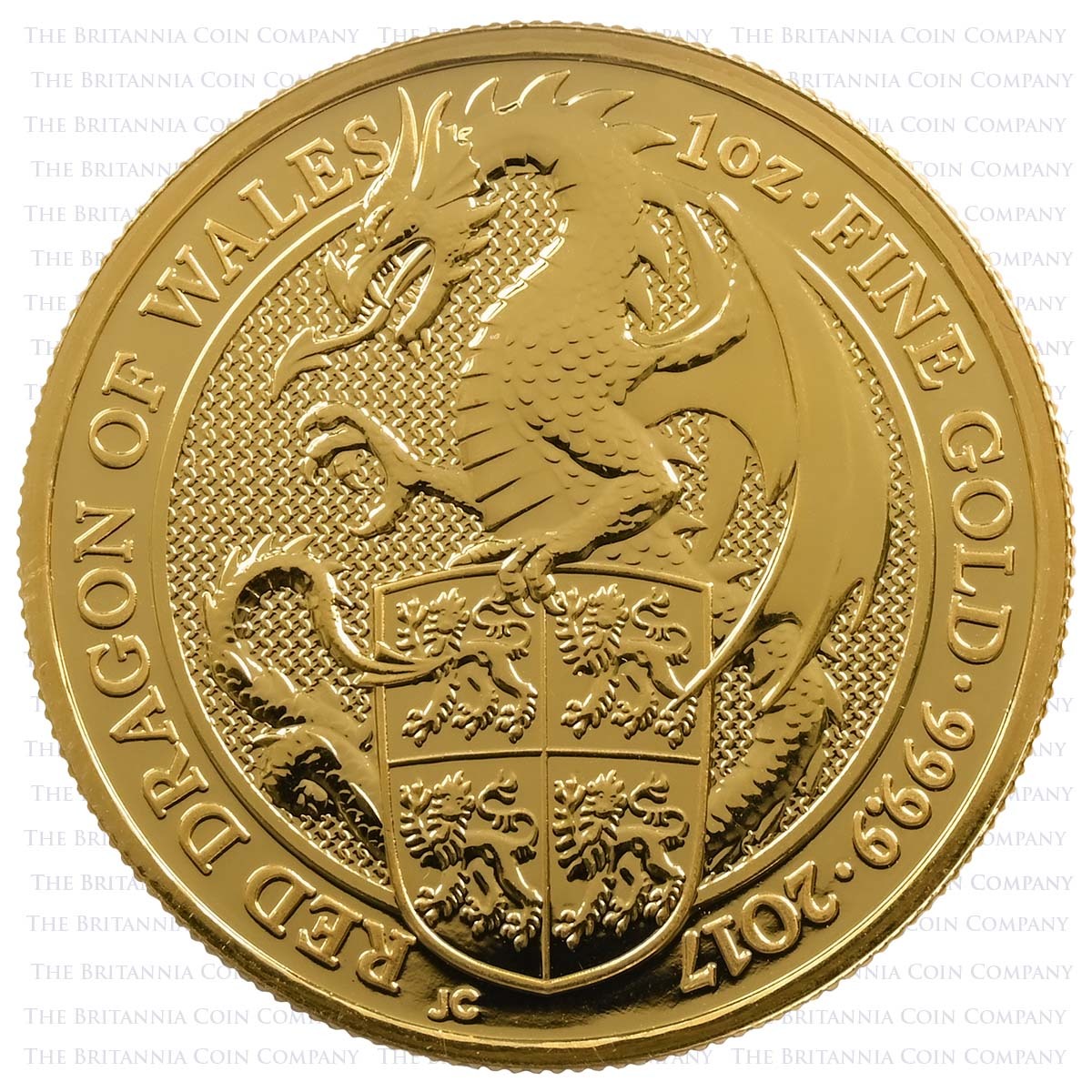 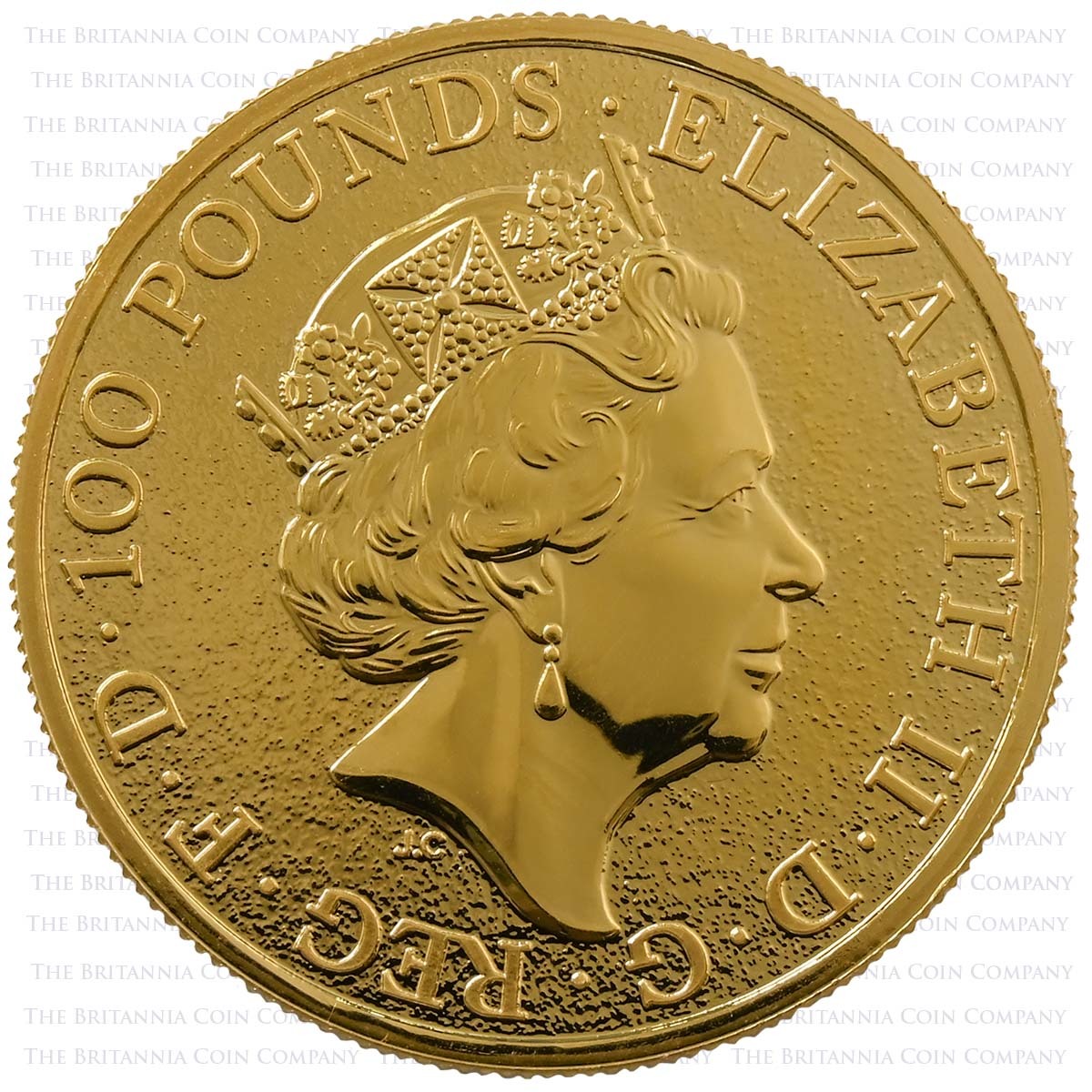 from
£1,950.00
(VAT Exempt)
The third Queen’s Beast, the Red Dragon of Wales on a one ounce bullion coin. A new addition The Royal Mint’s sought-after series, following the Lion of England and the Griffin of Edward III. The Queen’s Beasts were inspired by a series of statues displayed at Her Majesty the Queen’s 1953 Coronation. They took the form of the real and mythological creatures that appear on either side of the Coats of Arms of British royal and noble houses. The Y Ddraig Goch (red dragon) has been associated with Wales since the sixth-century. The snarling serpent that stars on this coin curls its tail around the coat of arms of Llywelyn ap Gruffudd, the last native Prince of Wales before the nation’s conquest by English King Edward I. Later, during the reign of the Tudor monarchs, this Queen's Beast was used as a supporter in the English Crown's coat of arms. Like all the coins in this series the Red Dragon of Wales design is the work of Jody Clark. He’s also responsible for the portrait of Elizabeth II that appears on the obverse. Queen’s Beasts bullion coins display an attractive chain mail texture in the field behind the creature. This edition has a face value of £100 and is composed on 31.21 grams of .9999 gold. The diameter is 32.69 millimetres.
Log in to get notified when this product is back in stock.
Track Product
You are not logged in. Please Login to track this product.
Description Summary Specification Royal Mint About us

The Red Dragon was the third Queen's Beasts bullion coin, released in 2017. A proof edition would be offered the following year.

One Ounce of Gold

This Queen's Beasts coin is struck to an uncirculated finish in 31.21 grams of 999.9 fine gold and contains one troy ounce of precious metal. This 22 carat gold composition makes them purer than Gold Britannias which are slightly heavier but contain a similar amount of gold.

The face value of this Red Dragon coin is £100 / One Hundred Pounds.

This gold bullion coin is legal tender and therefore exempt from Capital Gains Tax in the UK and European Union. An additional benefit: these one ounce Queen's Beasts Completer coins are VAT free making them an excellent investment.