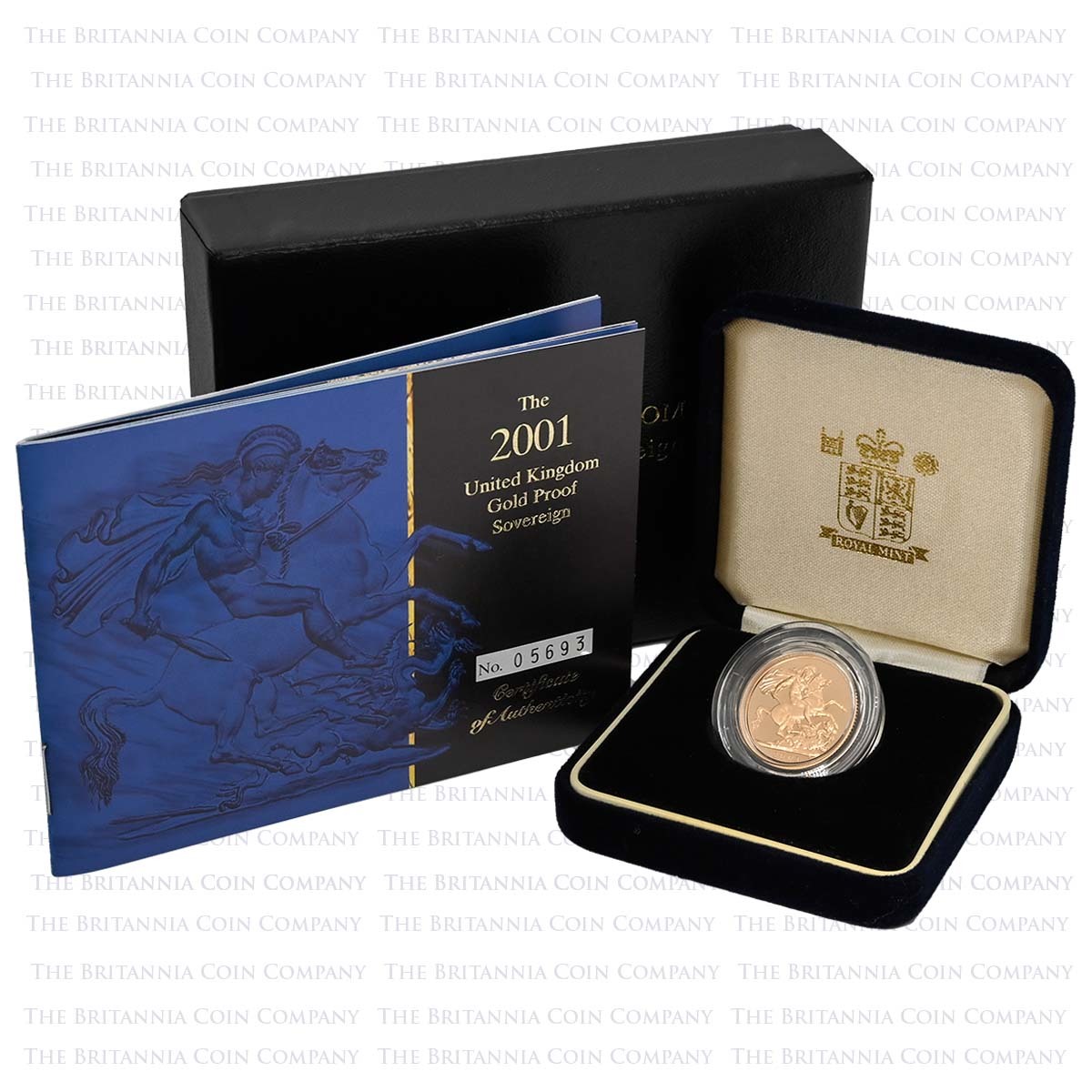 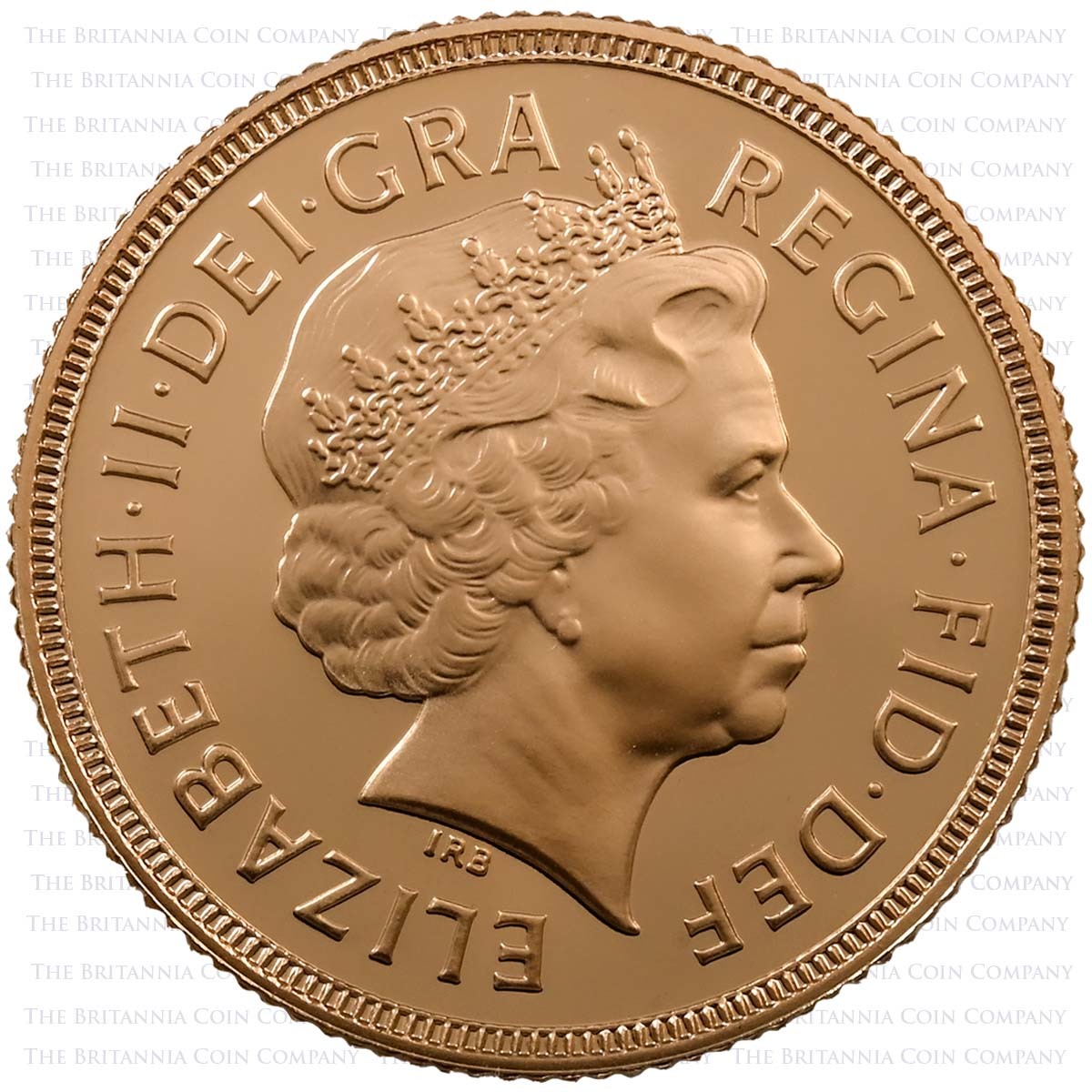 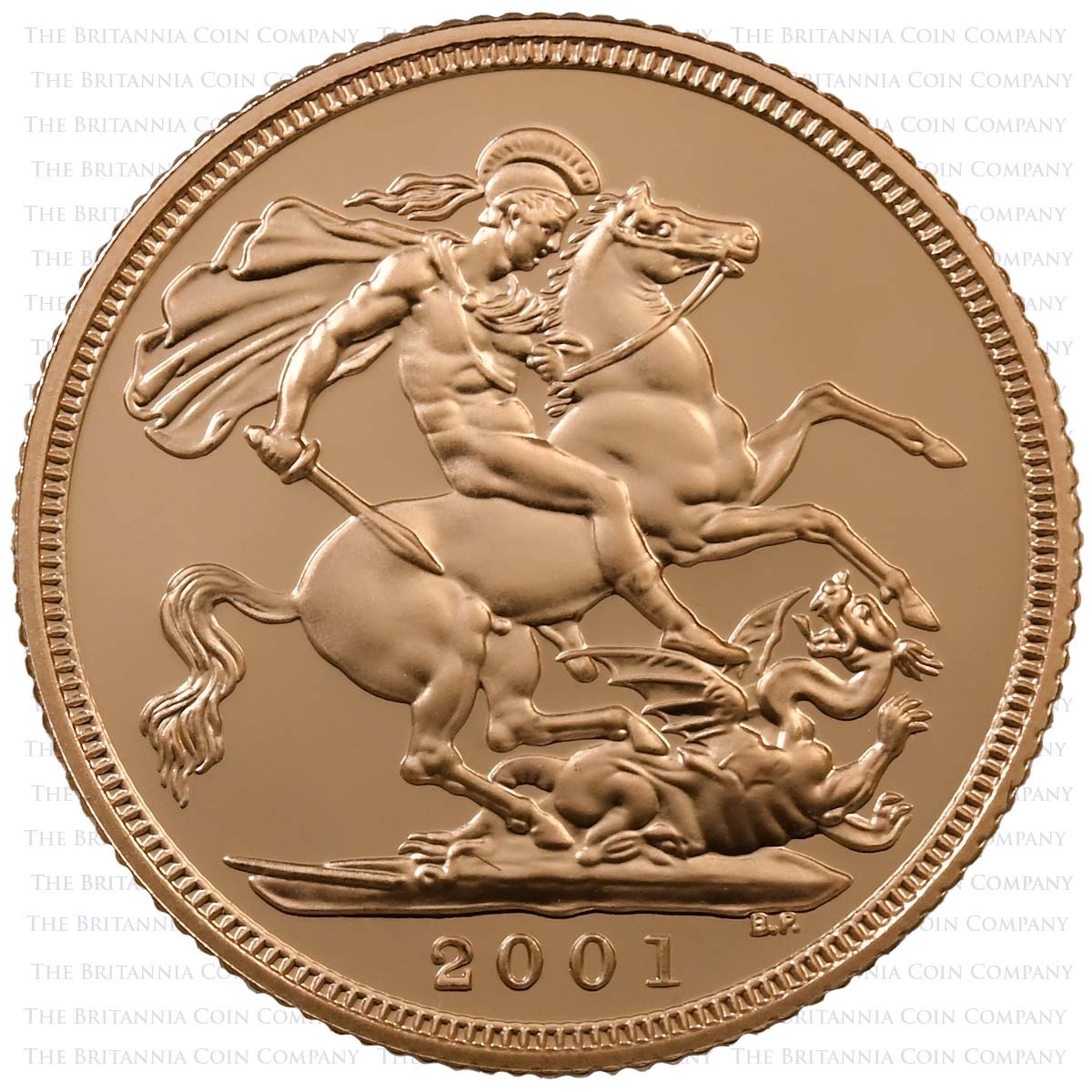 from
£495.00
(VAT Exempt)
One of just 8,915 proof Sovereigns issued by The Royal mint in this year! This 2001 coin features the fourth definitive portrait of Her Majesty the Queen. Crafted by the sculptor, Ian Rank-Broadley, it was in use on British coinage between 1998 and 2015. This mature portrait shows Queen Elizabeth II facing right and wearing Queen Mary’s Girls of Great Britain and Ireland tiara. The artists initials - IRB - appear below the portrait. The reverse of this Sovereign shows a classic engraving, long associated with these prestigious gold coins. Design for the first modern Sovereigns, issued in 1817 it is the work of Italian artist Benedetto Pistrucci and shows England’s patron saint, George, in the act of slaying a dragon. The beast is crushed under his rearing horses hooves, below which is the date and the artists initials. It’s an instantly recognisable motif. You can appreciate both obverse and reverse as the creators intended thanks to the the fine proof finish of this Sovereign. Intended for collectors, proof coins have a greater degree of detail than their bullion and circulating counterparts thanks to multiple strikes of hand prepared dies. This 2001 issue maintains the rigid specifications set down for British Sovereigns: it’s composed of 7.98 grams of 22 carat gold, has a diameter of 22.05 millimetres and a milled edge. It’s offered in its original case and capsule from The Royal Mint with a numbered certificate of authenticity enclosed.
Log in to get notified when this product is back in stock.
Track Product
You are not logged in. Please Login to track this product.
Description Summary Specification Royal Mint About us Reviews

Only 8,915 proof Sovereigns were issued by The Royal Mint in 2001, not including those in sets.

The finish is preserved by the original  presentation box that the coin comes in. Also included: a numbered certificate of authenticity.

Like all Sovereigns, this 2001 example is exempt from Capital Gains Tax as UK legal tender and free from VAT in the UK and EU as investment grade gold.

The product was as described
Susan Grout
14th June 2022
You may also like...
Here are some related products