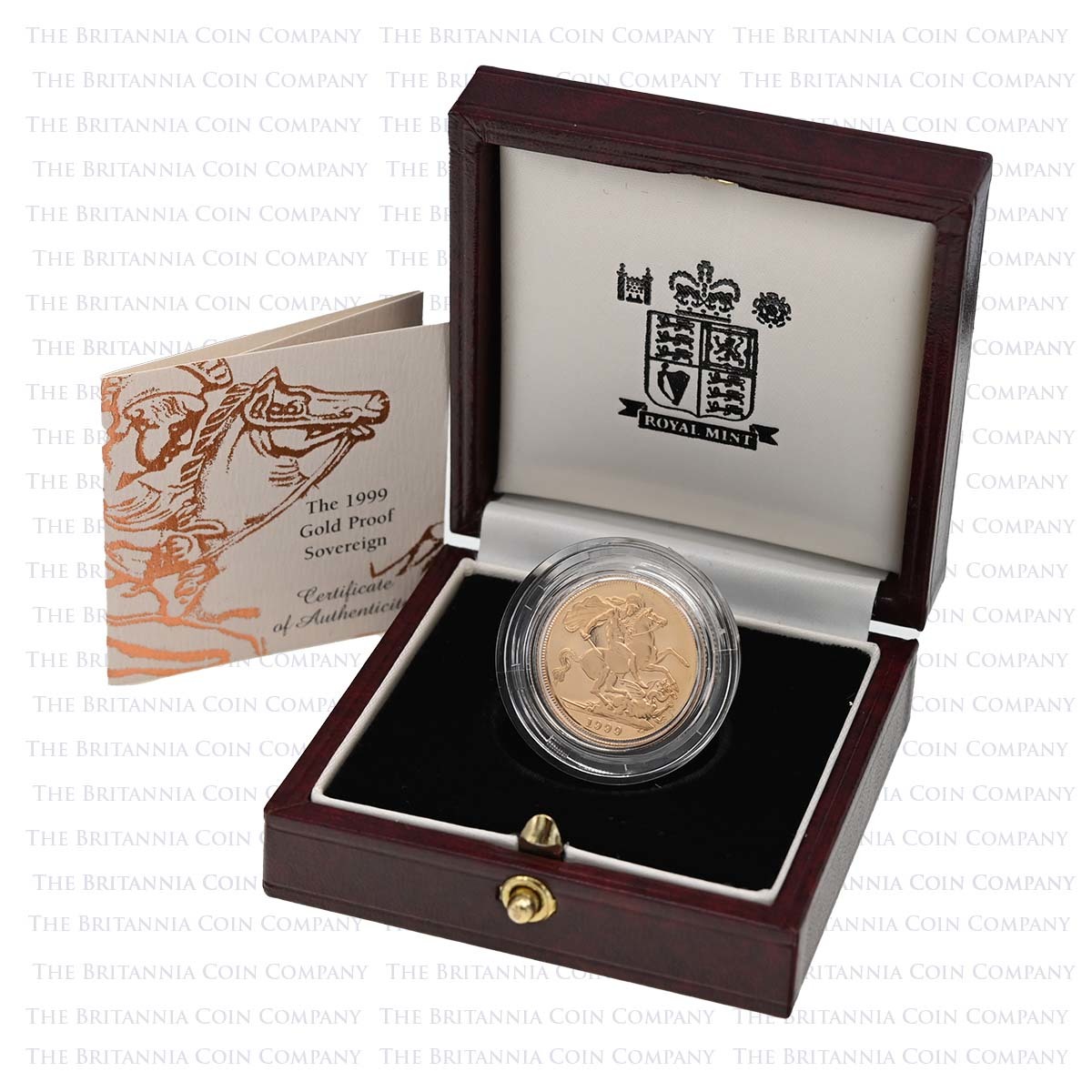 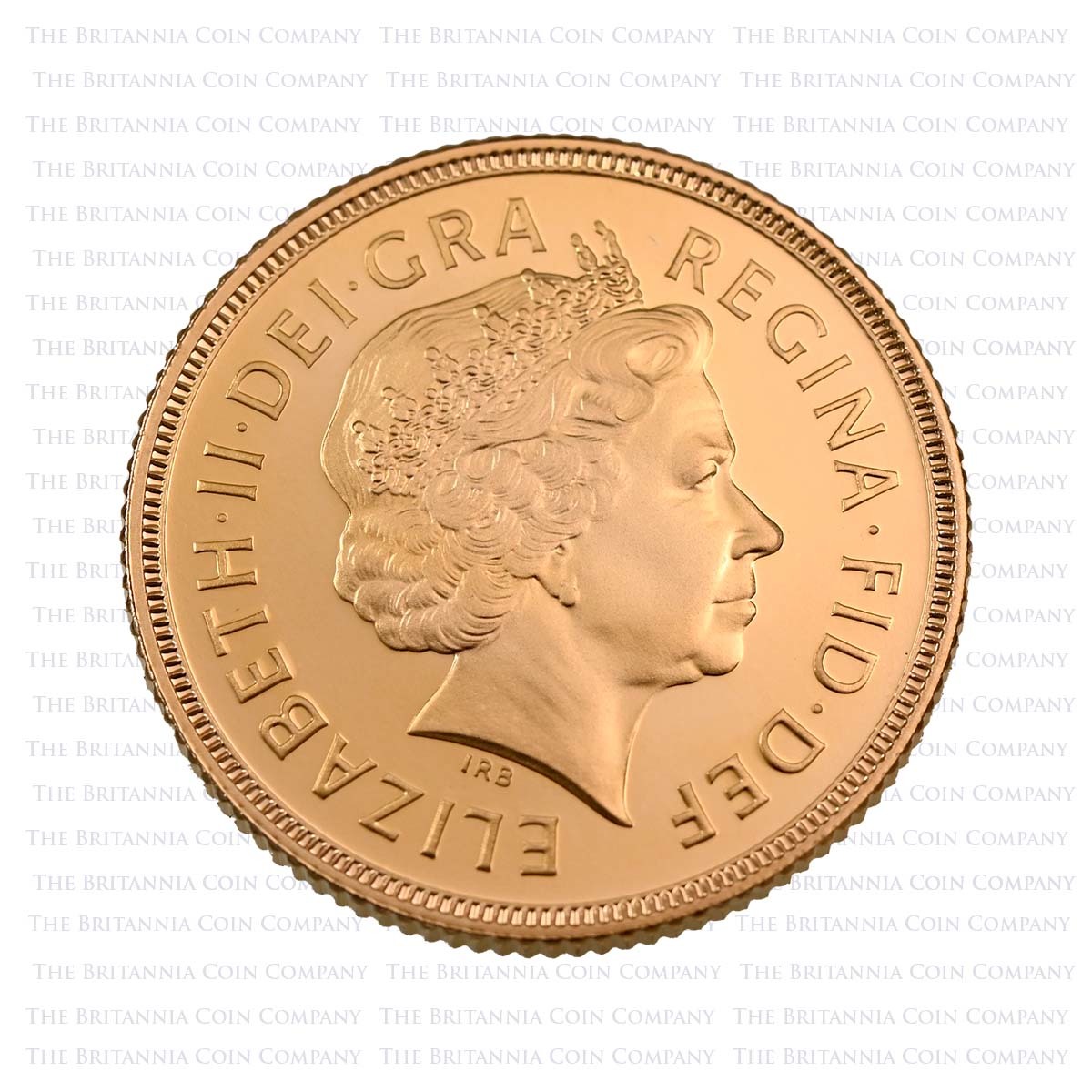 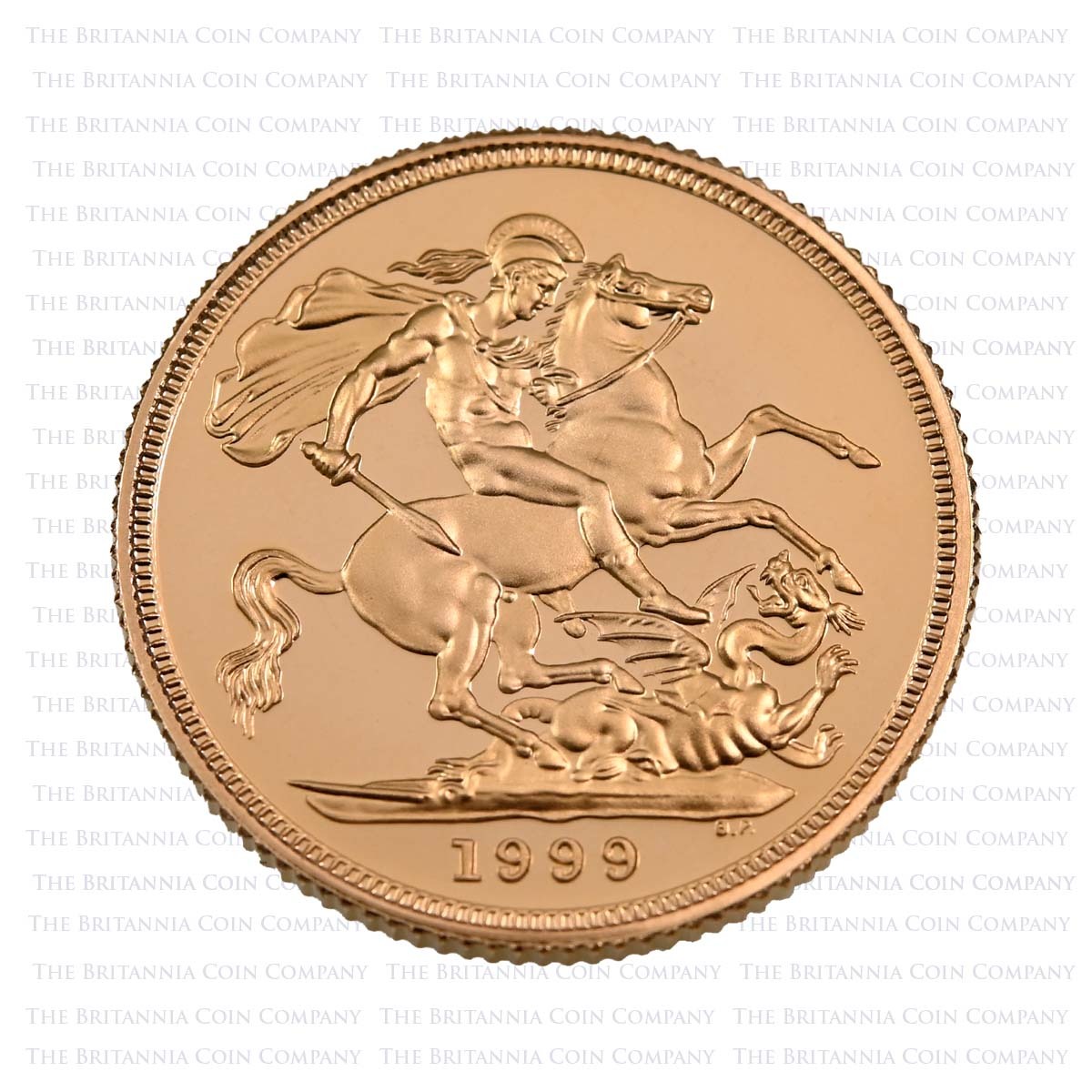 from
£550.00
(VAT Exempt)
The gold proof Sovereign for 1999. This coin would make an excellent memento if that’s a special year for you. The obverse shows Ian Rank-Broadley’s mature portrait of Her Majesty Queen Elizabeth II. It was introduced to British currency the year before and can be appreciated here in all its majesty thanks to the proof finish of this coin. Intended for collectors, proof Sovereigns have a finer finish than their bullion counterparts and are issued in smaller numbers. The reverse shows the classic image of Saint George, mounted on a rearing horse, captured int he act of slaying a dragon. It’s an engraving that was created for the first modern Sovereigns, struck in 1817, by an Italian artist named Benedetto Pistrucci. The image of England’s patron saint has been a perennial presence on gold Sovereigns since their inception. Like its predecessors, this highly-collectible coin is struck in 7.98 grams of 22 carat gold. It has a milled edge and measured 22.05 millimetres in diameter. This example is offered in its original presentation capsule and dark red leather case from The Royal Mint. A numbered certificate of authenticity is enclosed. This proof Sovereign is one of just 11,903 issued in this year, not including those offered in sets.
Quantity
Cost Per Unit
Starts From
1+
£550.00
£550.00
Track Product
You are not logged in. Please Login to track this product.
Description Summary Specification Royal Mint About us

Just 11,903 1999 proof Sovereigns were issued by The Royal Mint, not including those in sets.

The finish is preserved by the original dark red leather presentation box that the coin comes in. Also included: a numbered certificate of authenticity.