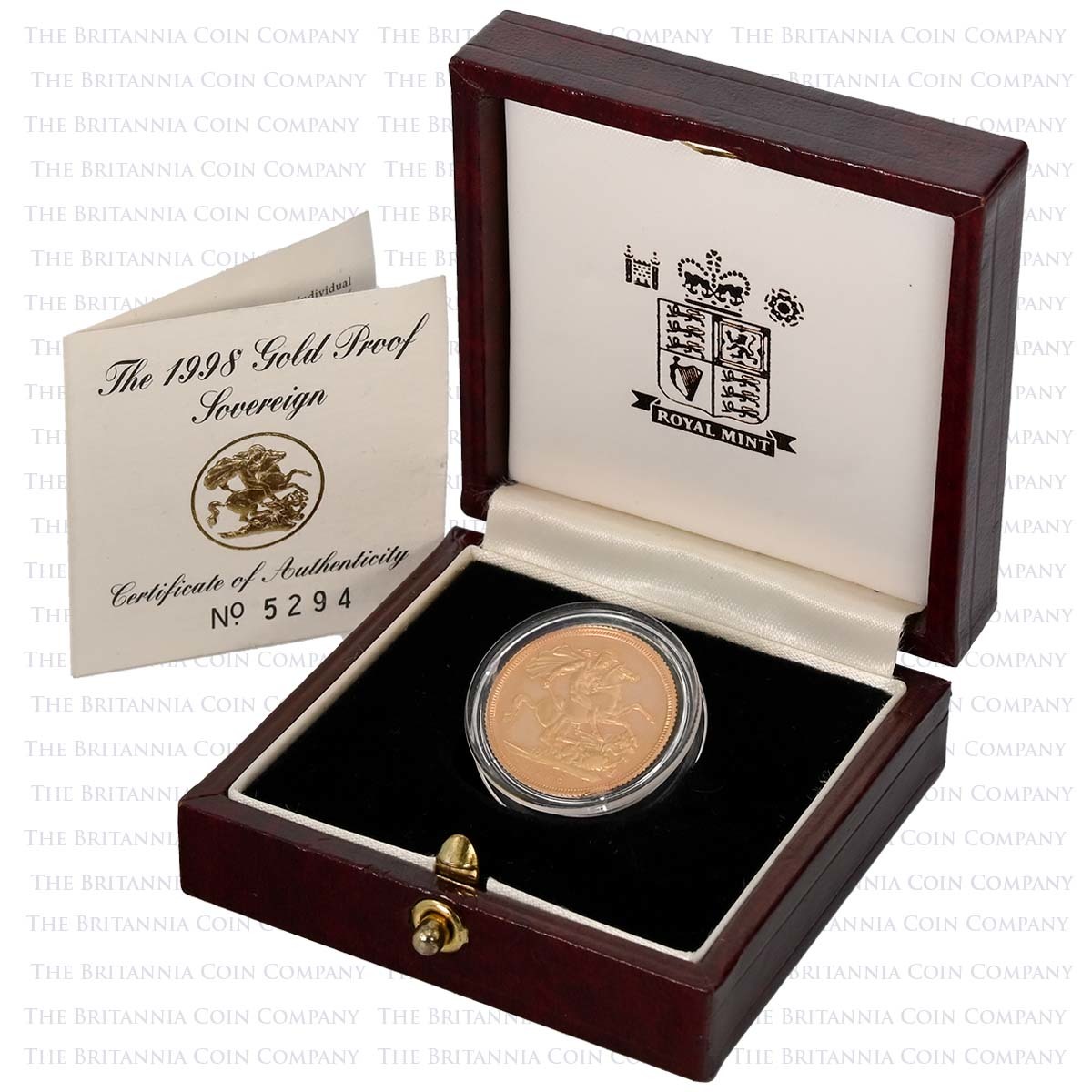 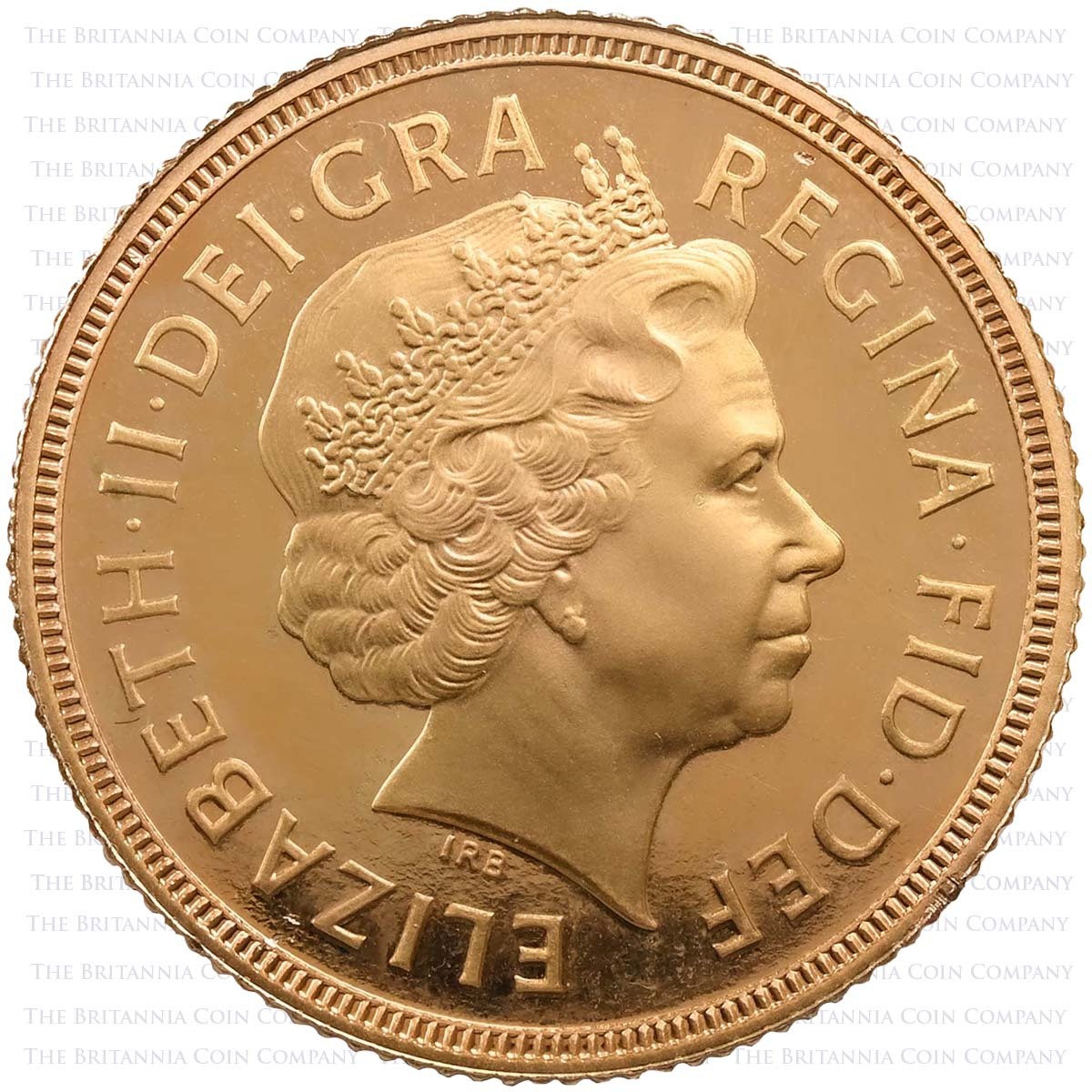 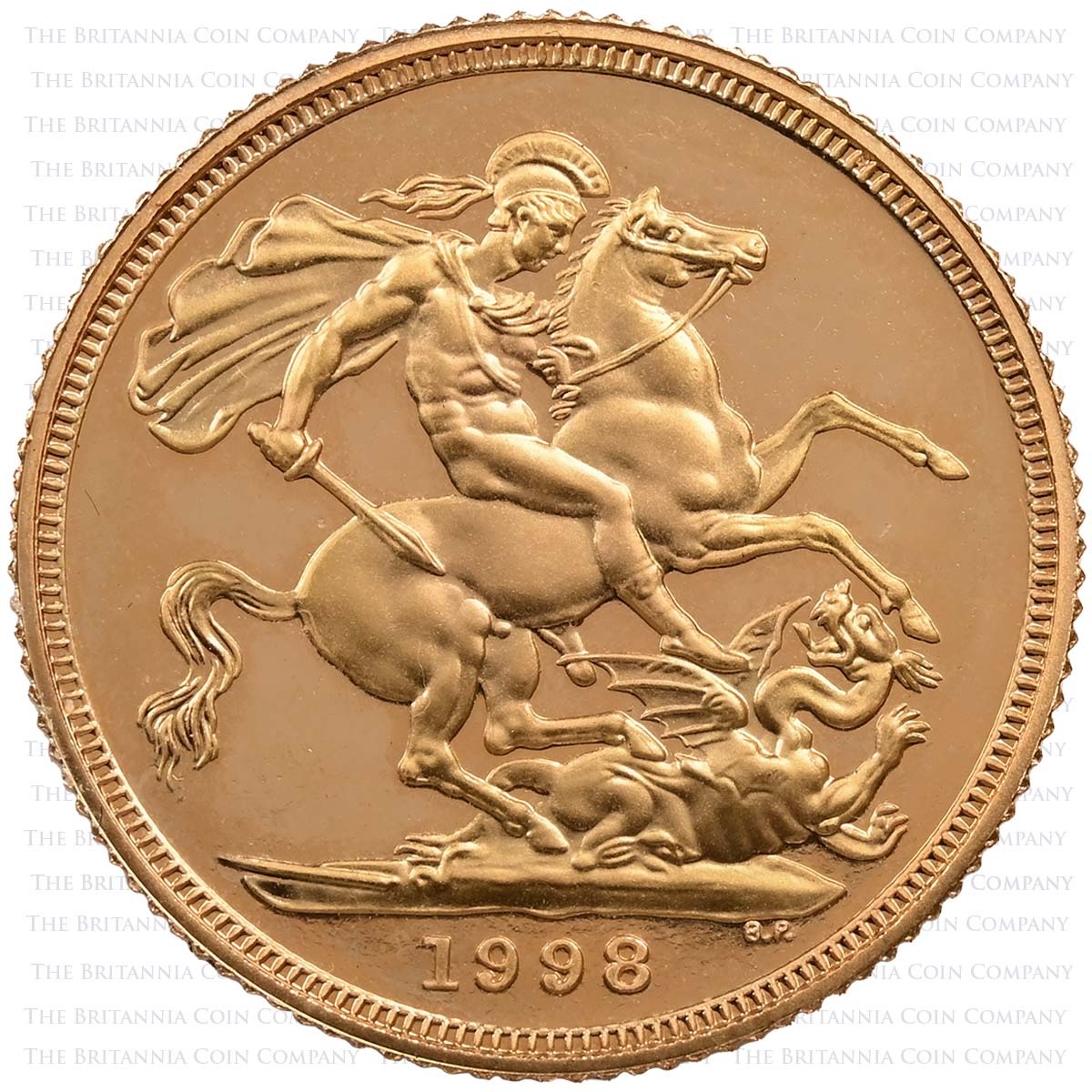 £550.00
(VAT Exempt)
Limited edition gold proof Sovereign, dated 1998. These prestigious gold coins have been struck by The Royal Mint since 1817 though their name comes from an earlier Tudor gold coin. This 1990s edition features the same reverse that was used on the 1817 coins which shows England’s patron saint on horseback in the act of slaying a dragon. The Saint George engraving is the work of Italian artist Benedetto Pistrucci. It’s been a perennial presence on gold Sovereigns down the years. This is paired with a modern portrait of Queen Elizabeth II by Ian Rank-Broadley to the obverse. The definitive coinage portrait used on British money changed in this year from the previous effigy by Raphael Maklouf to the updated, older version by Rank-Broadley. This portrait would be used on Sovereigns right through to 2015 but this is its first outing. Like all gold Sovereigns, this one is composed on 7.98 grams of 22 carat gold and has a diameter of 22.05 millimetres. It’s finished to proof standard. Proof coins have a finer finish than their bullion counterparts and are intended for collectors who appreciate their look and the fact that less are minted. Only 11,349 were issued in this presentation. You’ll receive your 1998 gold proof Sovereign in its original presentation packaging with a numbered certificate of authenticity.
Quantity
Cost Per Unit
Starts From
1+
£550.00
£550.00
Track Product
You are not logged in. Please Login to track this product.
Description Summary Specification Royal Mint About us

Pistrucci’s reverse is paired with Ian Rank-Broadley's portrait of Her Majesty the Queen. In use between 1998 and 2015, this fourth official effigy shows a greater degree of realism than its idealised predecessors. Broadley’s initials - IRB - appear below the truncation of Elizabeth II's neck.

While bullion Sovereigns are minted in large numbers by The Royal Mint each year, only a small number of proof coins are offered. Intended for collectors, proof coins have a high-definition finish, achieved with multiple strikes of hand-prepared dies.

Just 11,349 1998 proof Sovereigns were issued by The Royal Mint, not including those in sets.

The finish is preserved by the original velvet-lined presentation box that the coin comes in. Also included: a numbered certificate of authenticity.