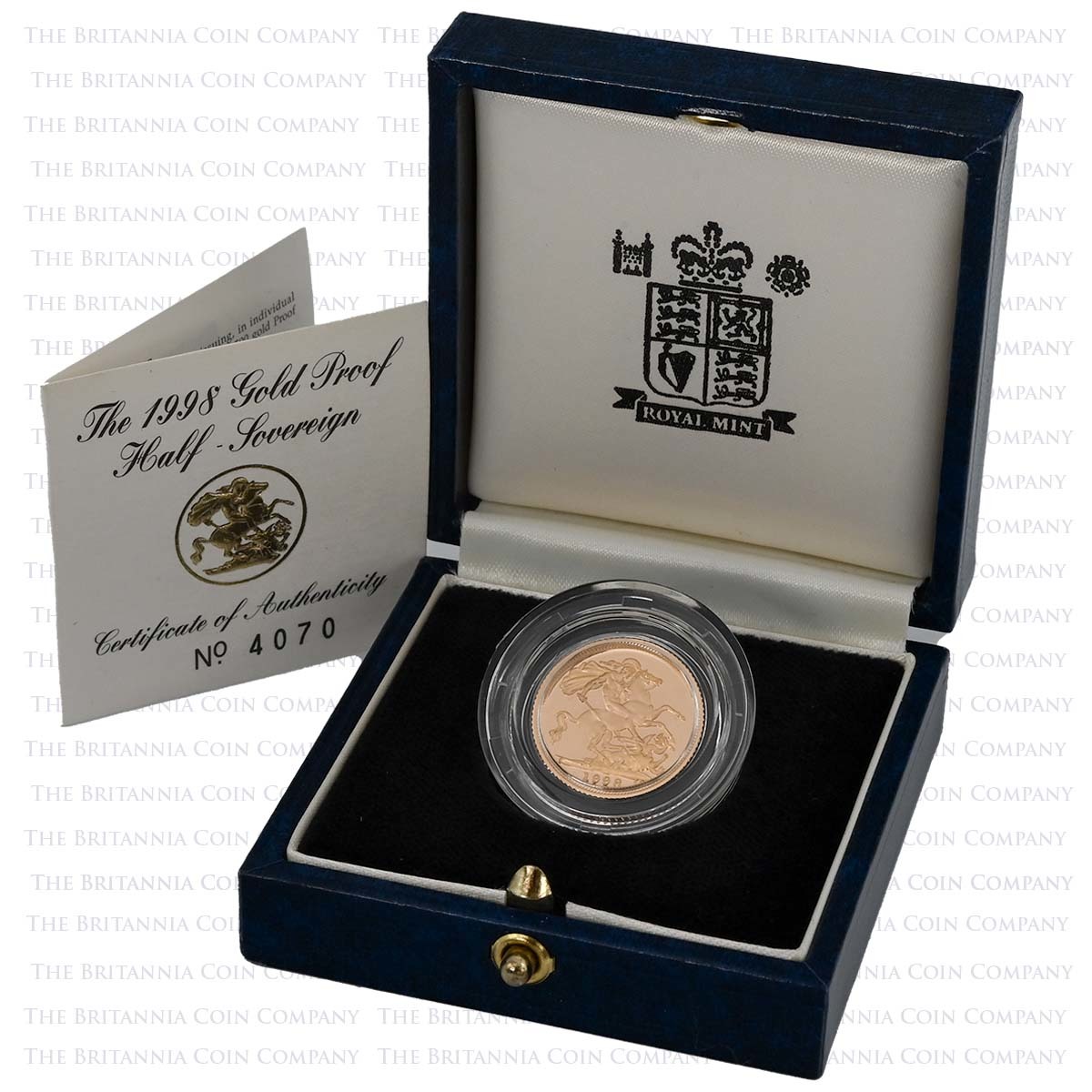 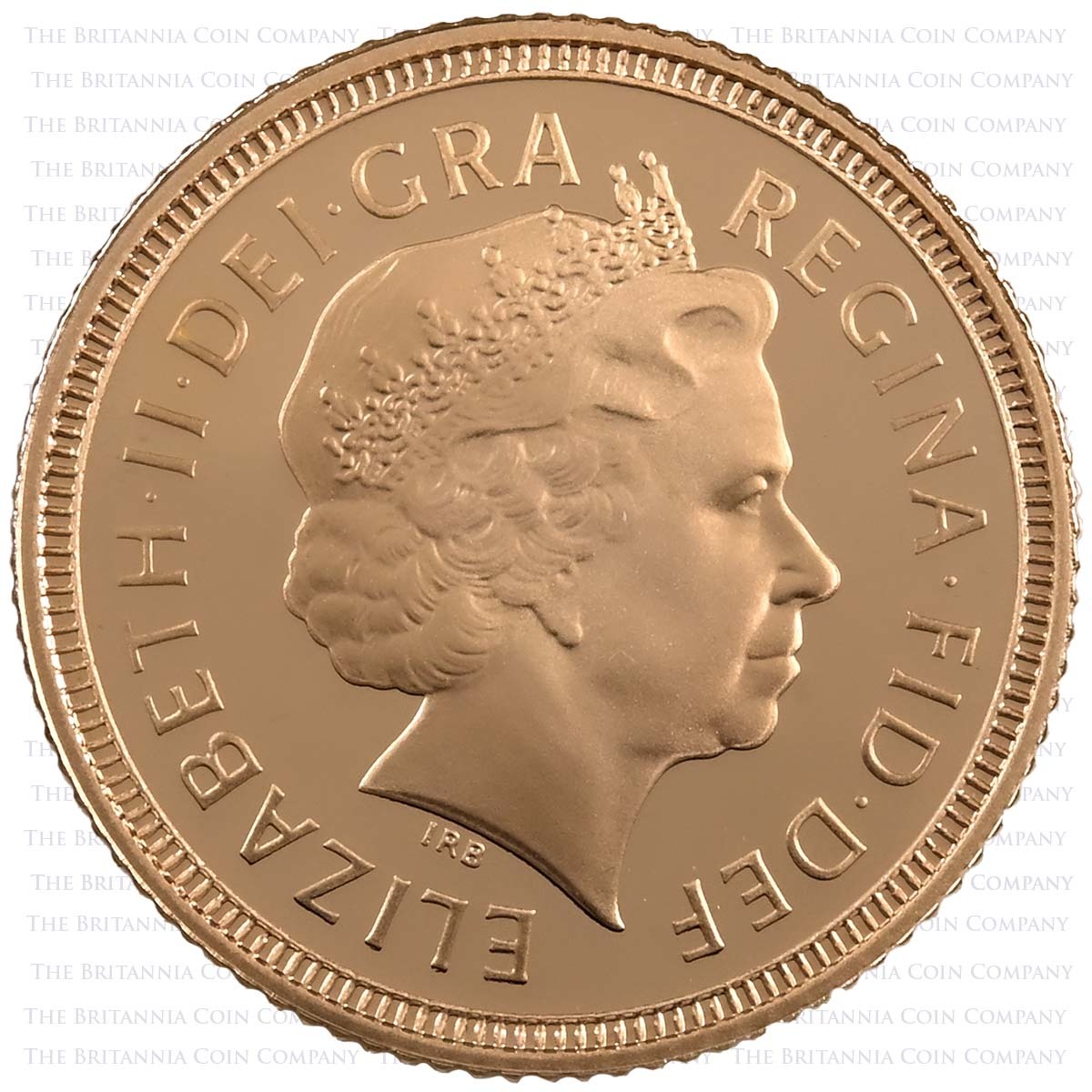 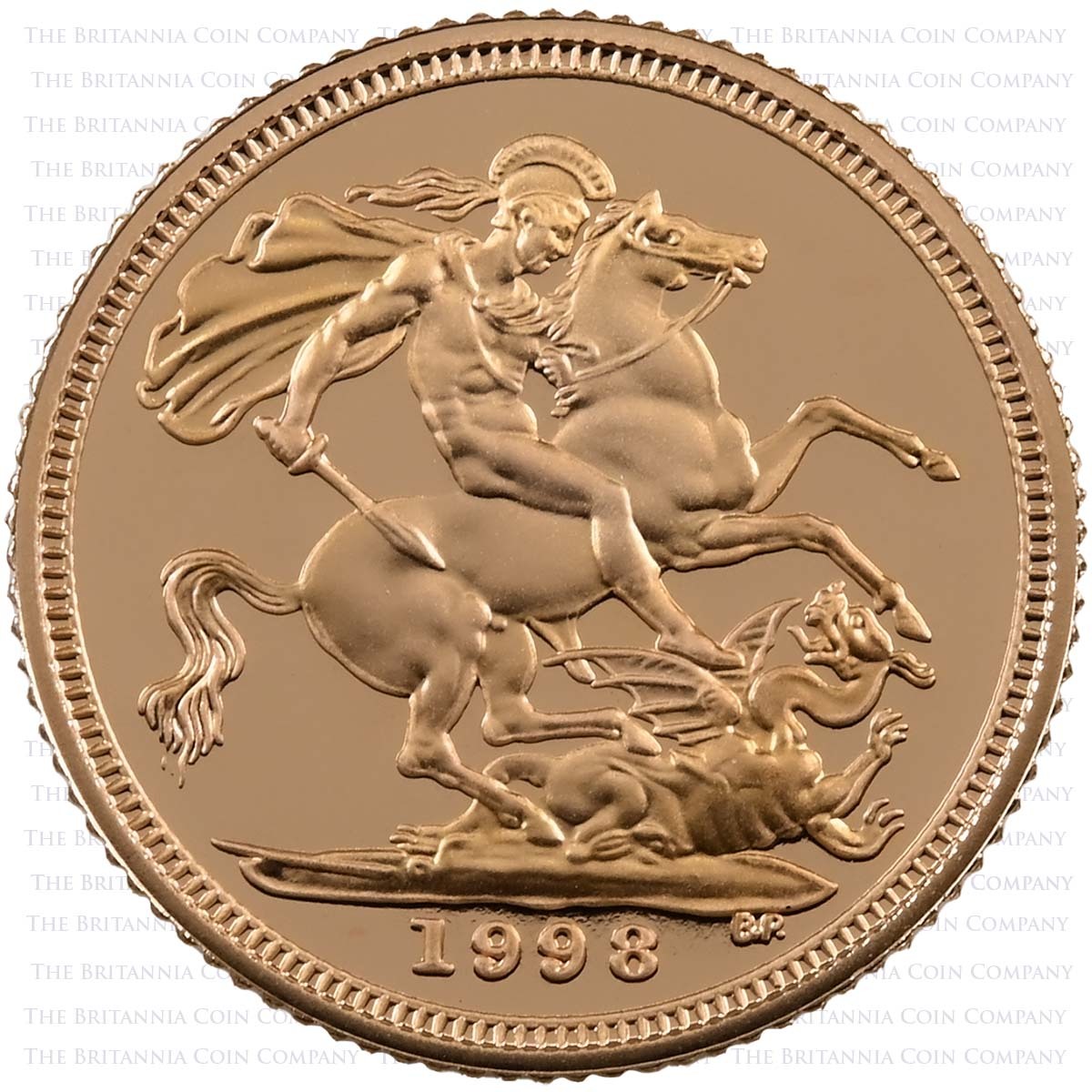 from
£260.00
(VAT Exempt)
Gold proof Half Sovereign from The Royal Mint, dated 1998. This was the first Half Sovereign to feature a new portrait of Her Majesty the Queen by Ian-Rank Broadley, introduced in this year. This replaced the Raphael Maklouf effigy (used 1985 to 1997) and presents a more mature image of Elizabeth II wearing a tiara. The artists initials - IRB - appear below the truncation of her neck. This new image is paired with an age old one, just on Half Sovereigns since they were first minted in 1817. It’s the work of Italian artist Benedetto Pistrucci and stars England’s patron Saint, St George in the act of slaying a dragon. The beast cowers under the hooves of the horse that rears above him, carrying the sword wailing saint, dressed in little but a helmet. It’s an instantly recognisable image, closely associated with gold Sovereigns. This 1998 coin conforms to traditional specifications in that it is composed of 3.99 grams of 22 carat gold. The coin’s proof finish is protected by its original presentation capsule and case from The Royal Mint. Proof coins are intended for collectors, their fine craftsmanship allowing you to appreciate the coins designs in all their glory. Just 6,147 proof Half Sovereigns were issued in 1998 and this one comes with its genuine certificate of authenticity.
Log in to get notified when this product is back in stock.
Track Product
You are not logged in. Please Login to track this product.
Description Summary Specification Royal Mint About us

The first Half Sovereign to feature Ian Rank-Broadley's portrait of Her Majesty the Queen.

This 1998 Sovereign is finished to The Royal Mint's finest proof standard. Intended for collectors, proof coins have crisp details and high contrast between fields and designs, achieved with multiple strikes of specially prepared dies.

Just 6,147 proof Half Sovereigns were issued in this presentation in 1998.

If you're interested in a 1998 gold proof Half Sovereign you may also want to consider a 'full' 1998 proof Sovereign or our mixed year, best value bullion Half Sovereigns.