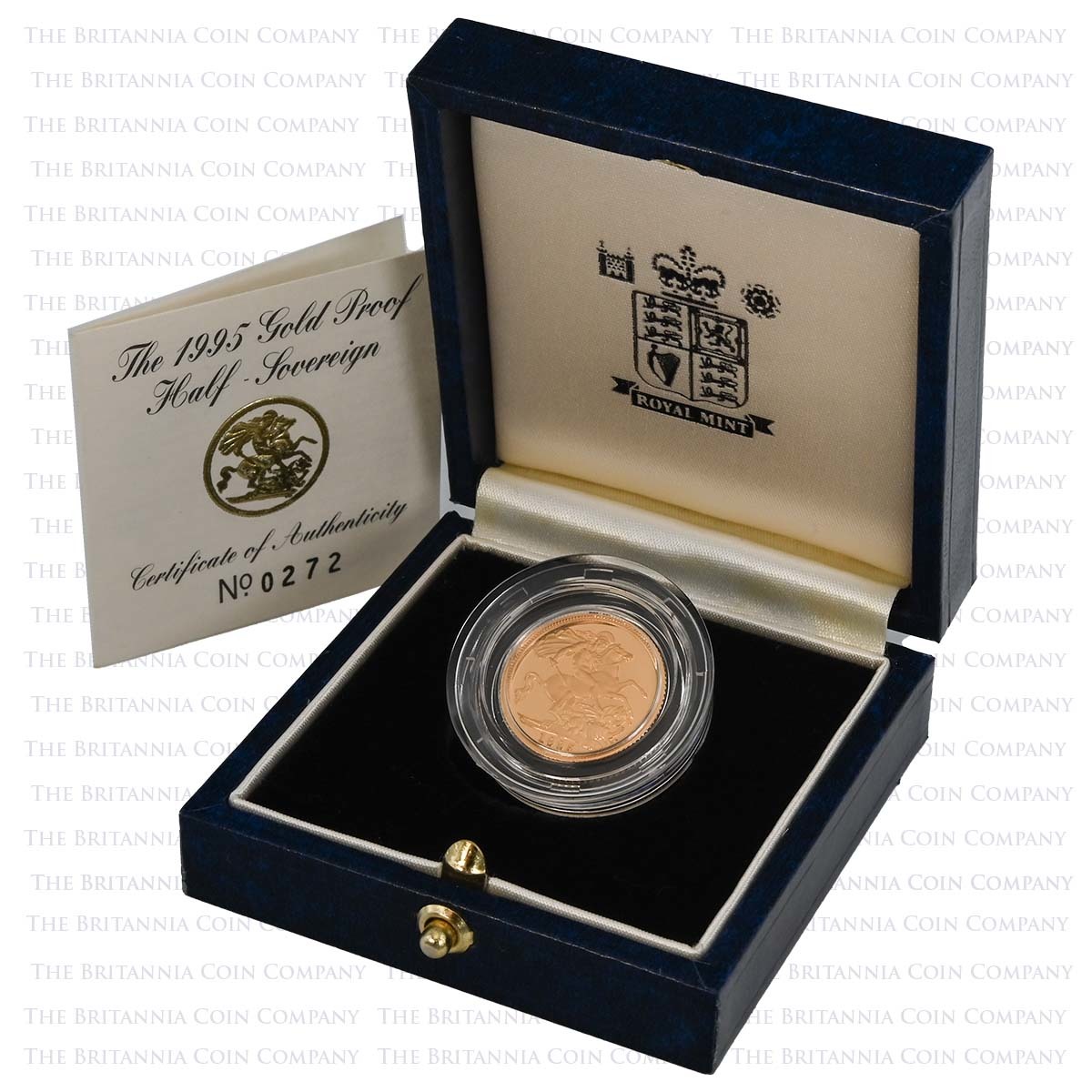 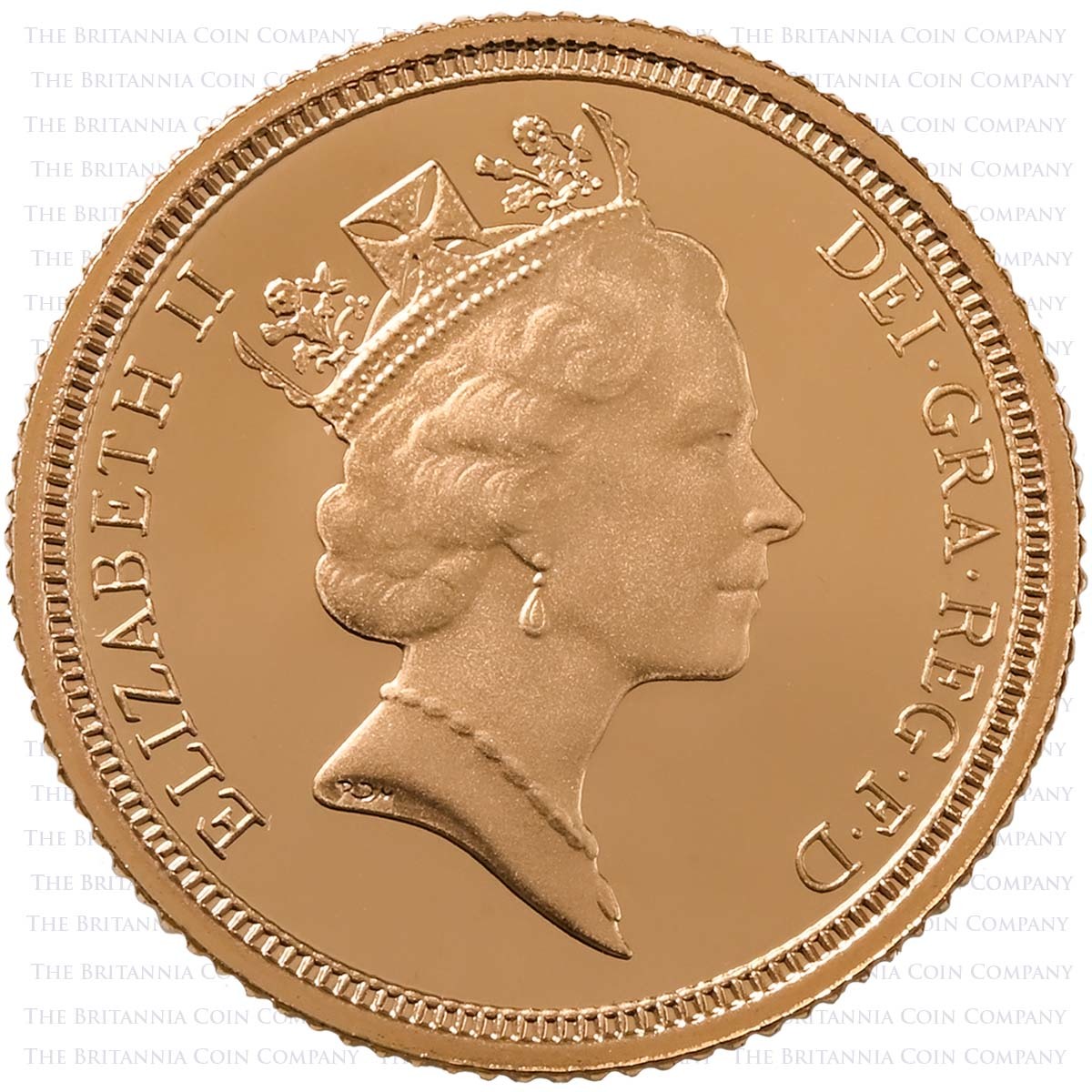 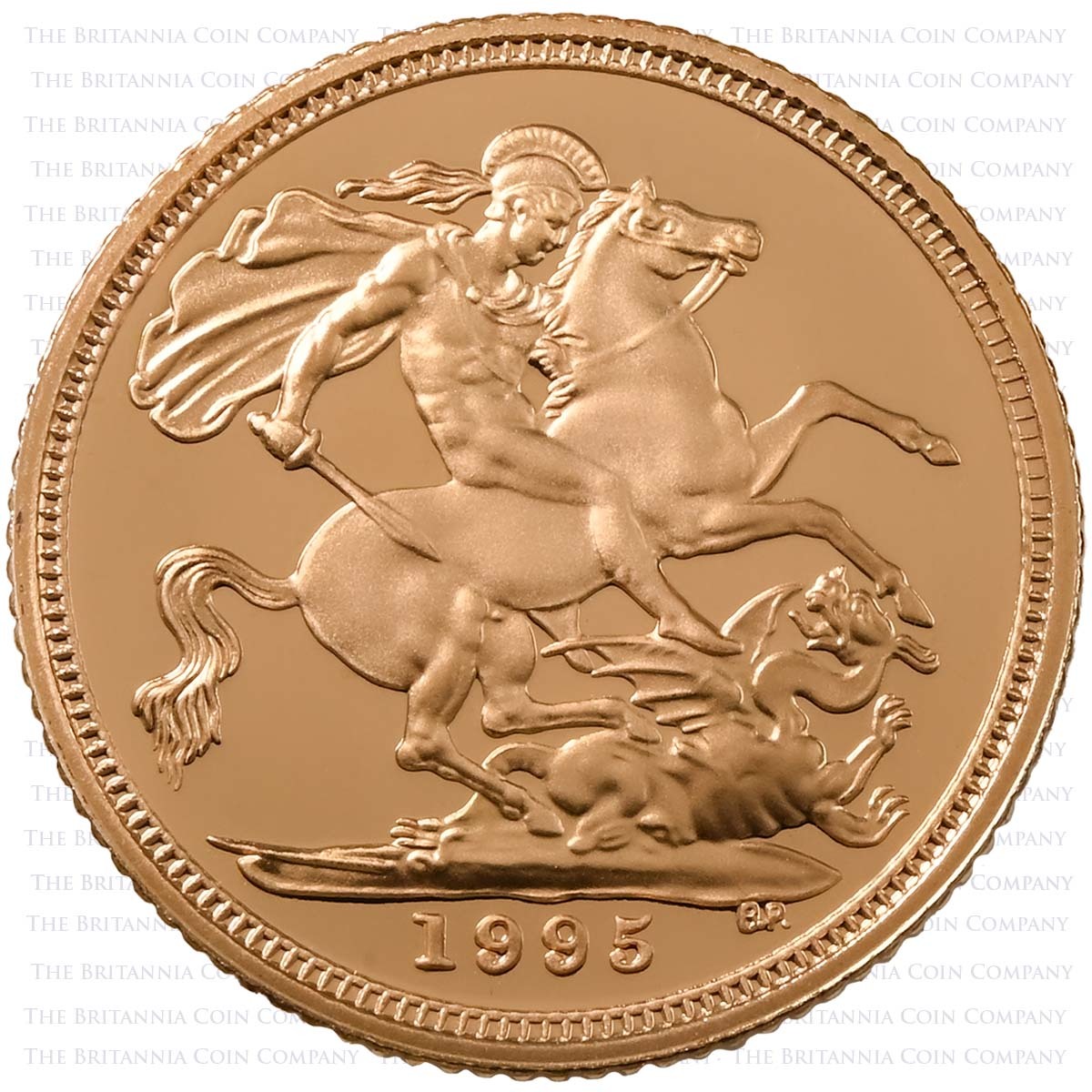 from
£275.00
(VAT Exempt)
1995 proof Half Sovereign: one of just 4,900 issued. Half Sovereigns were introduced in 1817, alongside the modern full Sovereign, in the wake of the Napoleonic Wars. They’re still minted to a specification established at that time. Each Half Sovereign is composed of 3.99 grams of 22 carat gold (that’s .1176 troy oz of pure gold) with a 19.30 millimetre diameter. This 1995 Sovereign is no different except in that it is struck to proof standard. Design for collectors, proof coins have a higher level of detail and shine compared to their bullion counterparts thanks to multiple strikes of hand-finished dies. This 1995 proof Half Sovereign features Raphael Maklouf’s portrait of Her Majesty Queen Elizabeth II which had been in use on British money for a decade by the time that this coin was minted. The reverse shows the classic image of Saint George, mounted on horseback in the act of slaying a dragon. It’s the work of Italian artist, Benedetto Pistrucci and has become intrinsically linked with these prestigious gold coins. This one comes in it is original presentation box from The Royal Mint with its original numbered certificate of authenticity.
Quantity
Cost Per Unit
Starts From
1+
£275.00
£275.00
Track Product
You are not logged in. Please Login to track this product.
Description Summary Specification Royal Mint About us Reviews

Your 1995 proof Half Sovereign comes in its box from The Royal Mint. It's made of blue leather and the coin is presented in its original capsule. Also included: a numbered certificate of authenticity.

Looking into buying a proof Half Sovereign from 1995? There's a few alternate options to consider:

All Half Sovereigns, including those struck in 2003, are exempt from Capital Gains Tax as UK legal tender and free from VAT in the UK and EU as investment grade gold.

Excellent quality for a fair market price
Adrian Jones
28th April 2022
You may also like...
Here are some related products