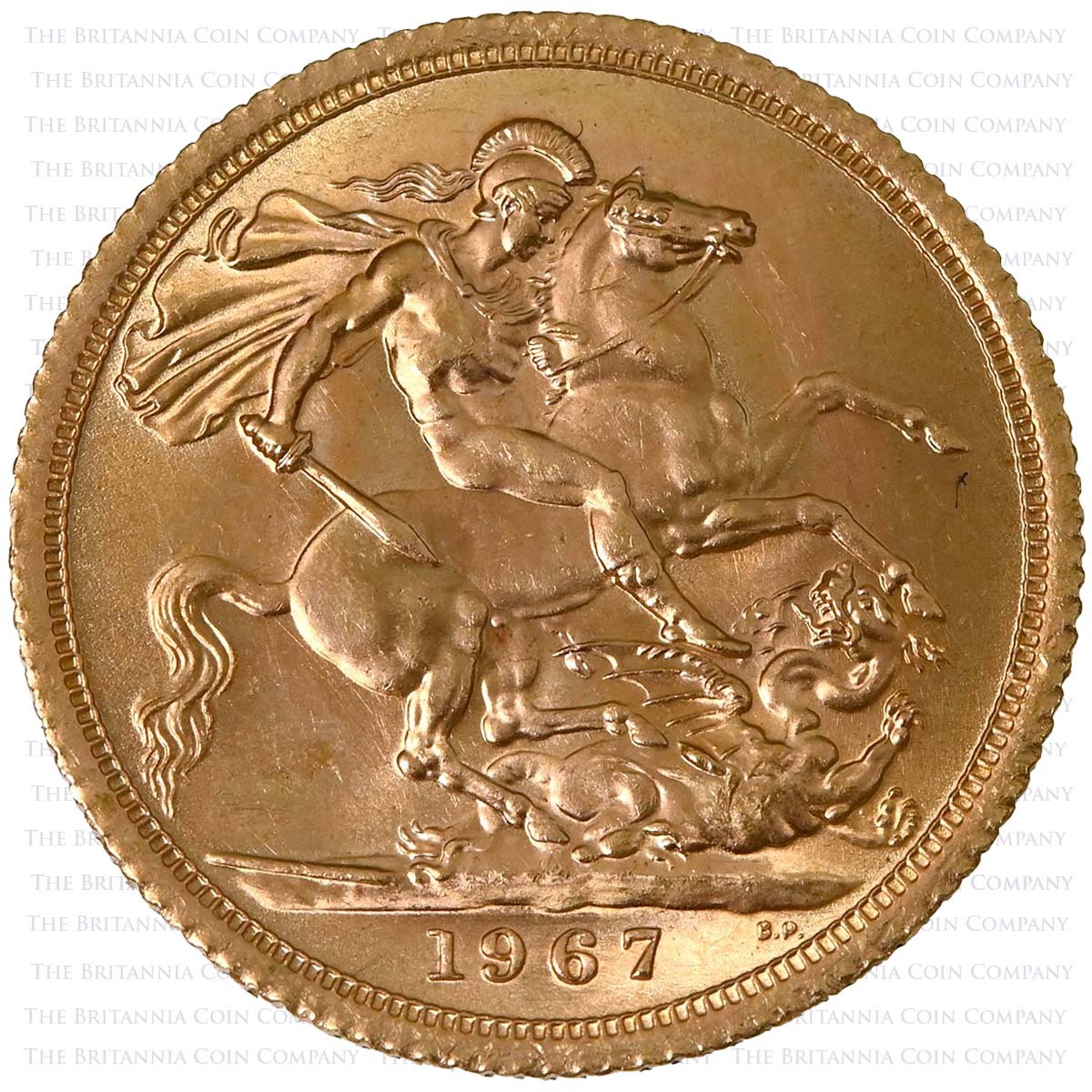 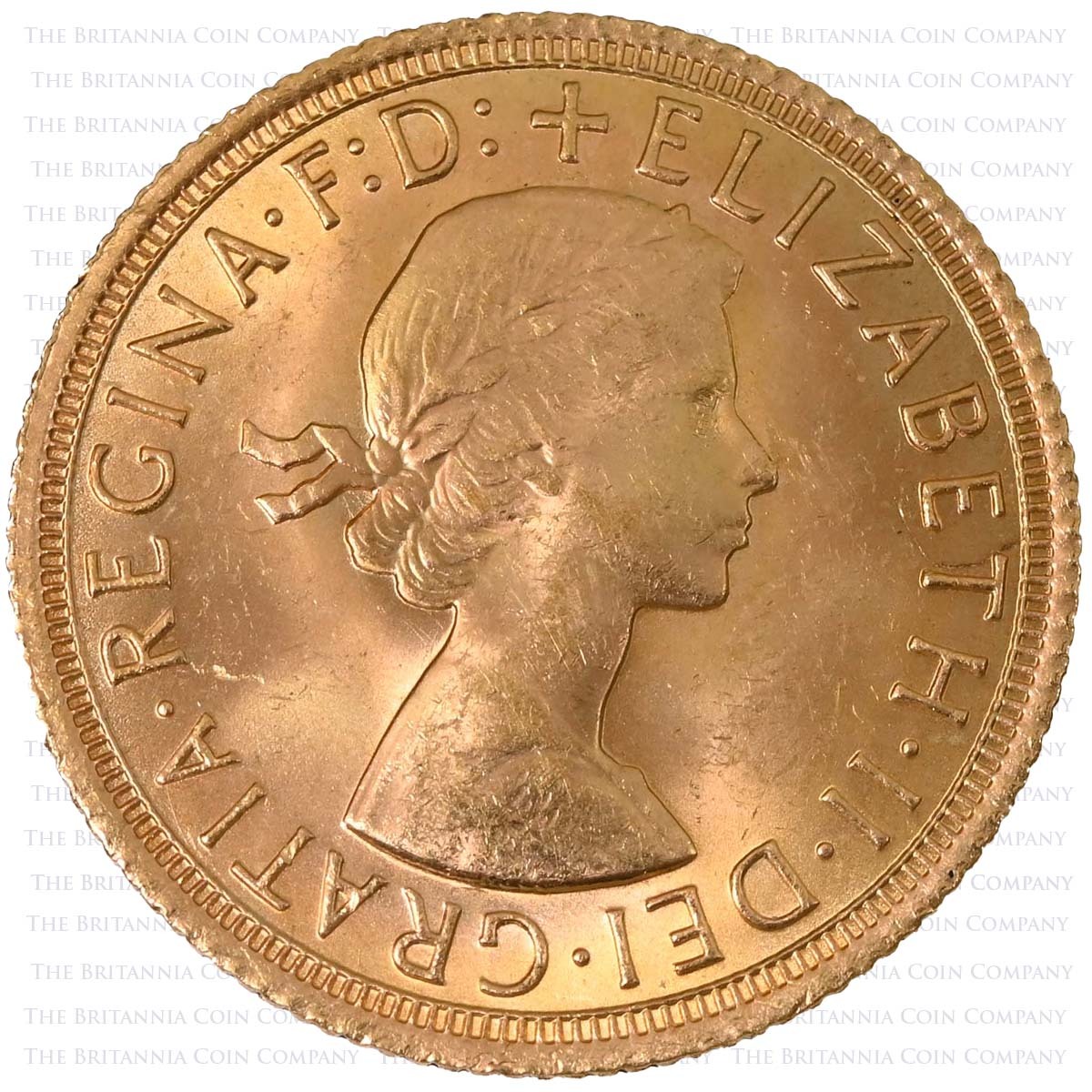 from
£395.92
(VAT Exempt)
This high grade gold bullion Sovereign was released in the year 1967. Carefully selected by us and graded at aEF (about Extremely Fine) or above. Extremely Fine or above coins have very little indications of wear. Bullion coins are also sold at a lower price than their Proof versions, making them more affordable. The Reverse includes the signature depiction of 'St George and the dragon' by Benedetto Pistrucci. The coin's Obverse hosts the 1st Portrait of HM The Queen, Elizabeth II, by Mary Gillick. The Sovereign is exempt from VAT and Capital Gains Tax and our price is inclusive of fully insured UK shipping. Subject to stock availability.
Quantity
Cost Per Unit
Starts From
1+
£395.92
£395.92

The first of the modern Sovereigns hosted a portrait of King George III and the 'St George and the Dragon' design by Benedetto Pistrucci. Pistrucci was an Italian engraver who became Chief Medallist at The Royal Mint. This 1967 Sovereign coin hosts a portrait of the longest reigning British monarch of all time, HM The Queen, Elizabeth II.

The year 1967 was characterised by; the broadcast of the first Super Bowl in the US, the first British satellite 'Ariel 3' entering orbit, steam passenger trains replaced by their electric counterparts, the Marine Broadcasting Act ending Pirate Radio, the breakout of race riots across the USA, the formation of the European community, the Monterey Pop Festival in California, new hits from the likes of The Rolling Stones and The Beatles, the first domestic Microwave cookers, the opening of Queen Elizabeth Hall (Southbank Centre), journalist Polly Toynbee exposing the British Government's funding of Amnesty International in Rhodesia, and Britain nationalised 90% of the steel industry, boxer Muhammad Ali refusing to fight in the Vietnam War and being; stripped of his title, receiving a three-year boxing ban, fined $10,000, and imprisoned for five years. 1967 was a significant year in history, now immortalised in coinage.

The Reverse (back, tails) of the 1967 gold bullion Sovereign hosts the signature 1817 'St George and the Dragon' design by Benedetto Pistrucci. In the 19th century, talented Italian engraver Pistrucci was instructed to develop designs for George III's silver and gold coins by William Wellesley-Pole, The Master of The Mint and the Waterloo Medal for the British Government, a commission which took the artist 30 years to create.

No Proof version of the 1967 gold Sovereign was issued. This 1967 bullion coin may be supplied in an acrylic capsule.

The Reverse of this 1967 Sovereign depicts 'St George and his dragon', in the classic design by Benedetto Pistrucci. The Obverse design of Her Majesty, Queen Elizabeth II is the first portrait design, by Mary Gillick.

This 1967 Sovereign coin is struck to Bullion standard and has legal tender status with a nominal value of one pound sterling. The Royal Mint has produced the modern Sovereign coin since its origins in 1817. It was formerly a circulating coin that was accepted in the UK and around the world. Today, it is an easy way to invest in or collect gold Bullion. Having reigned for nearly 70 years, Elizabeth II has had five Royal Portraits on coins produced since her accession to the throne in 1952; Mary Gillick (1953-1967), Arnold Machin (1968-1984), Raphael Maklouf (1985-1997), Ian-Rank Broadley (1998-2014) and Jody Clark (2015-).

With over 1,000 years of history dating back to the reign of King Alfred the Great and producing currency for many countries, The Royal Mint is considered one of the world's leading Mints and the official home of British coinage. Its former home for over 500 years was the Tower of London, before the Mint was relocated to Wales following decimalisation.

The transition to decimal currency presented a need for a bigger factory and many sites were considered for the transfer of The Royal Mint before deciding on Llantrisant in South Wales. Construction of the new site began in August 1967. Phase I was opened by The Queen, the Duke of Edinburgh, and the Prince of Wales in December 1968. The Royal Mint gradually moved to its new home in Wales over the course of seven years, and the very last coin struck in London was a gold Sovereign in November 1975.

St George is rumoured to have slain the dragon just 20 miles west of our premises in Royal Wootton Bassett. The Britannia Coin Company of Royal Wootton Bassett was established to offer market leading prices to collectors and investors. The Britannia Coin Company handles an array of rare, commemorative and investment coins like this 1967 gold bullion Sovereign. The range includes gold, silver and other precious metal modern coins to ancient, hammered and world issues from across the globe. 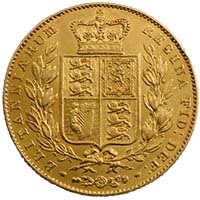 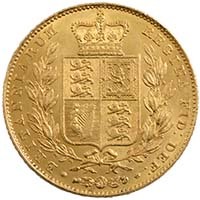 Based on the current gold price, we will pay a minimum of £340.84 for a 1967 Sovereign. This is on the basis that it's in reasonably good condition and hasn't been mounted in jewellery.