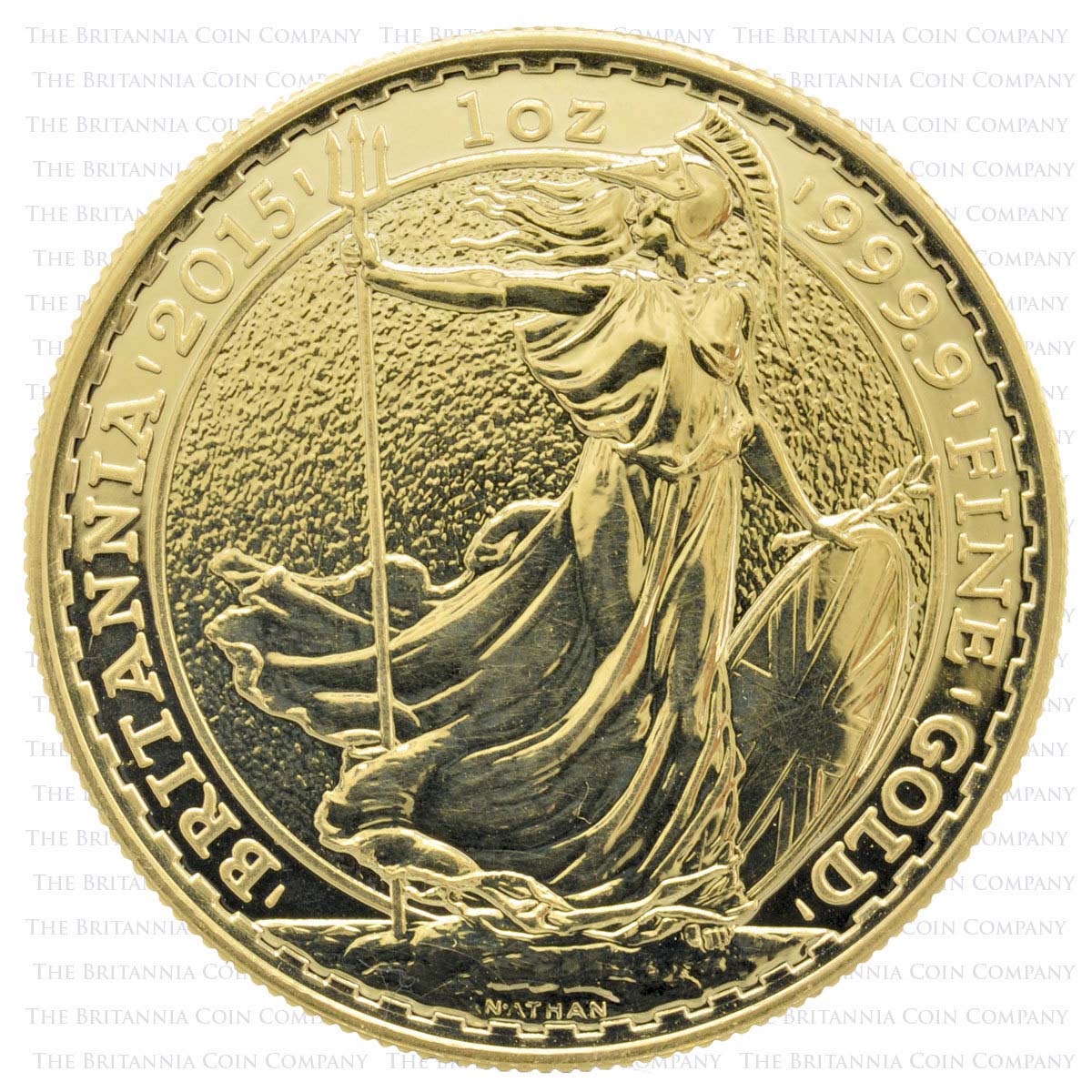 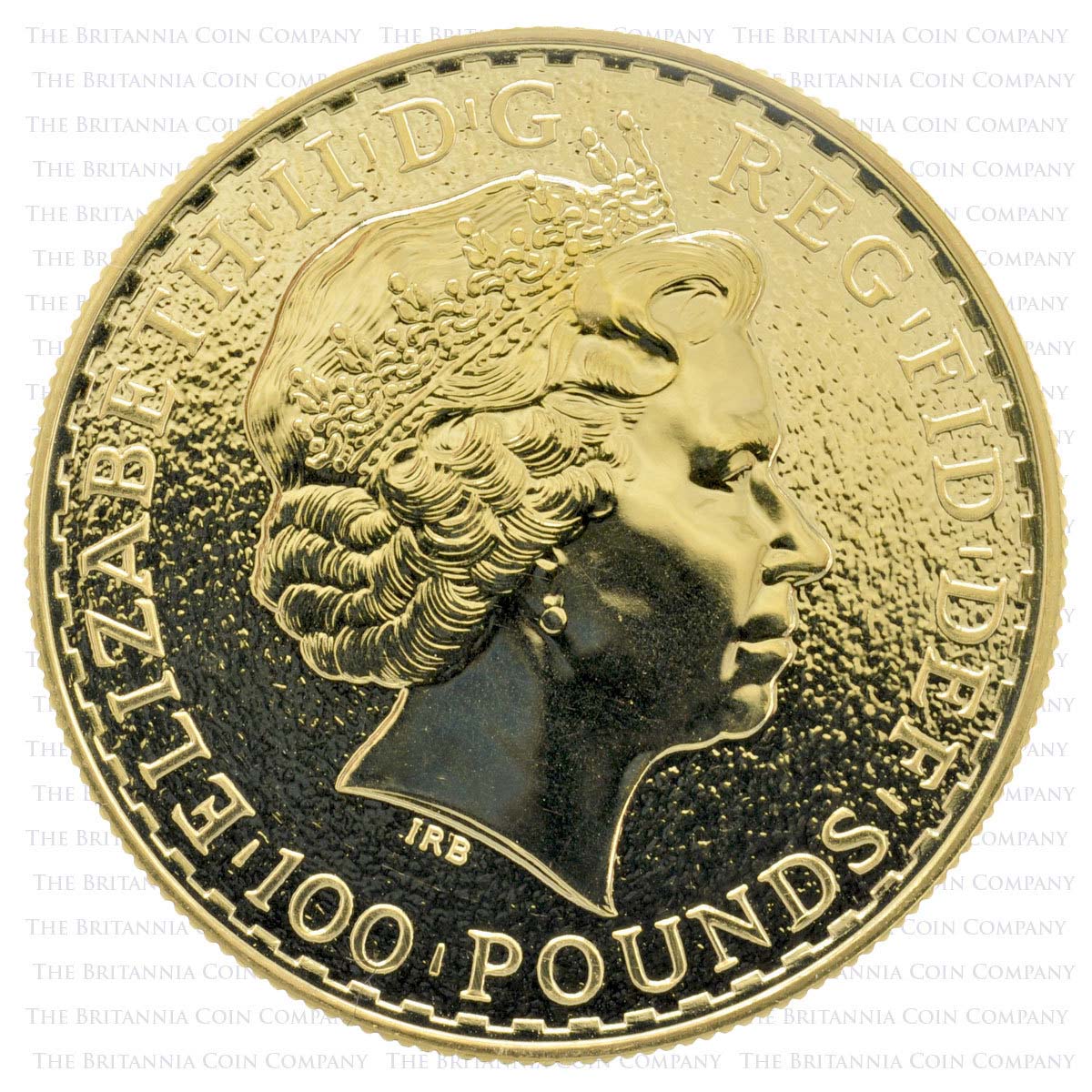 from
£1,546.14
(VAT Exempt)
Our mixed-year post-2013 Britannias offer one try ounce of gold at our best value price. Gold Britannias minted after 2013 are made from 24 carat gold. They weigh 31.104 grams and have a diameter of 32.69 millimetres. Introduced as an investment coin, one oz gold Britannias have a face value of £100 and as legal tender are exempt from Capital Gains Tax in the UK. Their gold content makes them worth significantly more and gives them the added benefit of being VAT free. These bullion Britannias show a portrait of Her Majesty the Queen to the obverse and Philip Nathan’s classic ‘standing Britannia’ to the reverse. Britannia is the female personification of the British Isles and has appeared on coinage since Roman times. She’s a powerful symbol of national identity, a perennial figure on British money. Our best value gold Britannias are carefully authenticated by our specialist staff. They’re guaranteed to contain exactly one troy oz of pure gold though they may show marks of wear, typical of bullion coins. We’ll supply our choice of year from our available stock. If you order multiple 1 oz Gold Britannias you may receive a range of dates.
Log in to get notified when this product is back in stock.

Track Product
You are not logged in. Please Login to track this product.
Description Summary Specification Royal Mint About us Reviews

The personification of the United Kingdom, Britannia, first appeared on Roman coins, struck during the reign of the Emperor Hadrian. Her image was revived for the coinage of Charles II. Since then, she's been a feature on the coins of every British monarch, a powerful symbol of national identity.

Depicted as a warlike goddess, Britannia has starred on her own range of bullion coins since 1987. Initially these coins were just available in gold, with silver and platinum editions issued later, the specifications varying a little over the years. Coins are available individually, in sets and in both proof and bullion finishes.

When these coins were introduced they were aimed specifically at the buoyant international gold market, competing with other one troy ounce precious metal coins like the South African Krugerrand and the Canadian gold Maple Leaf. Britannias offer a variety of benefits for investors but new annual designs by respected artists offer an element of collectibility.

Britannias issued in 2013 and afterwards have a purer 24 carat gold content. The amount of fine gold remained the same though the total weight of each coin was reduced. Most post-2013 gold Britannias have the same diameter as their earlier counterparts.

Like all Britannias, the 24 carat variety features a portrait of Her Majesty Queen Elizabeth II to the obverse. The reverse is graced with Philip Nathan's classic helmet-wearing standing Britannia, shown holding a trident, a laurel sprig and a shield decorated with the Union Jack.

Why Invest in Britannias?

Britannias allow investors to purchase a significant quantity of gold in a single coin. You would have to buy more than four Sovereigns to get the same amount of gold. Britannias don't have the long history associated with Sovereigns but over the last few decades they’ve established a reputation as one of the worlds premier bullion coins.

Our one ounce gold Britannias are carefully authenticated by our expert staff who ensure that these coins meet the exacting specifications set down by The Royal Mint. Your best value gold Britannia might display minor signs of wear and will be supplied loose, without a presentation box. We can't guarantee what year you will receive and if you order multiple you may find your order contains a range of dates.

Bought as a gift but looks good
Melvin Thornton
23rd December 2021
I purchased several coins / bullion and they were all exactly as described on the website
Keith Newman
20th June 2022
You may also like...
Here are some related products