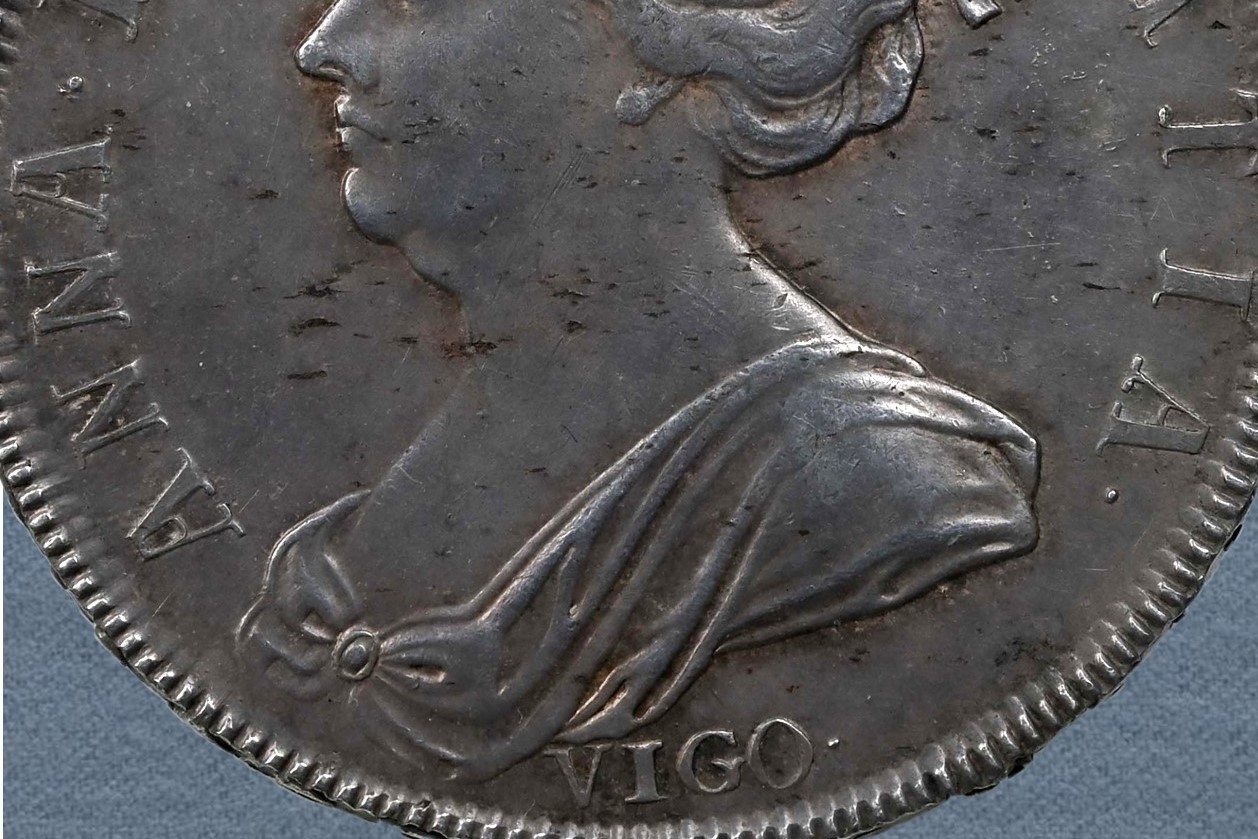 Struck in the early years of Queen Anne's reign, VIGO coins are a clever bit of propaganda, celebrating a victory that marked a turning point in the story of British naval supremacy. But what does 'VIGO' mean? And what makes these eighteenth-century coins so sought after?

The War of the Spanish Succession

In 1700, King Charles II of Spain died childless, naming Philip of Anjou, grandson of Louis XIV of France, heir to the vast Spanish Empire. This raised the specter of an alliance between France and Spain that was of great concern to their European neighbours.

In the hopes of preventing this, an alliance was renewed between England, the Dutch Republic and the Holy Roman Empire. To enforce their treaty obligations and protect their economic interests, the members of this Grand Alliance declared war on France in 1702.

The conflict, which became known as the War of the Spanish Succession, lasted until 1714. 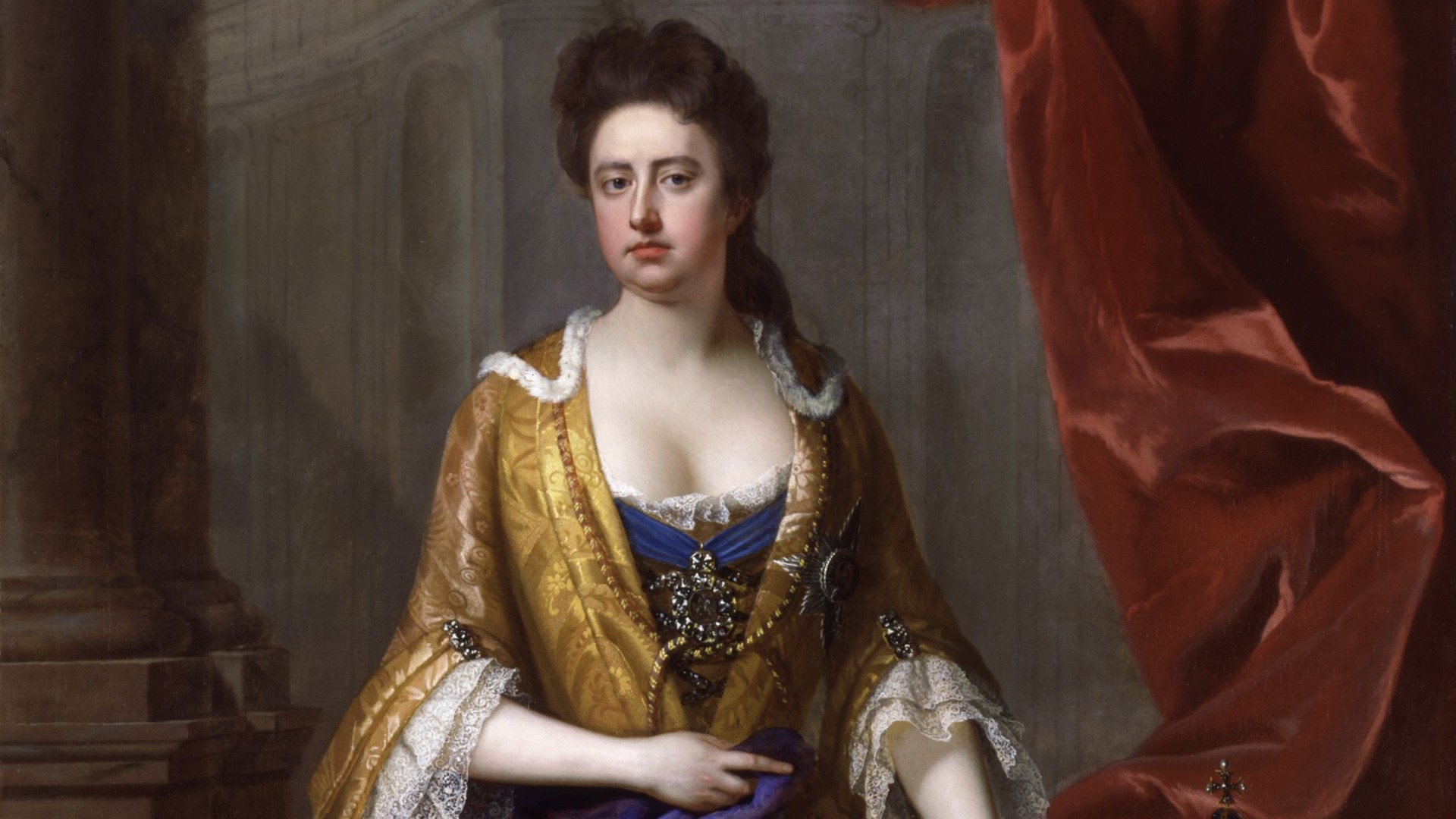 Queen Anne came to the throne just weeks before the War of the Spanish Succession was declared. By Michael Dahl, on display at the National Portrait Gallery.

While the French held the advantage in the early stages, the Allies did secure some initial victories and ultimately agreed a permanent separation between the Spanish and French thrones.

Cádiz and the Treasure Fleets

In the opening year of the conflict, an Anglo-Dutch fleet under the command of Admiral Sir George Rooke was assembled to capture the strategically important port city of Cádiz. Some footholds were gained but the mission was ultimately unsuccessful.

On the way back home in early October 1702, Rooke learned of a valuable Spanish treasure fleet that had anchored on Spain's northwest coast, diverted from their usual harbour by the conflict.

These cargo fleets carried gold, silver, spices, sugar and tobacco from Spanish overseas territories in the Americas to the Spanish mainland. Sailing the first permanent transatlantic trade routes, treasure ships benefitted from the monopoly on trade with its colonial holdings that made Spain the richest country in Europe by the end of the sixteenth century.

The treasure fleet that had left Veracruz in the summer of 1702 was composed of 56 vessels, the Spanish ships commanded by Manuel de Velasco under escort of a French squadron commanded by Admiral Château-Renault.

The Battle of Vigo Bay

' … It is resolved that we make best our way to the port of Vigo, and insult them immediately with our whole line'

--- An extract from Rooke's journal.

Arriving at Vigo Bay in Galicia, the silver-laden Spanish fleet was closely guarded as its cargo was unloaded at the harbour of Rendondela on 23 October.

The approaching Anglo-Dutch fleet was met with a boom across the Rande Strait - the narrow entrance to the harbour - constructed of wood and chains. Shore guns were assaulted with Allied ground troops and English vessels crashed through the barriers to face the French. Offering little resistance, the French squadron fired their ships and escaped ashore, leaving three plum Spanish galleons to be captured and picked over by English and Dutch sailors. 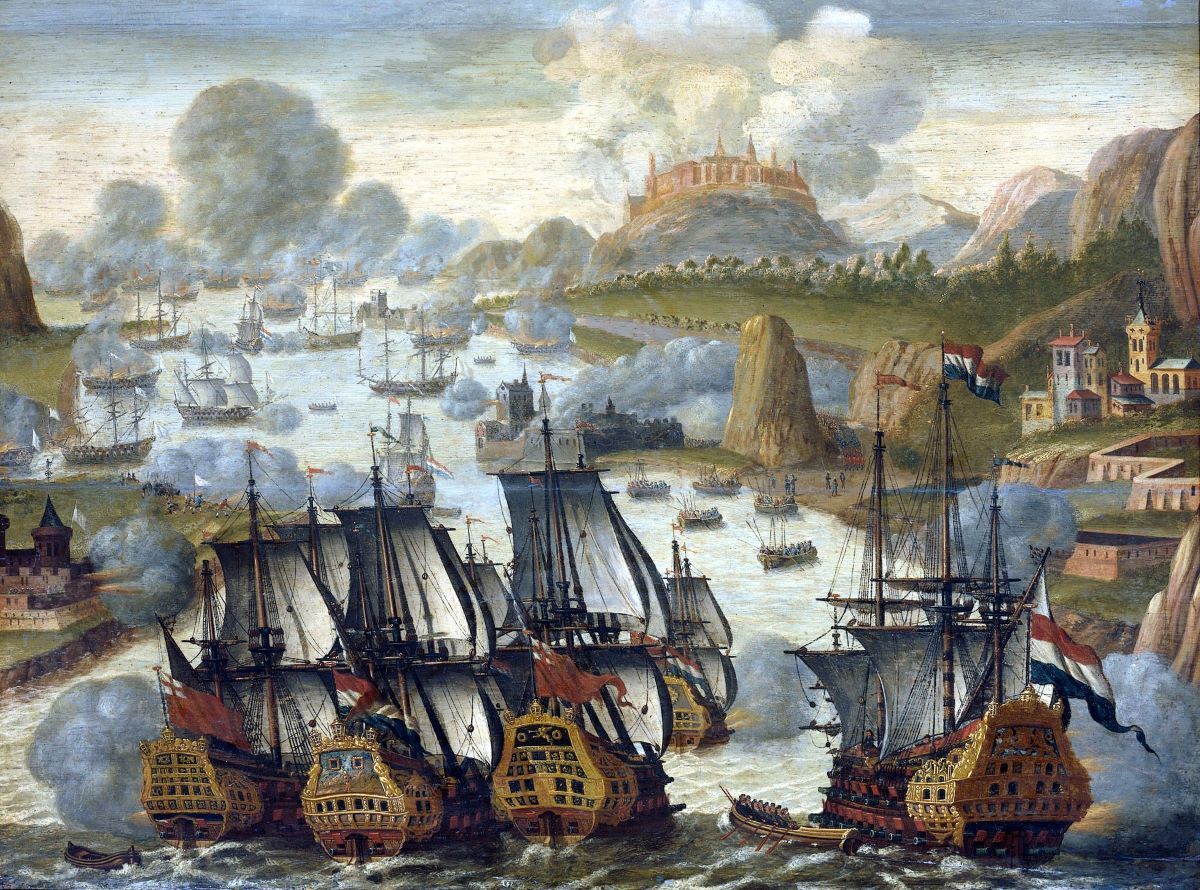 An anonymous Dutch painting of the Battle of Vigo Bay, owned by the Rijksmuseum.

The real financial blow here was to private traders, not the Spanish government, but the Allied gains from the victory were significant. The king of Portugal, previously allied to France, saw the Battle of Vigo bay as a shift in the balance of naval power in the Atlantic. Looking to protect Portuguese trade routes he signed the Methuen Treaty with England in 1703, providing an Iberian base for further campaigns. Ultimately, Portuguese support, won at Vigo, allowed for the capture of Gibraltar and Allied dominance of the Mediterranean.

'Remembrance of that Glorious Action'

Of course, the pay out from Vigo wasn't just strategic, it was also material.

The loot salvaged from the Spanish ships, mostly in the form of plate, not bullion, was brought back to England and delivered to the Royal Mint. At the time, the Mint's Master was Isaac Newton who recorded receiving 4504 lbs 2 oz of silver and a modest 7 lbs 8 oz of gold.

Much of the treasure fleet's silver had already been put ashore before the battle, but the captured specie would be used to claim a further psychological victory.

'Our will & pleasure is & we do hereby require & authorise you to cause to be coyned all such Gold & Silver as shall be brought into our Mint and delivered unto you ... with this inscription Vigo in small letters under Our Effigies, which we intend as a mark of distinction from the rest of our Gold & silver moneys and to continue to posterity the remembrance of that glorious action.'

'VIGO' appears below Anne’s portrait on silver and gold coinage struck in late 1702 and early 1703. It can be found on gold Half Guineas, full Guineas, Two Guineas and Five Guineas, as well as on Crowns, Halfcrowns, Shillings and Sixpences. 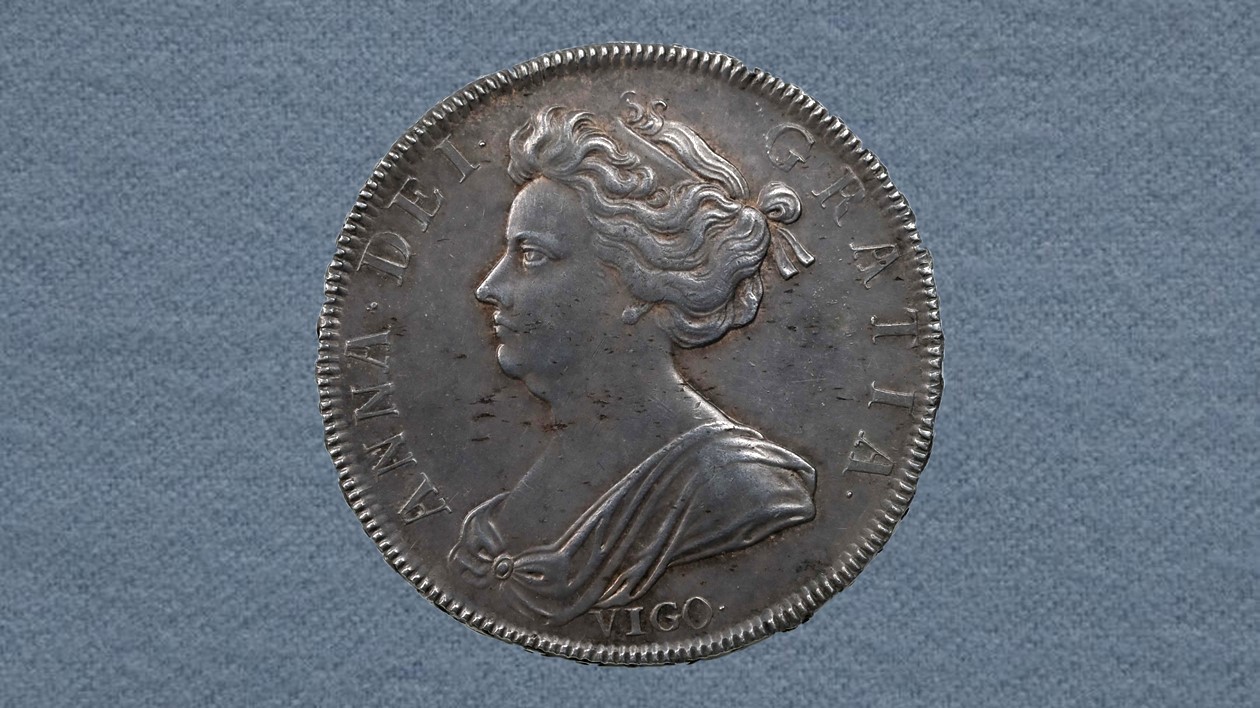 The obverse of a 1703 Vigo Halfcrown, the inscription commemorating the battle visible beneath Anne's portrait.

The Legacy of Vigo Bay

Silver VIGO coinage is not particularly rare but is highly sought-after. The gold is much scarcer with a 1703 gold VIGO Five Guinea breaking records by selling for just over $1 million dollars in 2019.

Many more VIGO coins were struck than could have been produced from the real Vigo booty, meaning the victory loomed larger than life in the public consciousness, then and now.

These coins helped forge an association with military might for the popular new Queen as part of a coordinated campaign that included processions, pamphlets, proclamations and other numismatic tributes.

As well as overseeing the VIGO coinage, Newton also commissioned Vigo medals from John Croker who he would later appoint Chief Engraver to the Tower mint. These medals, found in gold, silver and bronze, pair a crowned portrait of Anne with a view of the harbour at Vigo, chock full of burning ships in an attractive but entirely unsubtle design.

The reputation that Anne and ultimately Britain gained from Vigo was not just a powerful piece of propaganda. Vigo bought Portugal and, through that alliance, strategic outposts in Gibraltar and Menorca. These possessions were retained with the Peace of Utrecht that concluded the War of the Spanish Succession and also secured the lucrative trading rights in Spanish America. Great Britain - newly united - came out of twelve years of war as the dominant naval and commercial power in Europe, its enemies weakened. 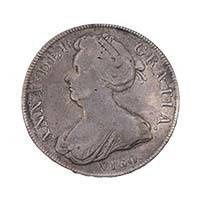 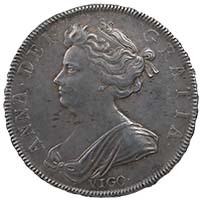