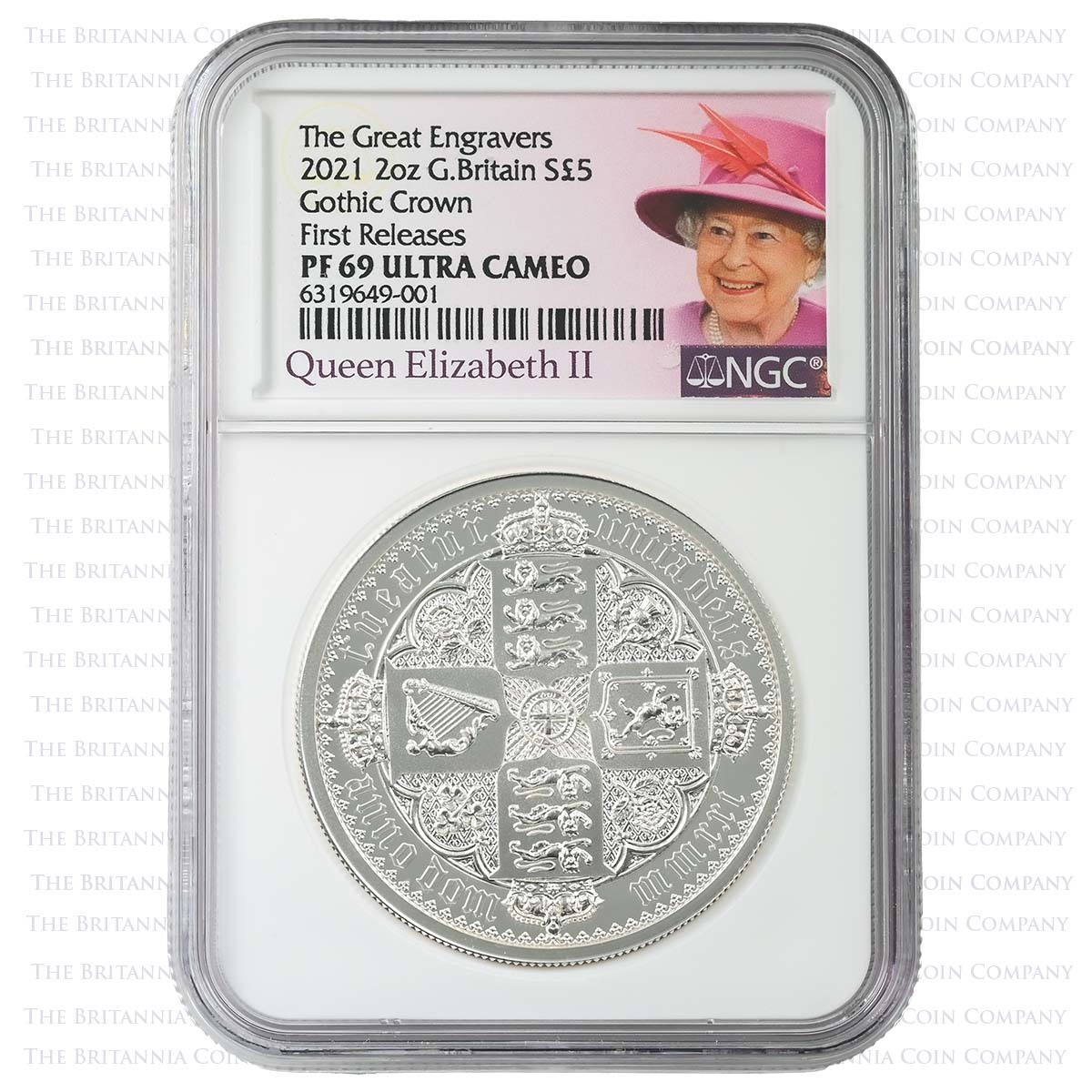 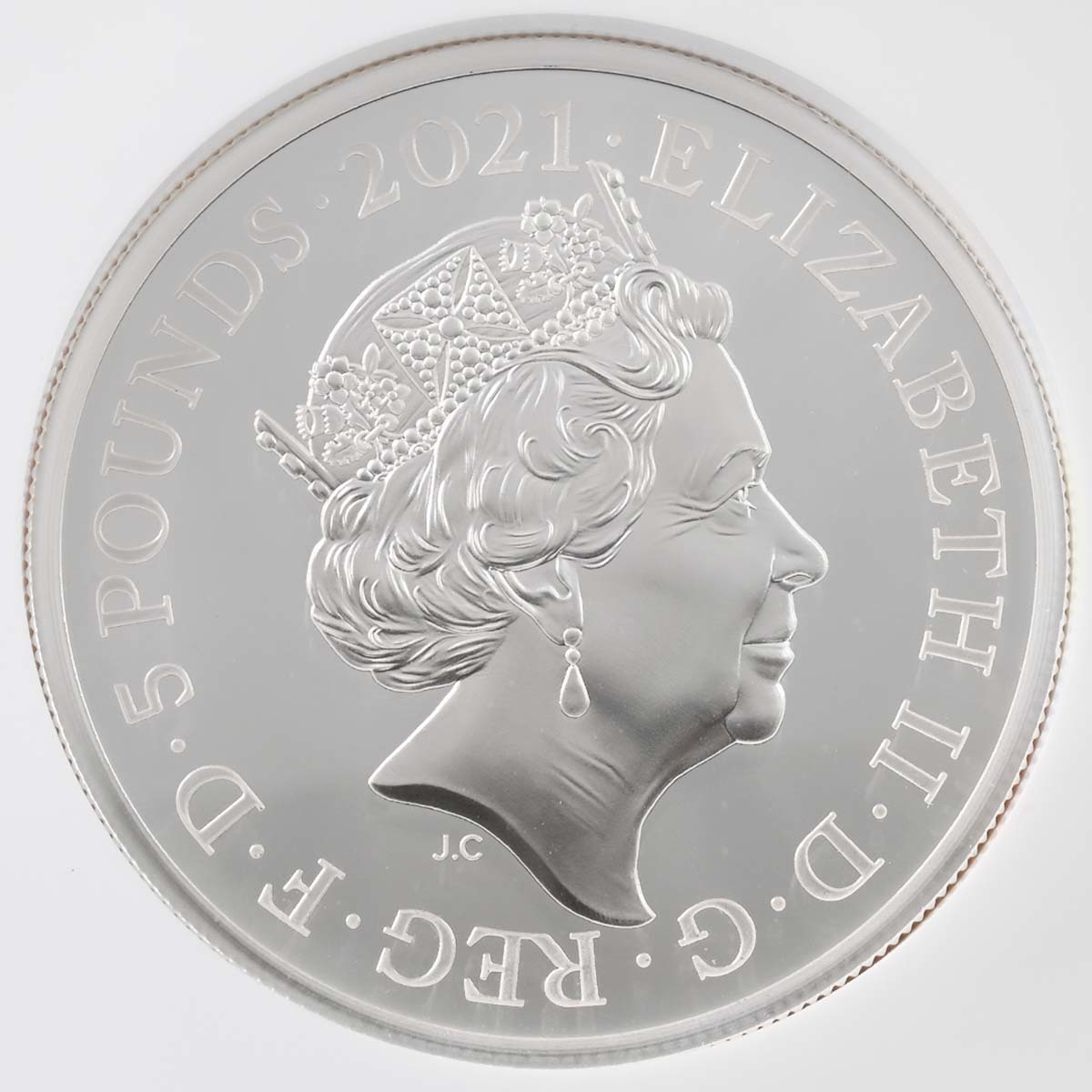 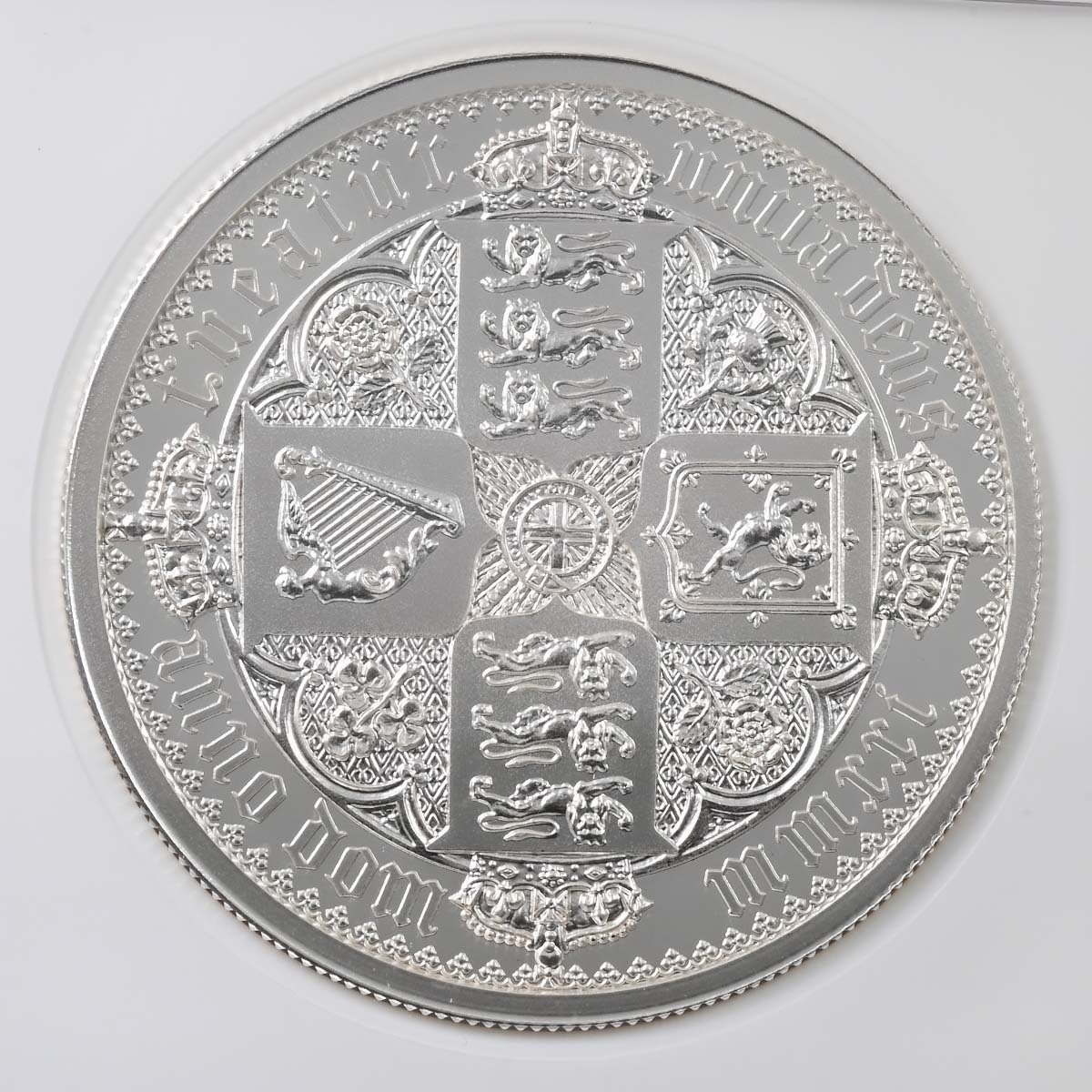 from
£500.00
Graded PF 69, this addition to the popular Great Engravers series recreates the stunning 1847 Gothic Crown. The Royal Mint has been offering remastered editions of classic designs associated with great engraver William Wyon since 2019 when the remarkable Una and the Lion was released in a range of gold and silver coins. Following on from 2020’s Three Graces, this new edition allows modern collectors to own an awe inspiring gothic revival design, created by Wyon towards the end of his life. This coin features the intricate reverse of the 1847 coin, entered on quartered shields of royal arms with national flower emblems and gothic lettering around. Its paired with Jody Clark’s portrait of Her Majesty the Queen to the obverse. The portrait of Queen Victoria that featured on the obverse of the original coin would be restrict for a separate, highly-anticipated 2022 coin. This example is struck in 62.42 grams of .999 fine silver to finest proof standard. It has a face value of £5 and a diameter of 40.00 millimetres. We are offering a small number of examples, graded PF 69 Deep Cameo by NGC, guaranteeing you a high grade Quartered Arms Gothic Crown, one of only 4,006 issued.
Quantity
Cost Per Unit
Starts From
1+
£500.00
£500.00
Track Product
You are not logged in. Please Login to track this product.
Description Summary Specification Royal Mint About us Reviews

The original Gothic Crown measured 38.00 millimetres across and this example, struck to proof standard, is just a little larger with a 40.00 millimetre surface. This silver coin is from a limited mintage of 4,006. It's made from 62.42 grams of .999 fine silver.

We are offering a small number of examples that have been professionally graded by the Numismatic Guaranty Company as PF 69 Ultra Cameo, indicating a great strike and nearly imperceptible imperfections. The 'Ultra Cameo' designation denotes deeply mirrored surfaces that contrast attractively with frosted devices.

This coin is also available 'raw' with its box of issue and a numbered certificate of authenticity.

Exactly as described. package well sealed.
Miles Dolphin
21st April 2022
You may also like...
Here are some related products 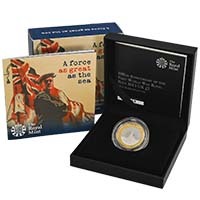 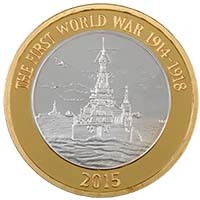