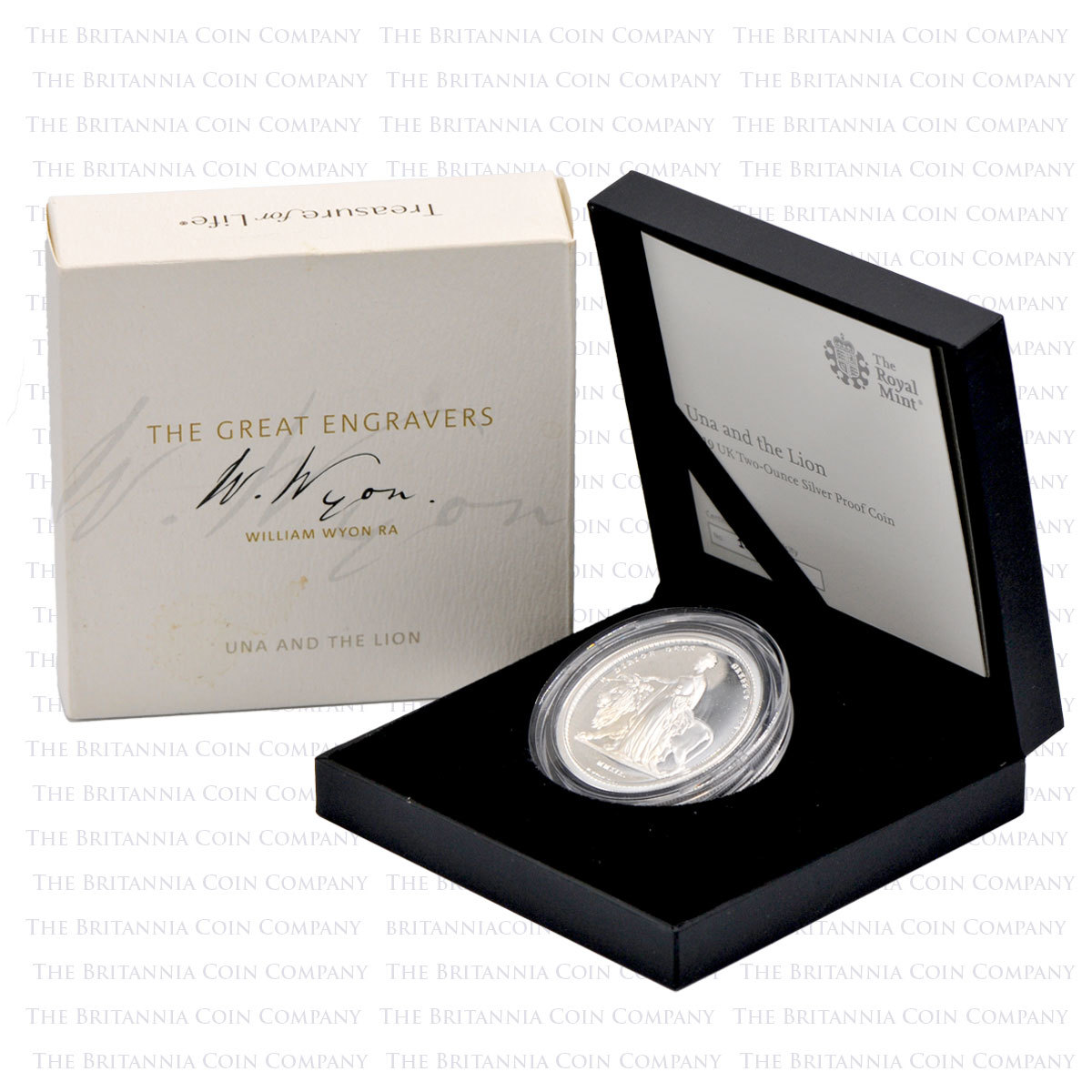 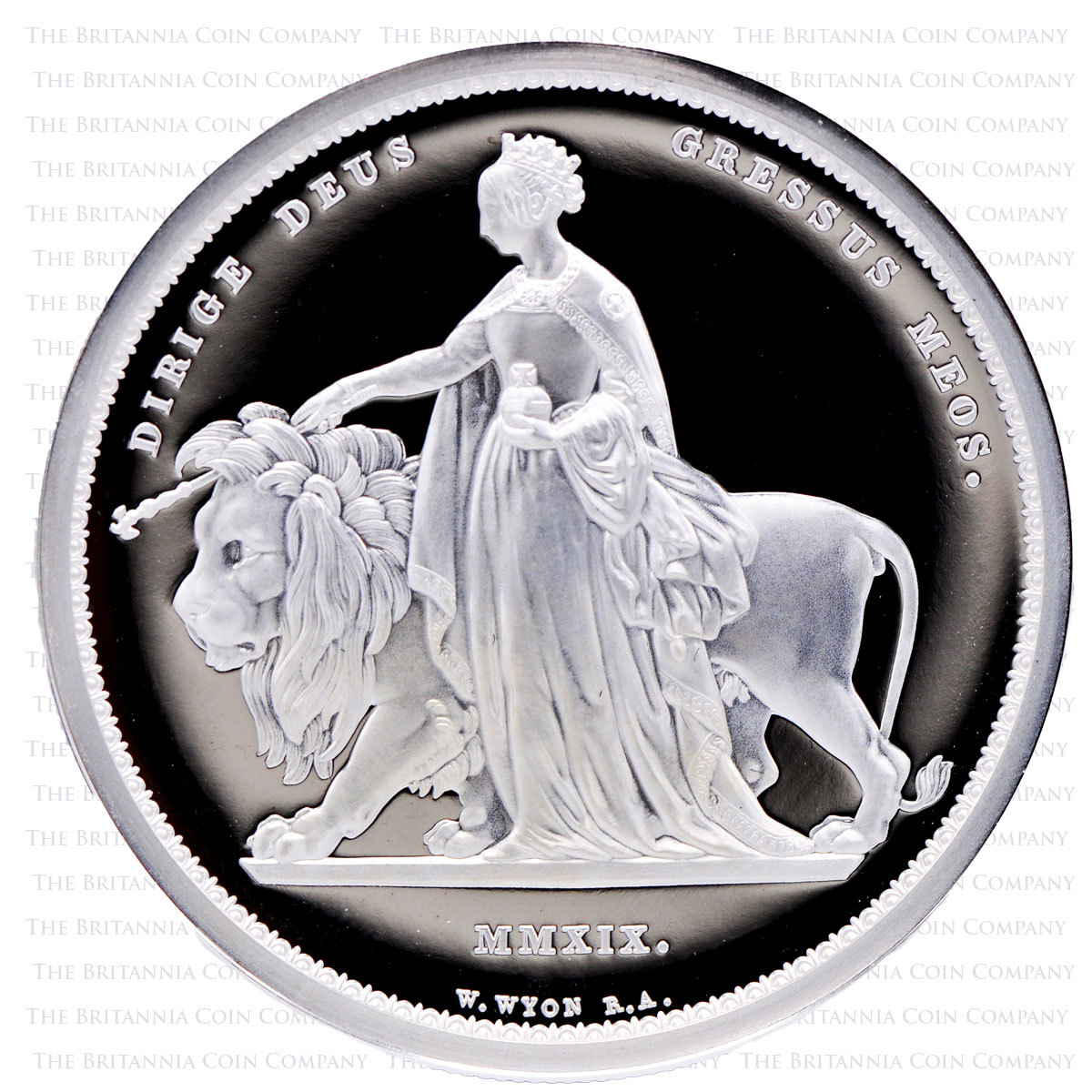 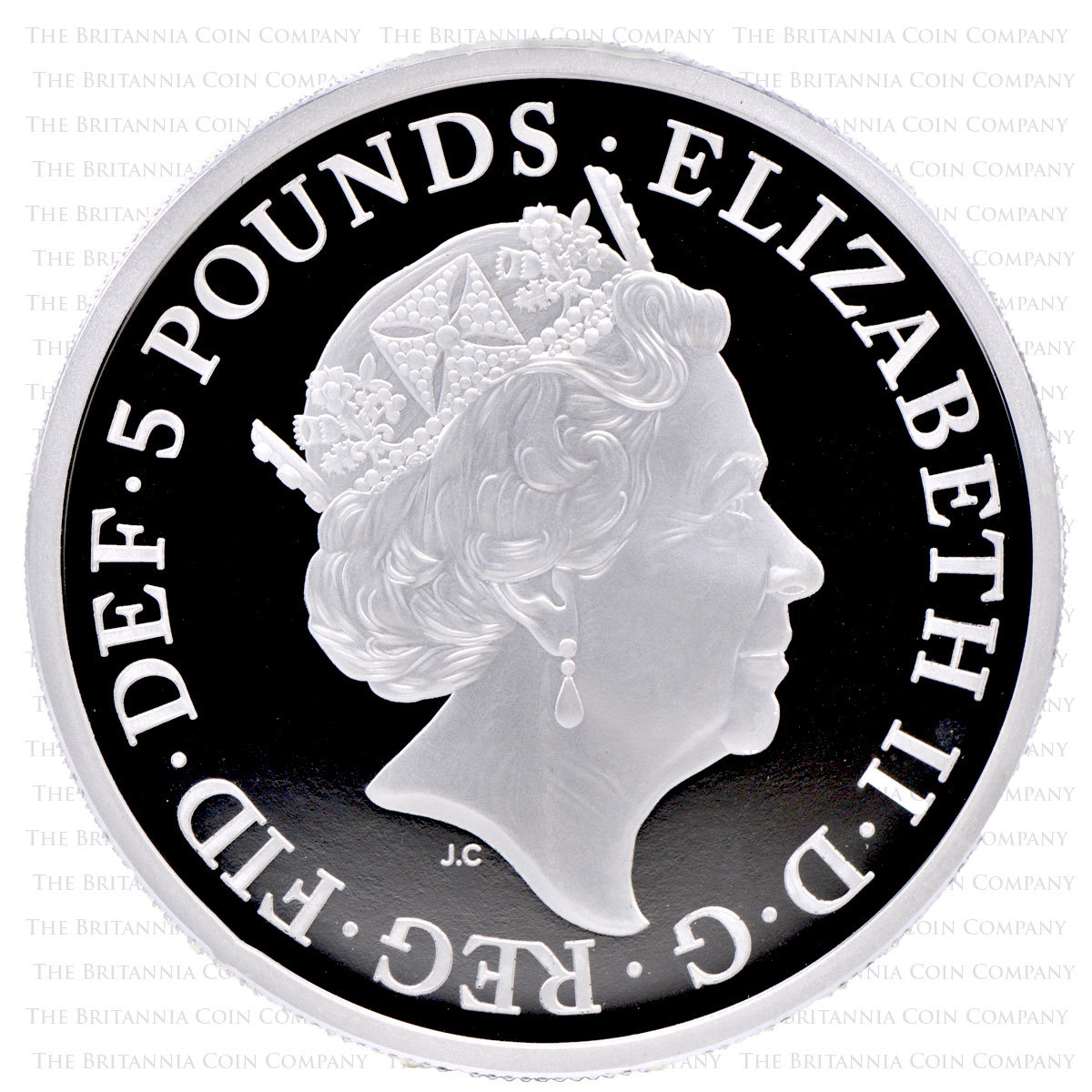 from
£2,750.00
Released in 2019, Una and the Lion was an instant success, selling out within minutes of release. It has become one of The Royal Mint's most successful modern releases and is still a sought after coin. Based on the 1839 £5 gold coin, the Royal Mint replicated the reverse and in doing so reproduced an item of numismatic legend. Just 3,000 silver 2oz coins were struck.
Log in to get notified when this product is back in stock.

The 2019 silver 2oz Una and the Lion is a silver proof coin, denominated as £5, which was launched as part of a limited series called 'The Great Engravers', in this case to celebrate the artistic talents of the engraver William Wyon (1795–1851). Besides the silver coin, a gold version was also struck.

The last time the coin was struck was back in the 1880's and the Royal Mint decided to stick with authenticity and created the 2019 silver 2oz Una and the Lion using William Wyon's original die. The die was remastered to remove any historical blemishes and the proof finish itself was adjusted so that the 2019 coin image would be an exact counterpart of the original 1839 masterpiece. The result is stunning.

The 2019 silver 2oz Una and the Lion Obverse (front, heads) shows a portrait of Her Majesty Queen Elizabeth II. It was designed by Jody Clark. The legend is ELIZABETH II DG REG FD (Elizabeth II by the Grace of God Queen, Defender of the Faith) and the denomination 5 POUNDS.

On 6 February 1952 she became Queen Elizabeth II in the House of Windsor. Her Coronation was on 2 June 1953. Her Majesty's Portrait is on the obverse of 2019 silver 2oz Una and the Lion coin.

Specifications of the 2019 Silver 2oz Una and the Lion