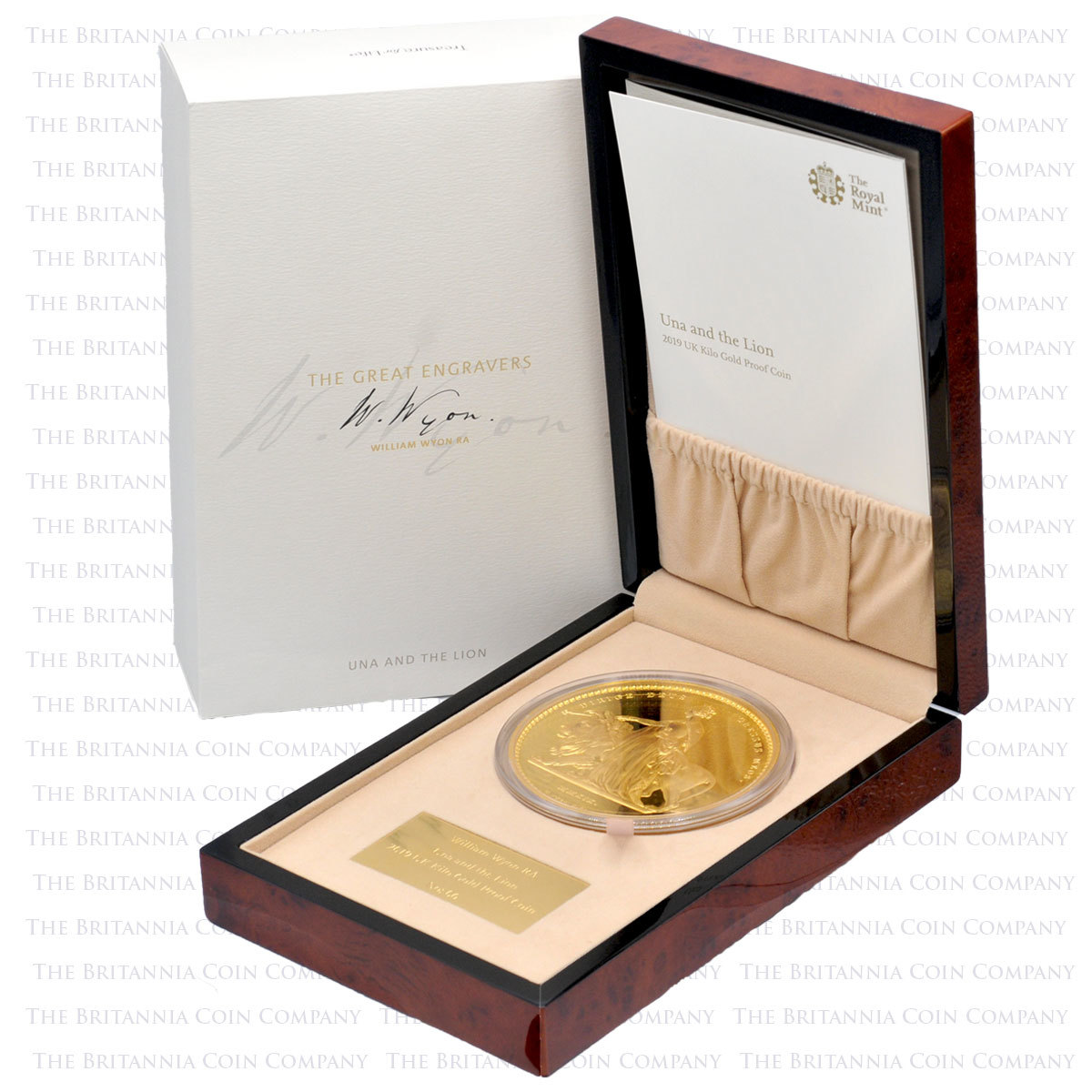 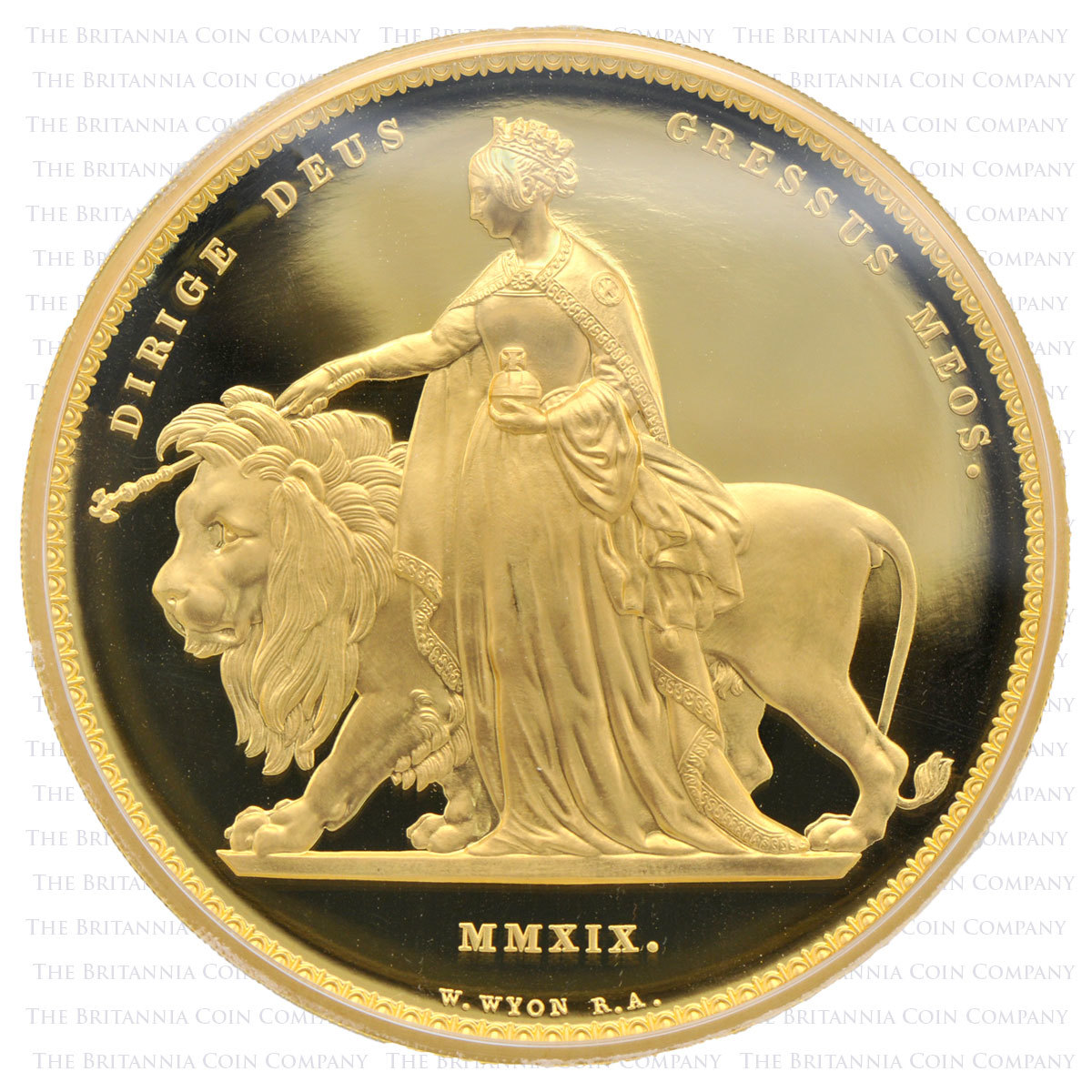 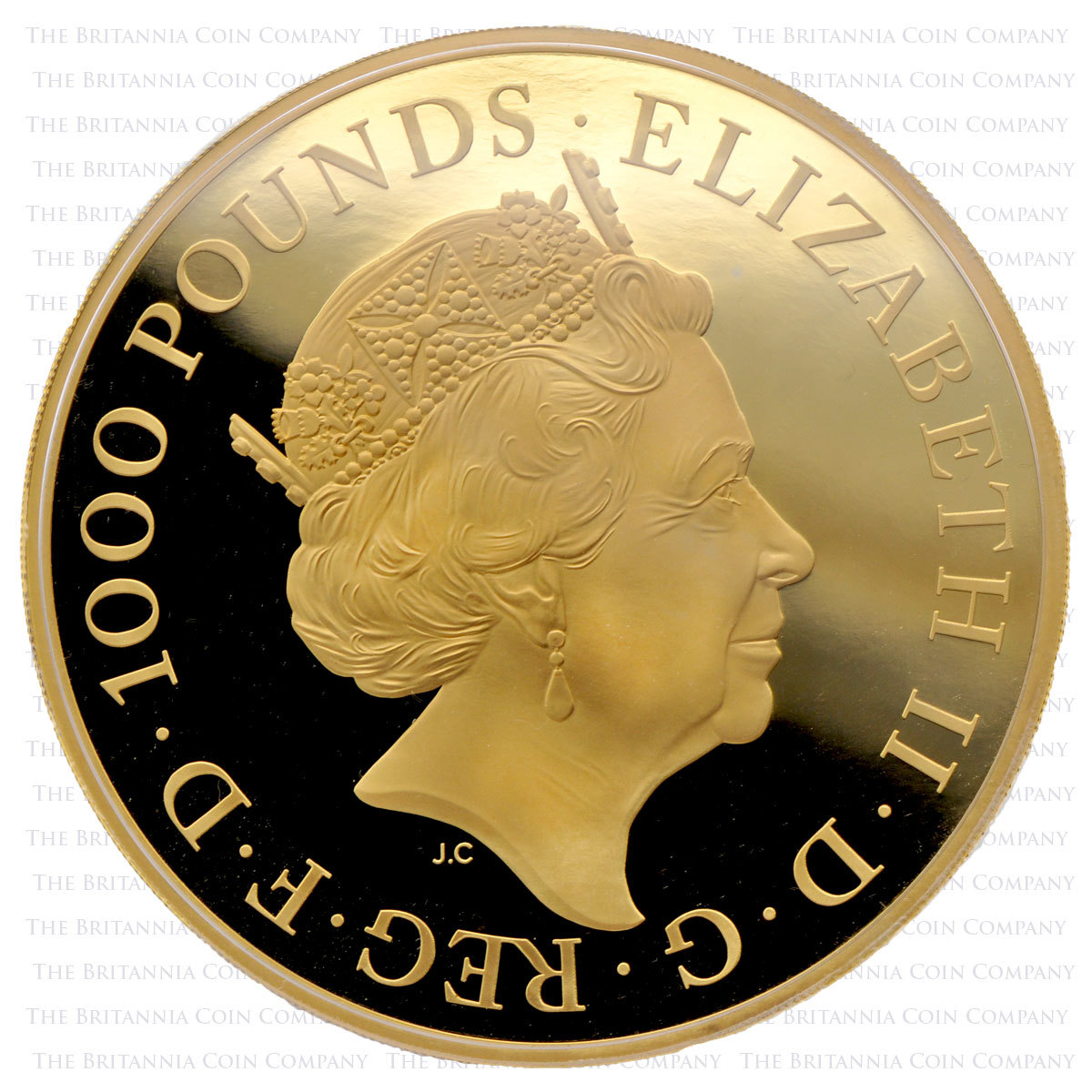 from
£215,000.00
(VAT Exempt)
The 2019 Gold 2oz Una and the Lion was one of the most eagerly awaited coins in recent history. Based on the 1839 £5 gold coin, the Royal Mint replicated the reverse and in doing so reproduced an item of numismatic legend. Only 12 one kilo gold Una and the Lion coins were struck, making this an exceptionally rare and collectable coin.
Log in to get notified when this product is back in stock.
Track Product
You are not logged in. Please Login to track this product.
Description Summary Specification About us

The 2019 Gold 1 kilo Una and the Lion is a gold proof coin, denominated as £1,000, which was launched as part of a limited series called 'The Great Engravers', in this case to celebrate the artistic talents of the engraver William Wyon (1795–1851).

The 2019 Gold 1 kilo Una and the Lion Obverse (front, heads) shows a portrait of Her Majesty Queen Elizabeth II. It was designed by Jody Clark. The legend is ELIZABETH II DG REG FD (Elizabeth II by the Grace of God Queen, Defender of the Faith) and the denomination 1000 POUNDS.

On 6 February 1952 she became Queen Elizabeth II in the House of Windsor. Her Coronation was on 2 June 1953. Her Majesty's Portrait is on the obverse of 2019 Gold 1 kilo Una and the Lion coin.

Specifications of the 2019 Gold 1 kilo Una and the Lion

The Britannia Coin Company of Royal Wootton Bassett was established to offer market leading prices to collectors and investors. Its services include the buying and selling of a wide range of rare, interesting and collectable coins. These include newly minted gold, silver and other precious metal coins to milled, hammered, ancient and landmark issues from across the globe. Royal Wootton Bassett, home to The Britannia Coin Company, was awarded Royal status by Her Majesty The Queen, Elizabeth II, in 2011. The Royal status was presented to the town after the community paid its respects to fallen soldiers repatriated through the town's High Street during the wars in Iraq and Afghanistan. It is the first town to be awarded such an honour for over 100 years.