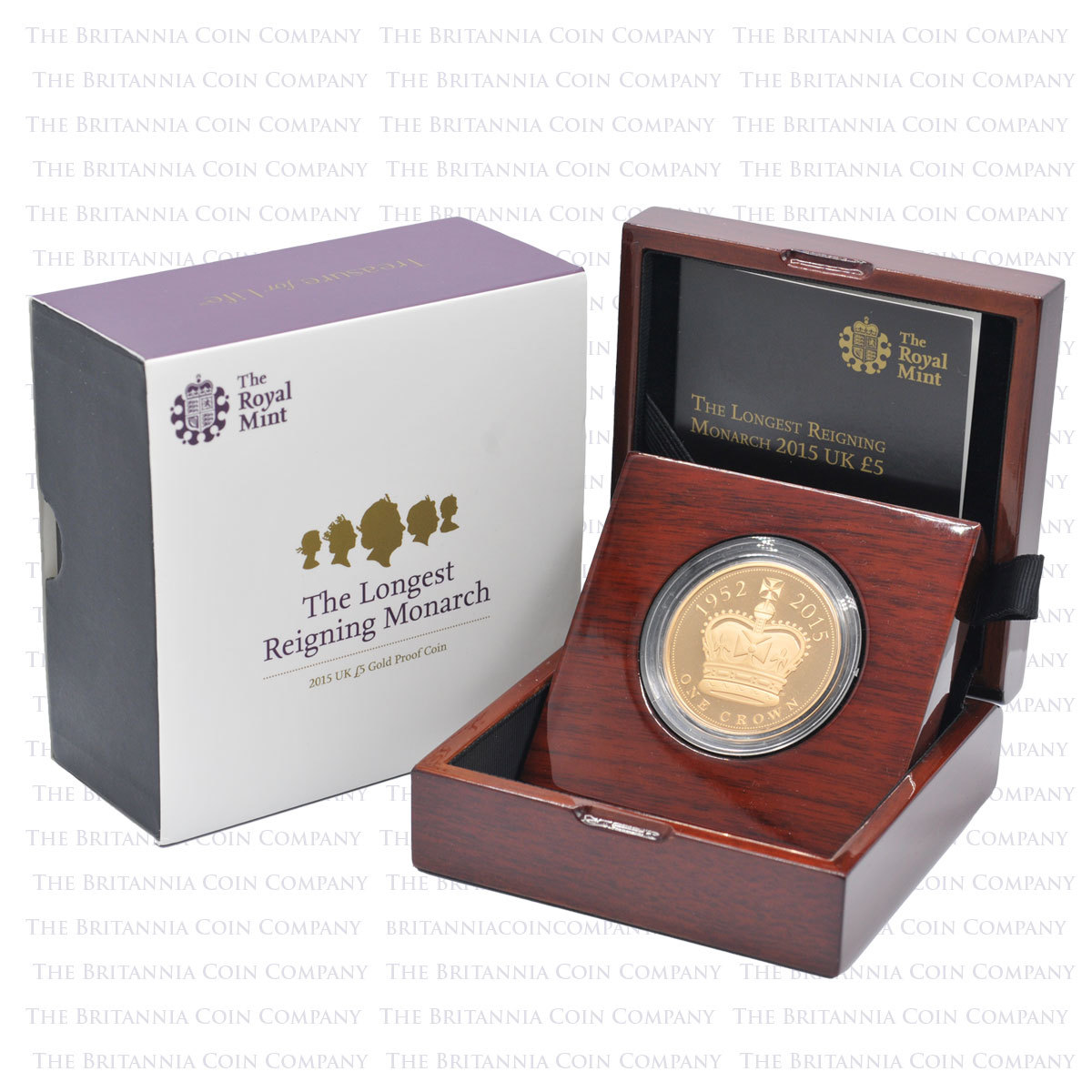 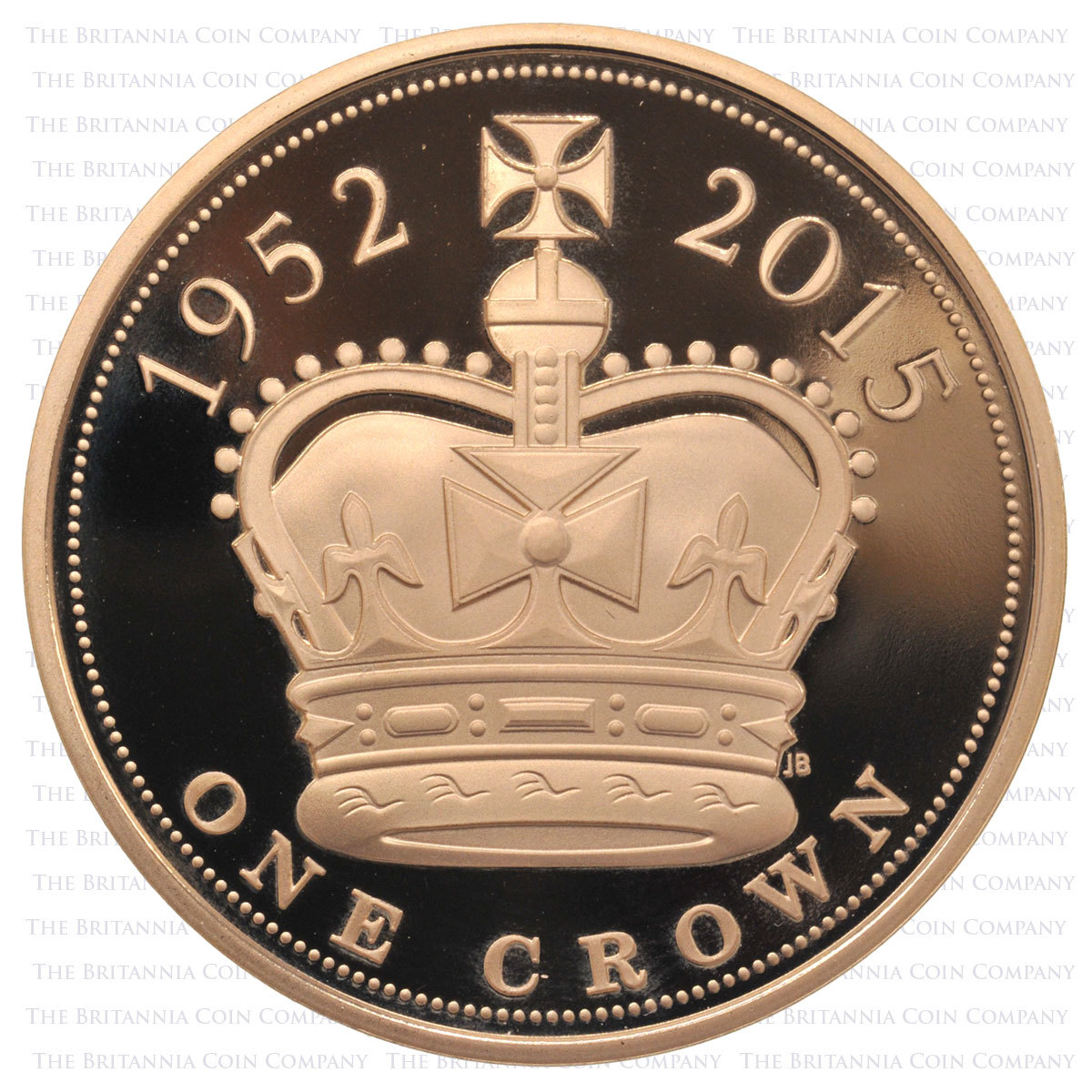 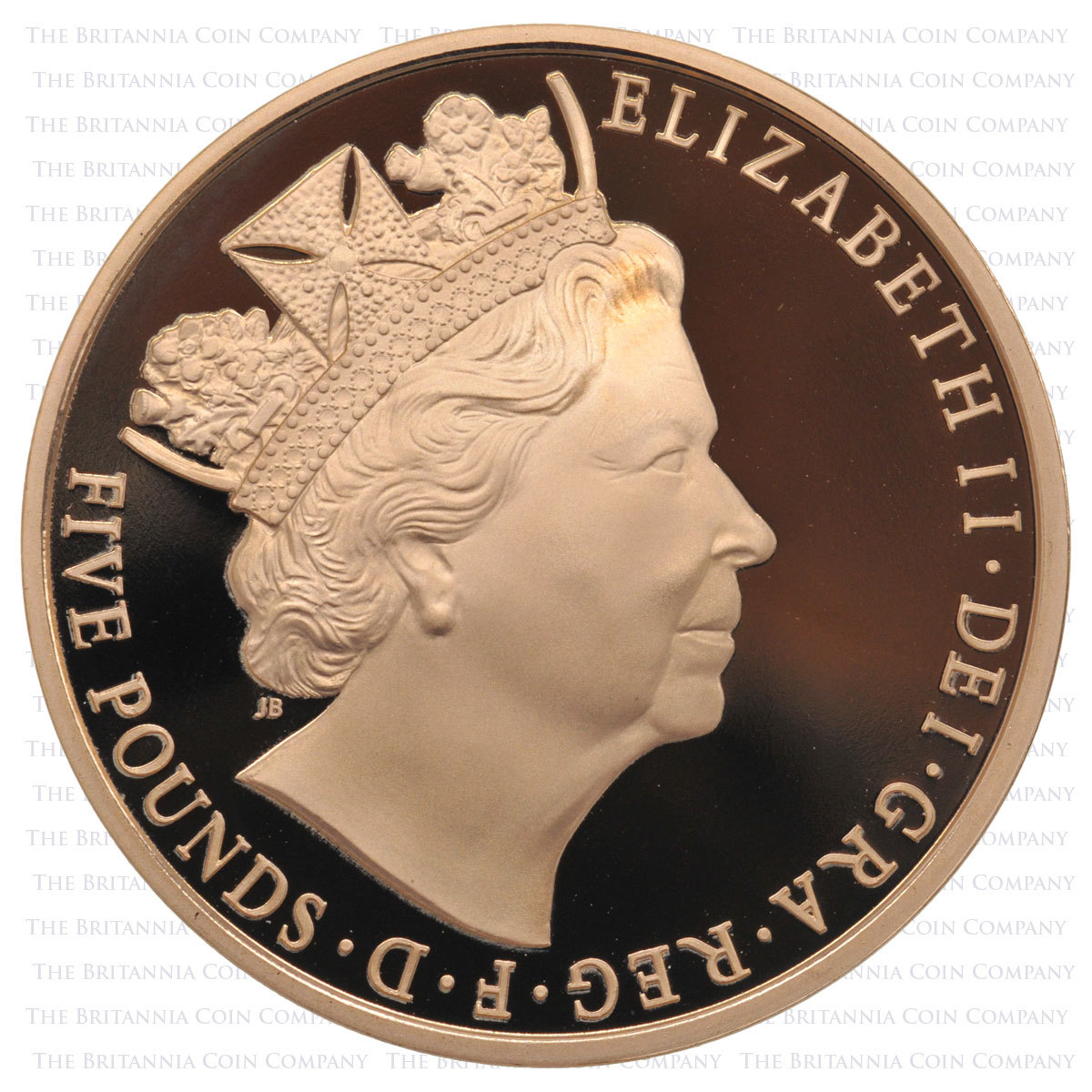 from
£3,495.00
(VAT Exempt)
Gold proof £5 Crown to celebrate Her Majesty The Queen becomming the United Kingdom's longest reigning monarch.
Log in to get notified when this product is back in stock.
Track Product
You are not logged in. Please Login to track this product.
Description Summary Specification Royal Mint

On 9th September 2015, Queen Elizabeth II achieved a remarkable record: The Longest Reigning Monarch. The previous record of 63 years and 216 days was held by her great-great-grandmother, Queen Victoria. By the way, the longest reigning British King was George III, who is third on the list with 59 years, 96 days.

For such a landmark, the Royal Mint commemorated the occasion with this 2015 £5 Gold Proof coin.

It is one of the many longevity records that is held by Her Majesty, who is also the oldest ever reigning monarch. On 6 February 2017 she became the first British monarch to reign for 65 years, her Sapphire Jubilee. The event was so unique that the term 'sapphire jubilee' was created just for the occasion.

In 1947, the 21-year old Princess Elizabeth married Prince Philip of Greece and Denmark, later to be known as Prince Philip, Duke of Edinburgh. They had four children: Charles, Prince of Wales and heir to the Throne; Anne, The Princess Royal; Prince Andrew, Duke of York; and Prince Edward, Earl of Wessex.

The Obverse of The Longest Reigning Monarch 2015 UK £5 gold proof shows a special portrait of the Queen. James Butler created a new portrait that was used in just a few commemorative coins. The Butler portrait was also used on the 2016 Gold Sovereign proofs.

The Reverse, also be James Butler, features the Coronation Crown worn by The Queen on her coronation in 1952.

The edge of the coin is inscribed with 'LONG TO REIGN OVER US'.

The Royal Mint set a mintage limit of 1,500 of The Longest Reigning Monarch 2015 UK £5 gold proof coins, although only 1,000 are available in presentation edition boxes.

The Longest Reigning Monarch 2015 UK £5 gold proof coin was minted at The Royal Mint which is the designated place for the UK to mint coins. It dates back well over 1000 years and is a Government-owned company.

Formed in the reign of Alfred the Great about the year 886, it moved to the Tower of London in 1279 and remained there for over 500 years. The Master of The Royal Mint has included famous figures such as Sir Isaac Newton. Since 2010 it has operated as Royal Mint Ltd, a company owned by HM Treasury, under an exclusive contract to supply all coinage for the UK although it also produces medals and coins for other countries. It is currently located at Llantrisant, Wales, and it has an excellent visitor centre if you want to see what they do.