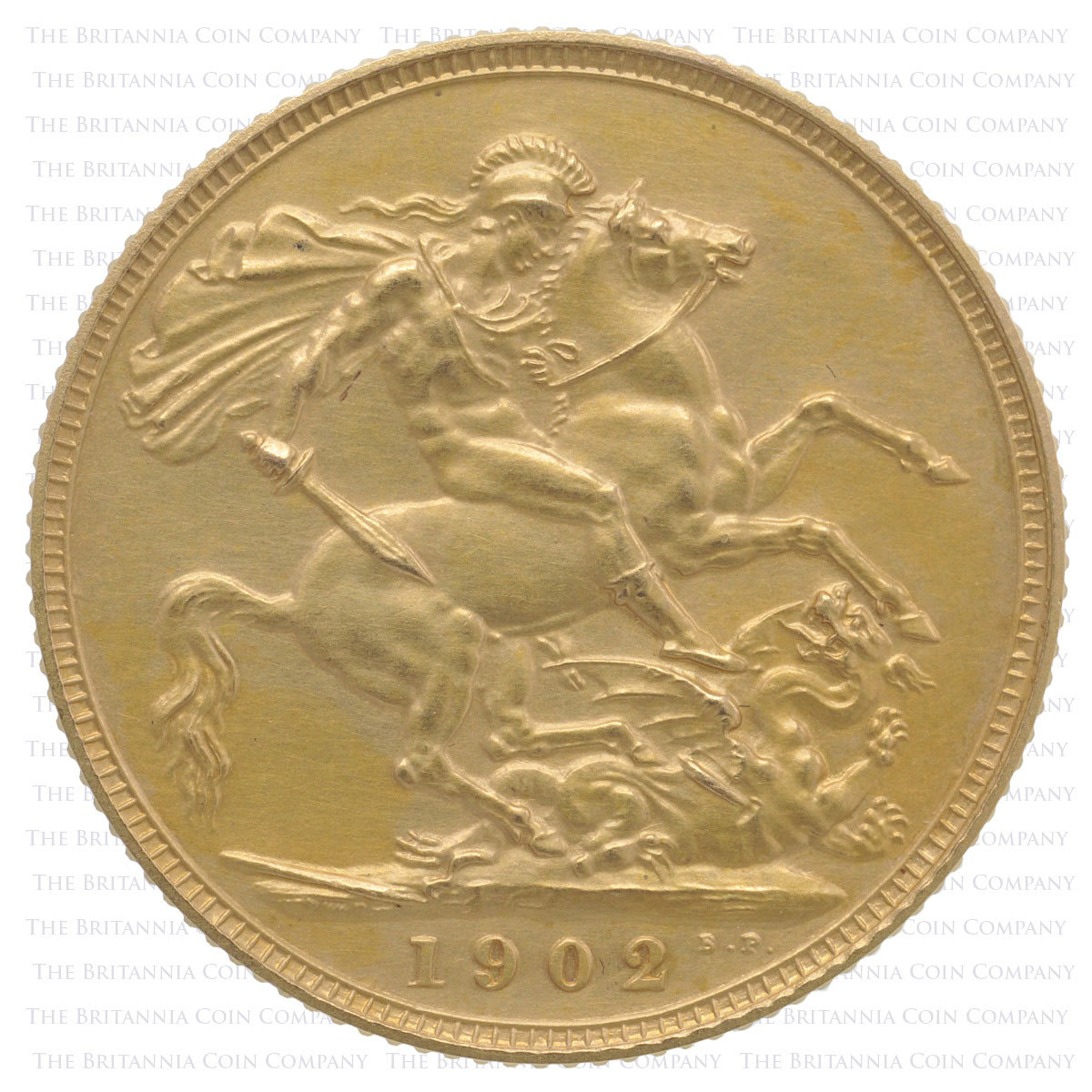 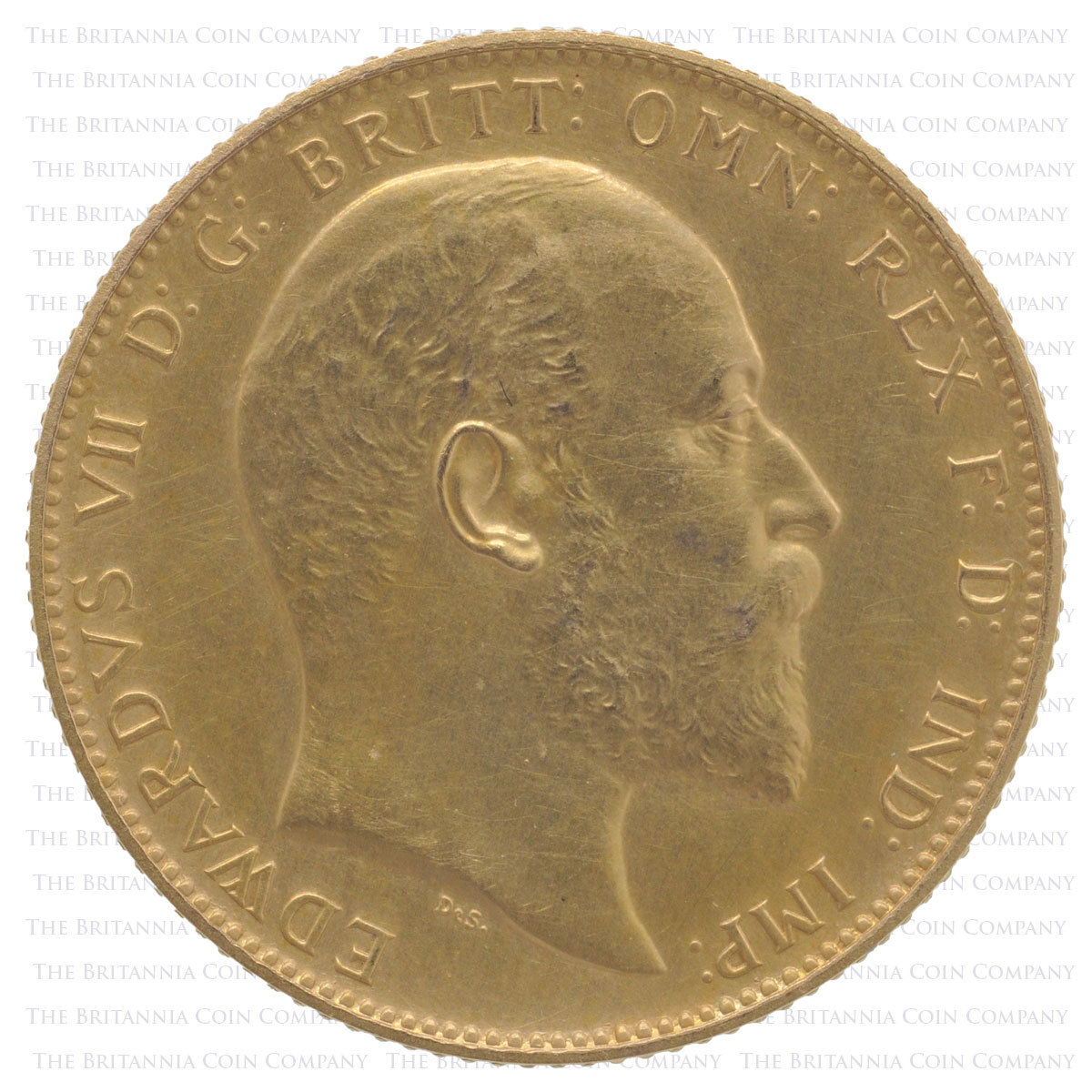 from
£945.00
(VAT Exempt)
A highly collectable 1902 matt proof Sovereign.
Log in to get notified when this product is back in stock.
Track Product
You are not logged in. Please Login to track this product.
Description Summary Specification Royal Mint

Proof sovereigns were not always as common as they are today. The custom was to only release a proof sovereign in the first or coronation year of the new monarch. In 1902, Edward VII added a even exceptional twist in that the 1902 gold sovereign would have a matt finish, making the coin both rare and extremely desirable.

A matt proof finish (also spelled as matte proof) is a textured finish, a sort of etched/sandblasted low-reflective surface, very much a stark contrast to the normal proof that has highly polished mirror-like surfaces. Proof sovereigns themselves were fairly rare before the 1980's and matt proof sovereigns are incredibly rare. In 1902 this was an experimental finish.

Edward VII ruled from 1901-1910. He was the eldest son of Queen Victoria and as such had to wait many years to be King. Edward was born to Queen Victoria and Prince Albert of Saxe-Coburg and Gotha on 9 November 1841 at Buckingham Palace.

Edward loved the crowds, fashion and life. Although Edward was married at the age of 21 to Princess Alexandra of Denmark, he was known to be a womaniser and had more than 50 'relationships' with many high profile socialites and actresses of the day such as Lillie Langtry and Sarah  Bernhardt. Although his wife must have known about his discretions she ignored them, but Queen Victoria was outraged and her relationship with her son was strained for the rest of her life.

Edward VII became King of the United Kingdom and the British Dominions and Emperor of India on 22 January 1901 until his death in 1910.

The Gold Coinage of Edward VII

The obverse (front, heads) shows the bare head of King Edward VII and the usual Latin inscription. Below the head are the initials of the designer ‘De S’ for G. W. De Saulles.

The reverse (back, tails) is Benedetto Pistrucci’s famous St George and the Dragon.

The 1902 Matt Proof Sovereign also featured as part of two 1902 year sets issued by the Royal Mint. The 11-coin set (known as the Short Set) was the current silver circulation coins plus Maundy, sovereign and half-sovereign. The 13-coin set (the Long Set) added the gold £2 and gold £5. All the gold coins were struck with a matt proof finish

Q: Is this 1902 Matt Proof Sovereign original and genuine?
A: Yes, and we guarantee it. With high value coins and investments such as the 1902 Matt Proof Sovereign, collectors and investors often worry about counterfeits, but actually gold coins are very difficult to forge due to gold's unique properties of density and colour. Gold is extremely dense and to use another metal and gold-plate it would result in a coin that is under-weight, over-diameter or half-again as thick, something that would be spotted very easily by a expert. You can buy from us 100% worry free.

Q: What's the difference between Standard Finish, Proof and Matt Proof?
A: The standard finish is what you see on bullion sovereigns. The coins is struck once using production dies and may have scuffs and scratches from the production process. Proof coins have a mirror-like finish. They are almost hand made, with appreciable care. When the coin itself is 'struck' (i.e. when the images are pressed into the metal), it is done so multiple times to ensure the image detail is outstanding. Proofs are made especially for collectors. Matt Proof have the same care during minting as a proof but they are given a textured finish.

Q: Why use 91.67% gold and not pure gold?
A: In the past, gold coins have been the normal circulation coins. Pure gold is very soft and would wear very quickly, so mints would add another metal, usually copper, in the ratio 11/12ths gold and 1/12th copper. This alloy is 22 carat or 91.67% gold and is considerably harder and more durable than 24 carat gold.

Specifications of the 1902 Matt Proof Sovereign

The 1902 Matt Proof Sovereign was minted at The Royal Mint which is the designated place for the UK to mint coins. It dates back well over 1000 years and is a Government-owned company.

If you would like to see where the 1902 Matt Proof Sovereign was created, the Royal Mint is currently located at Llantrisant, Wales, and it has an excellent visitor centre if you want to see what they do.