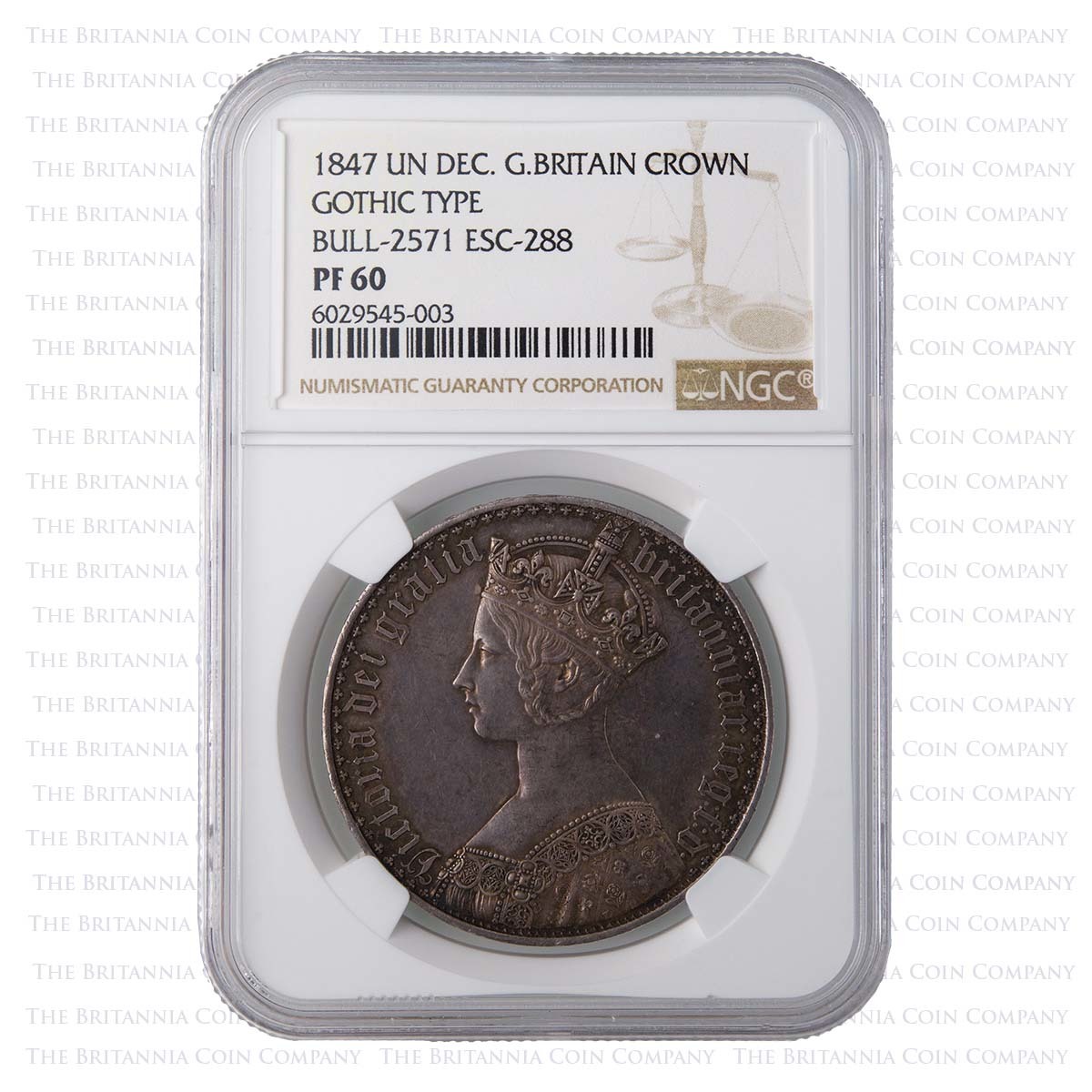 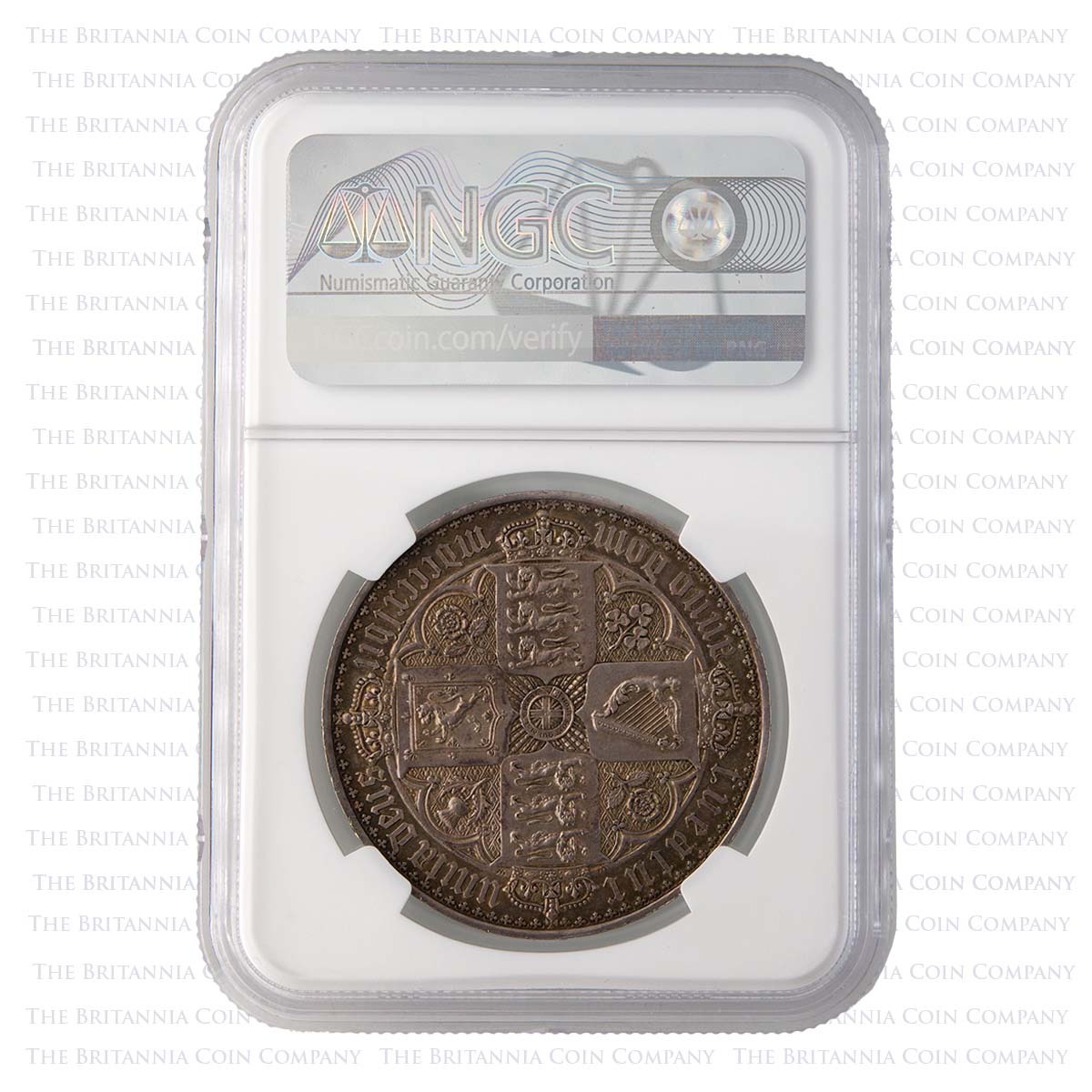 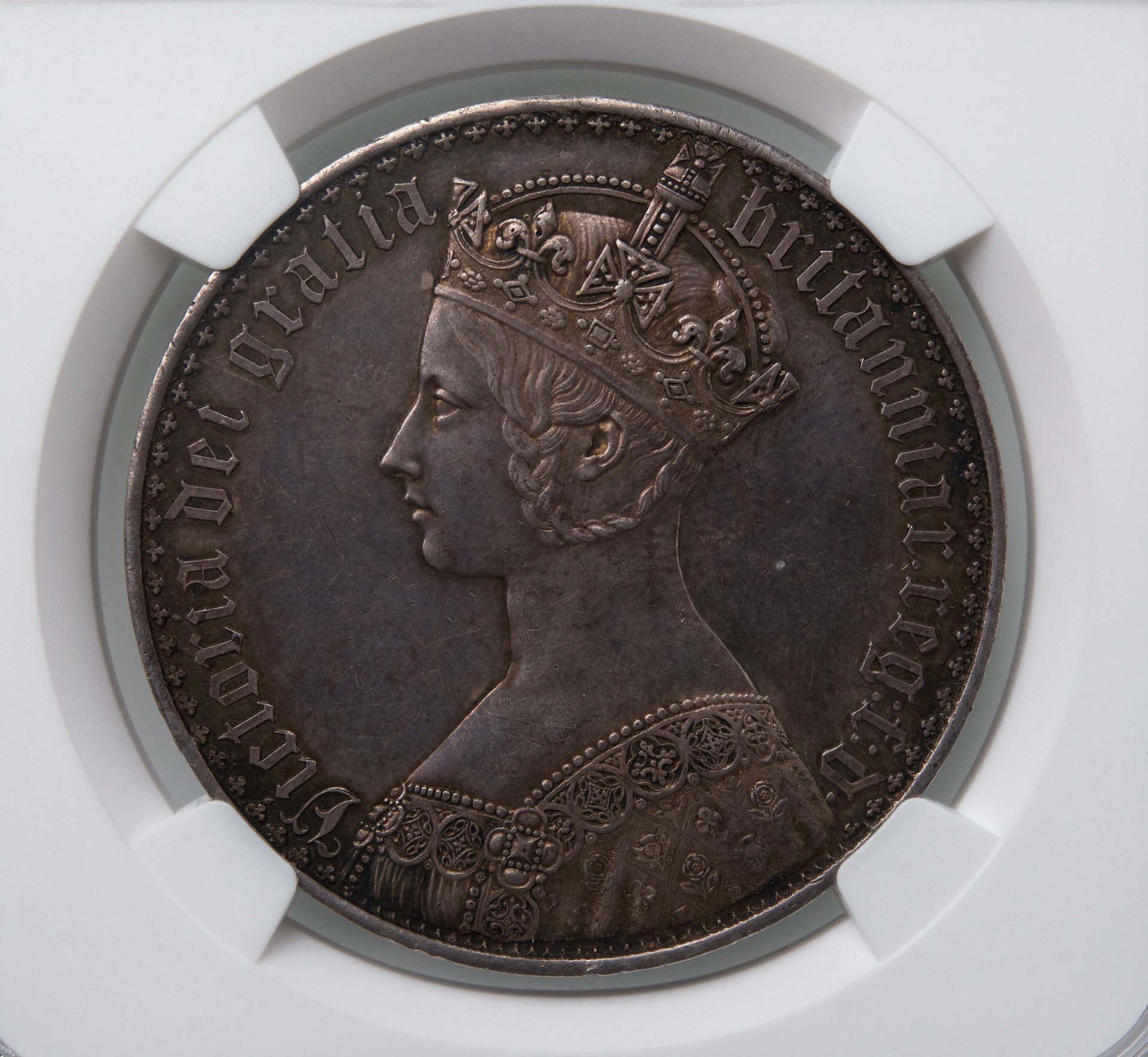 £8,000.00
A pleasing and collectible example of this sought-after issue. This 1847 Queen Victoria Crown gets its name from the Gothic Revivial details of the design. These include blackletter-style legends, Victoria’s medieval-style hairstyle, garb and crown. The obverse is the work of the renown William Wyon, then at the height of his career with the Royal Mint. The reverse features crowned cruciform shields of arms with national flower emblems in the angles. This was engraved by Wyon but designed by William Dyce. This Gothic Crown bears the regnal year ‘unidecimo’ in raised lettering to the edge. The coin has been graded by NGC as PF 60 and represents a well-preserved example of this popular coin.
Quantity
Cost Per Unit
Starts From
1+
£8,000.00
£8,000.00
Track Product
You are not logged in. Please Login to track this product.
Description Summary About us

An attractive Gothic Crown with the regnal year 'unidecimo' to the edge, graded PF 60 by NGC.

Among the most beautiful coins ever minted, Gothic Crowns are scarce and stunning. They feature a remarkable crowned portrait of Queen Victoria, garbed in the trappings of an art movement that was all the rage in the 1840s. Known as Medieval Revival or Victorian Gothic, it's proponents - including the engraver of this coin, William Wyon - looked to Britain’s past for inspiration.

It’s a captivating piece, entirely distinct in style from UK coinage issued before and after.

Rare and Sought After

The appeal of the coin continues today, resulting in a brisk collector’s market. New fans have the chance to own reissues. An Alderney version is available now and a version from The Royal Mint will be on offer soon. You can read more about this forthcoming addition to the Mint's Great Engravers series on our blog which also dives deeper into the history of the 1847 Crown.

The coin shows a fairly dark but even tone - deeper around the legends - with a difficult to capture iridescence to the reverse. It has been graded PF 60 by the Numismatic Guaranty Corporation which describes a proof coin with an average strike and no evidence of wear. Abrasions may be apparent but here they are in evidence primarily on the edges, minimally effecting the coin’s design. 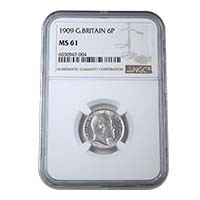 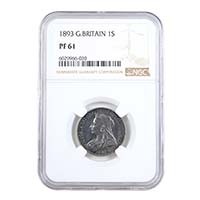 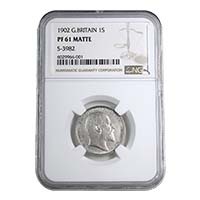