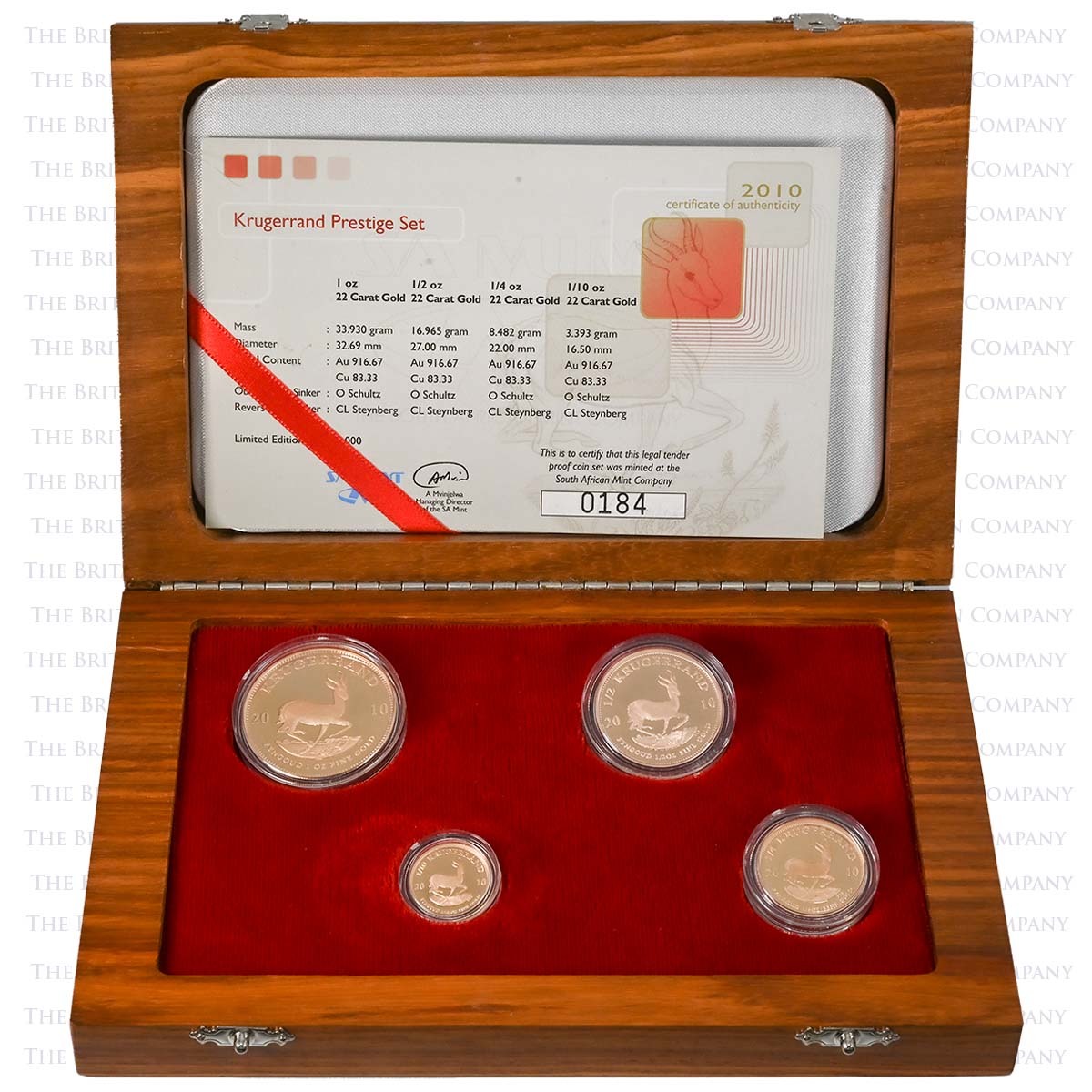 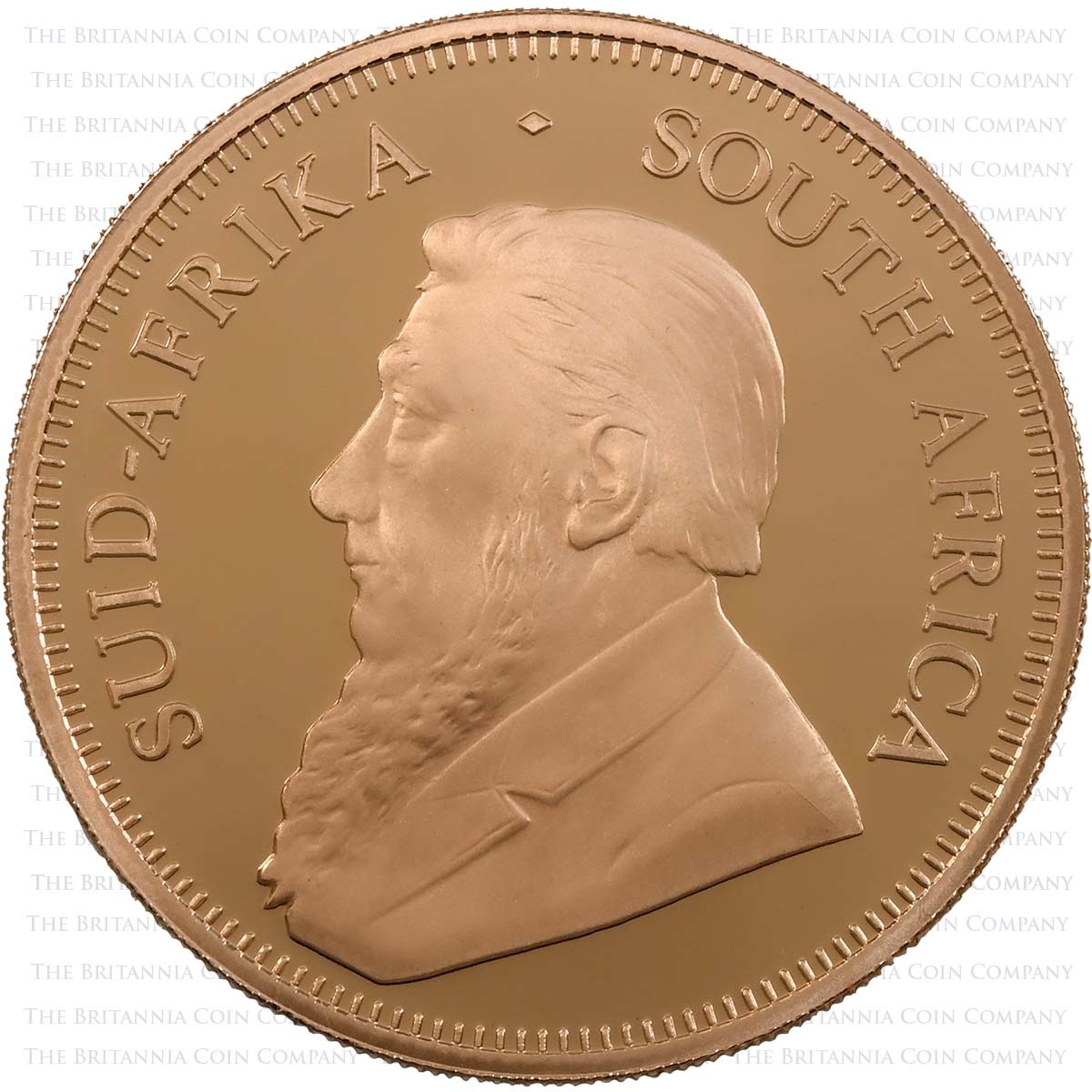 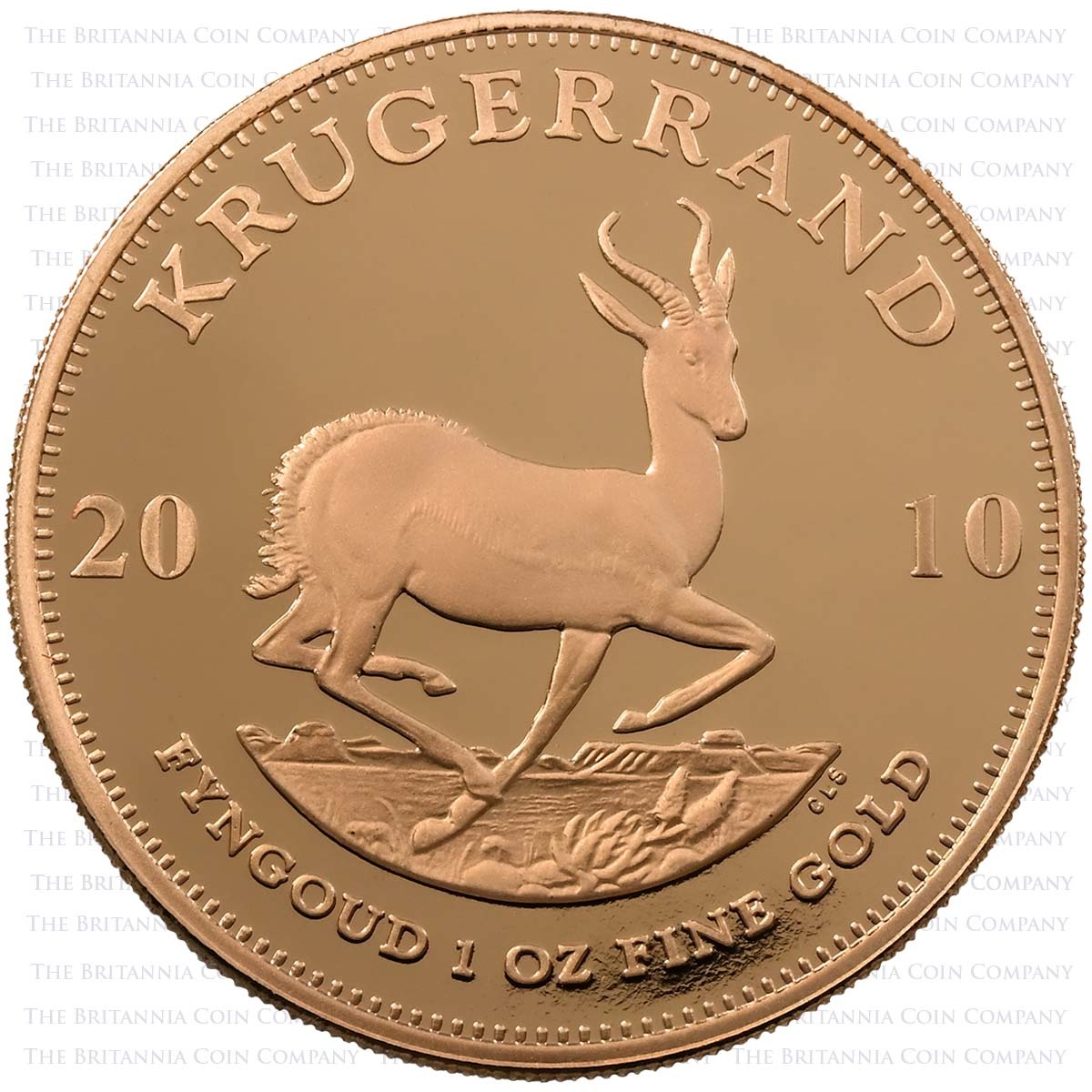 £3,250.00
(VAT Exempt)
Limited edition 2010 prestige gold Krugerrand set from the South African Mint. These sought-after gold coins have been minted with Rand Refinery precious metals since 1967. By 1980 they accounted for 90% of the global gold coin market. More recently, these gold coins have been offered in other metals, sets and a proof finish. This attractive 2010 presentation set contains a 1oz Krugerrand, a 1/2oz Krugerrand, a 1/4oz Krugerrand and a 1/10oz Krugerrand. All are composed of 22 carat gold and offered with a fine proof finish. All the coins in this set feature the distinctive portrait by Otto Schultz of Boer statesman, Paul Kruger, to the obverse. He gives these coins their name, combined with the Rand, the official currency of South Africa. The reverse shows the image of a ‘pronking’ springbok, the countries national animal, by C L Steynberg. The total weight of this set is 62.76 grams, equating to a gold fine weight of 57.55 grams. The coins are offered in their original wooden presentation box, sealed in capsules. Also included, a numbered certificate of authenticity.
Quantity
Cost Per Unit
Starts From
1+
£3,250.00
£3,250.00
Track Product
You are not logged in. Please Login to track this product.
Description Summary Specification About us

The name Krugerrand combines the official currency of South Africa - the Rand - with the name of influential South African statesman, Paul Kruger, who appears on the obverse side of these coins.

These 22 carat gold coins were introduced in 1967 using metal processed by the Rand Refinery, struck by the South African Mint. They proved an enormous success, accounting for more than 90% of the global bullion market by 1980 and inspiring similar bullion coins from countries around the world.

Today, Krugerrands are available in other metals, a range of fractional weights and with a collectible proof finish. These coins, however, maintain the specifications set down more than 50 years ago, including the distinctive springbok reverse, celebrating South Africa’s national animal.

This four coin set, issued in 2010, contains a full Krugerrand a a range of fraction coins, including:

Each of these coins are minted to proof standard in 22 carat gold. Intended for collectors, proof coins have a finer finish than their bullion counterparts thanks to multiple strikes of hand-prepared dies.

Proof Krugerrands are only issued in limited numbers and this set is no exception. Only a very limited amount of them were issued in 2010 and this one comes with its original numbered certificate of authenticity, proving its authenticity.

This is enclosed with the four coins in an attractive wooden box, lined with velvet. The coins are still sealed in their original wooden capsules, preserving their fine finish.

Like all Krugerrands, those in those in this set benefit from being VAT exempt as investment gold. The total weight of the coins in this collection is 62.78 grams, equating to 57.55 grams of fine gold.