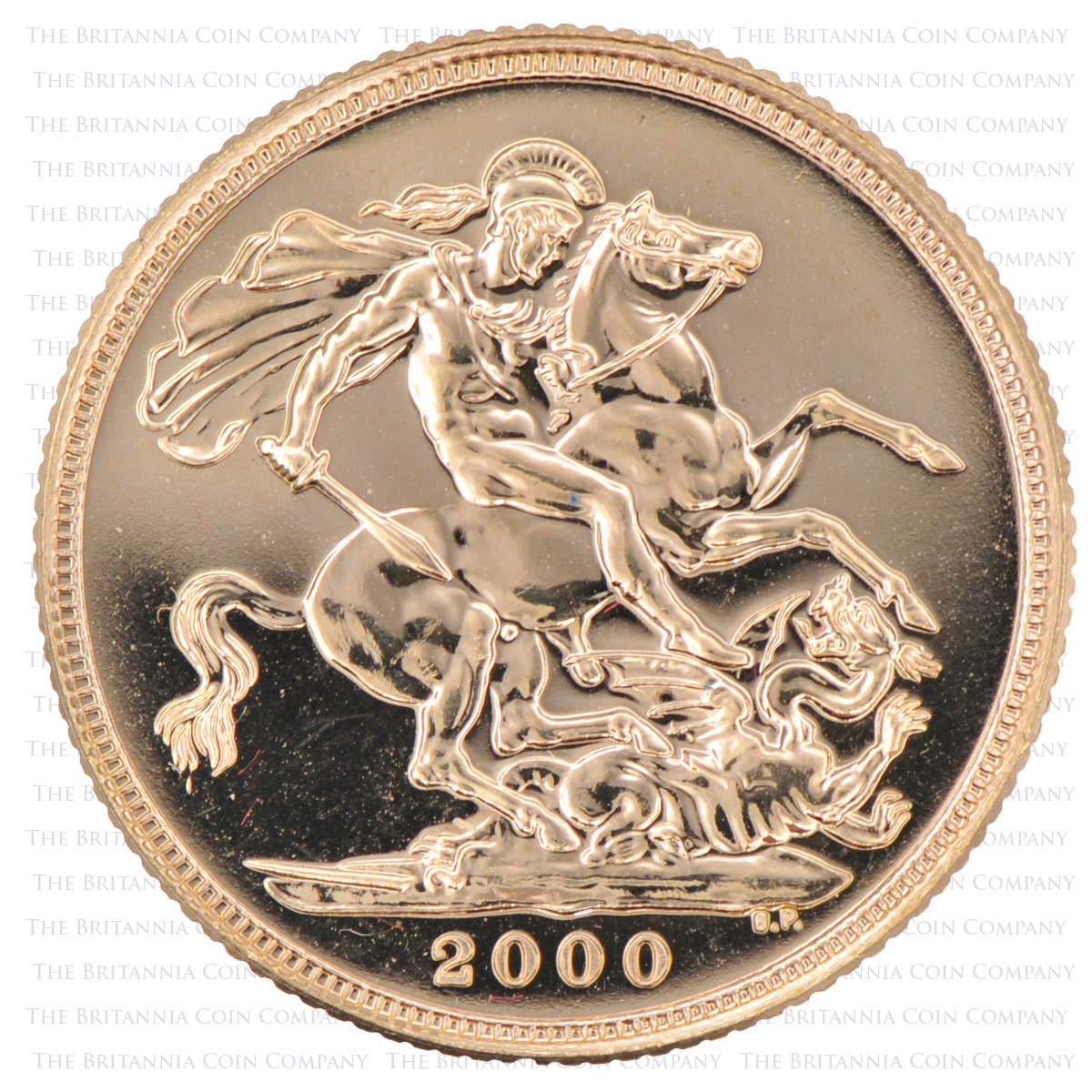 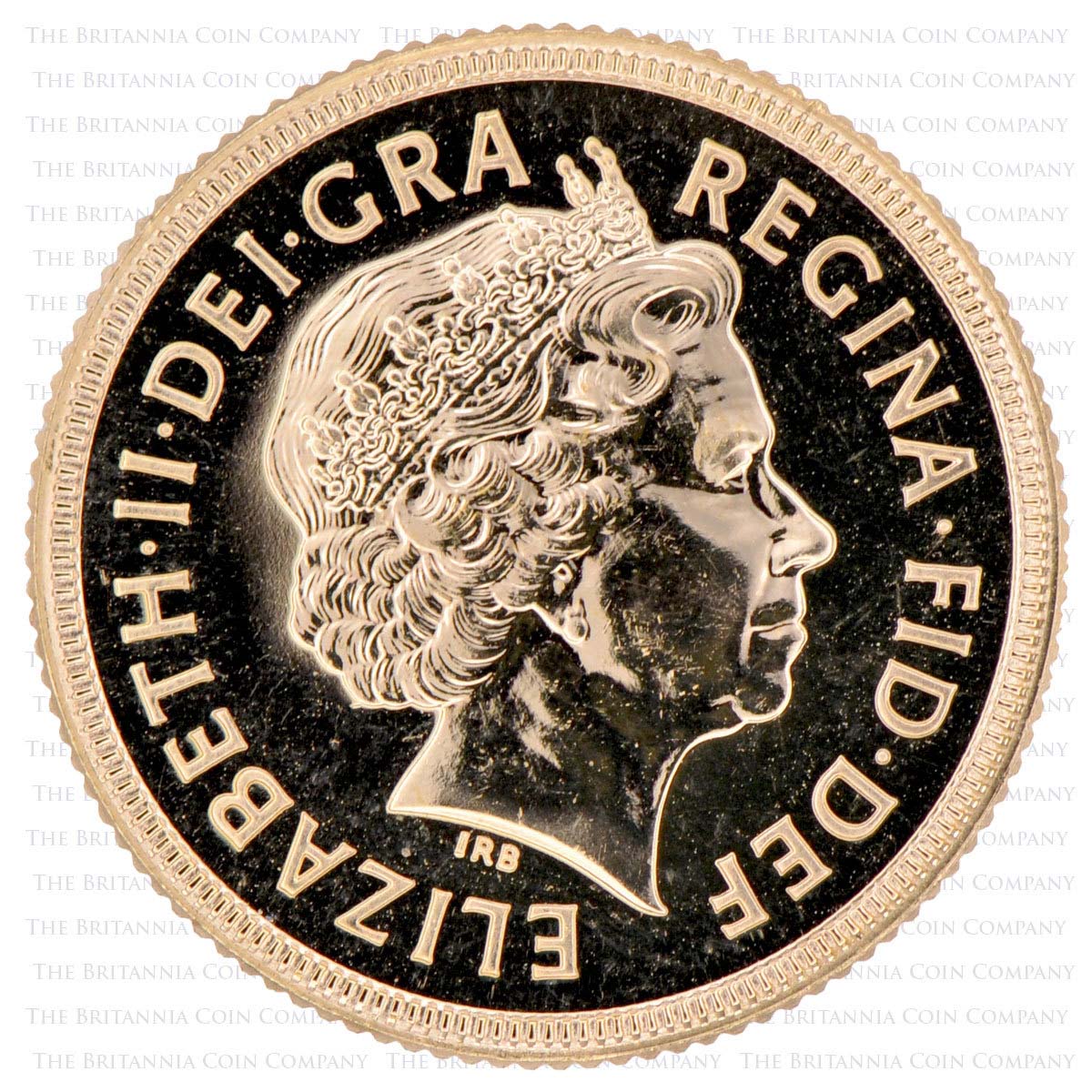 from
£401.51
(VAT Exempt)
The first Sovereign of the new millennium. This gold bullion Sovereign was released in the year 2000. High grade Bullion coin. Carefully selected by our team and graded at aEF (about Extremely Fine) or above. Extremely Fine or above coins have minimal indications of wear. This makes the coins a popular choice to mark the year of a special occasion. Ideal for a 21st Birthday. Bullion coins are also sold at a lower cost than their Proof versions, making them more affordable too. The coin's Obverse hosts the 4th Portrait of HM The Queen, Elizabeth II, by Ian Rank-Broadley. The Reverse includes a return to the classic depiction of 'St George and the dragon' by Benedetto Pistrucci. The Sovereign is exempt from VAT and Capital Gains Tax and our price is inclusive of fully insured UK shipping. Subject to stock availability.
Quantity
Cost Per Unit
Starts From
1+
£401.51
£401.51
Track Product
You are not logged in. Please Login to track this product.
Description Summary Investment Info Specification About Sovereigns Royal Mint About us

The first of the modern Sovereigns hosted a portrait of King George III and the 'St George and the Dragon' design by Benedetto Pistrucci. Pistruccin was an Italian engraver who became Chief Medallist at The Royal Mint. This 2000 Sovereign coin hosts a portrait of the longest reigning monarch of all time, HM The Queen, Elizabeth II.

The dawn of a new century and a new millennium. The year 2000 saw; the opening of London Eye and Millenium Bridge, the grand opening of the Millennium Dome (now known as the O2 Arena) by HM The Queen, the world plagued by the 'Year 2000 problem (Y2K)' computer calendar data glitch nicknamed the 'Millennium Bug', Ken Livingstone elected as the first independent London Mayor, the first broadcast of reality show Big Brother, the Queen Mother turning 100, and the production of the Mini ending at MG Rover after 41 years. The year also witnessed the first London tram opening since 1952, Colin Fallow setting the British land speed record at 300.3mph, and the Royal Ulster Constabulary awarded the George Cross. 2000 was a remarkable year in history, now immortalised in coinage.

The Obverse (front, heads) presents Queen Elizabeth II's fourth portrait by Ian Rank-Broadley. Elizabeth II is captured in the 'Girls of Great Britain & Ireland' Royal Diamond tiara, a wedding gift from Queen Mary in 1947. Her Majesty also wore the crown at her 1953 Coronation ceremony. It is the first bullion Sovereign to host this Portrait.

The Reverse (back, tails) of the 2000 gold bullion Sovereign hosts the signature 1817 'St George and the Dragon' design by Benedetto Pistrucci. This is the classic design's first appearance in a new millennium. In the 19th century, Italian engraver Pistrucci was instructed to create designs for George III's silver and gold coins by William Wellesley-Pole, The Master of The Mint. A renowned Pistrucci later engraved the Portrait of the Prince Regent on being crowned King George IV.

The coin includes the inscription, 'DEI GRA REGINA FID DEF', which translates to 'By the Grace of God, Queen, Defender of the Faith'. The inscription refers to HM Queen Elizabeth II's position as Supreme Governor of the Church of England. Elizabeth II has held the role since her accession to the throne in 1952 and Her Majesty remains a devout Christian.

The 2000 gold bullion Sovereign coin may be supplied in an acrylic capsule.

An ancient legend with a number of fabled stories associated with him, St George's legacy dates back to the 3rd century. The most familiar story recounts St George as a rescuer on horseback sent to slay a dragon to save a young maiden or princess. It is widely believed that the dragon in the mythical tale was slain at Uffington's Dragon Hill, a Bronze-age site just 20 miles from our premises. As the Patron Saint of England, St George celebrated on the 23rd April every year.

Sovereigns are one of the easiest ways to buy gold coins with investment encompassing two routes:

This 2000 Sovereign coin is struck to Bullion standard and has legal tender status with a nominal value of one pound sterling. The Royal Mint has produced the modern Sovereign coin since its origins in 1817. It was formerly a circulating coin that was accepted in the UK and around the world. Today, it is an easy way to invest in or collect gold Bullion. The coin's Obverse presents the 4th Portrait of Her Majesty the Queen, Elizabeth II, by Ian Rank-Broadley. This effigy appeared on coins from 1998 until its replacement in 2015. Having reigned for nearly 70 years, Elizabeth II has had five Royal Portraits on coins produced since her accession to the throne in 1952. The Portraits were created by; Mary Gillick (1953-1967), Arnold Machin (1968-1984), Raphael Maklouf (1985-1997), Ian-Rank Broadley (1998-2014) and Jody Clark (2015-).

The 2000 Sovereign coin was created at The Royal Mint and marks the return of the gold bullion Sovereign. Bullion Sovereign and other uncirculated coin production was suspended from 1982 at the Mint until the year 2000. At the turn of the millennium in 1999, The Royal Mint issued a limited number of Crowns, which were actually struck at the Millennium Dome (now the 02 Arena). Each of these special edition coins had a small Dome mintmark.

Based at Llantrisant in Wales, The Royal Mint is the official home of British coinage. With its own millennium-long history dating back to the reign of Alfred the Great and producing currency for 60 countries, it is considered one of the world's leading Mints. Its former home for over 500 years was the Tower of London, before the Mint was relocated to Wales following decimalisation in 1971. A gold Sovereign was the last coin struck in London in November 1975.