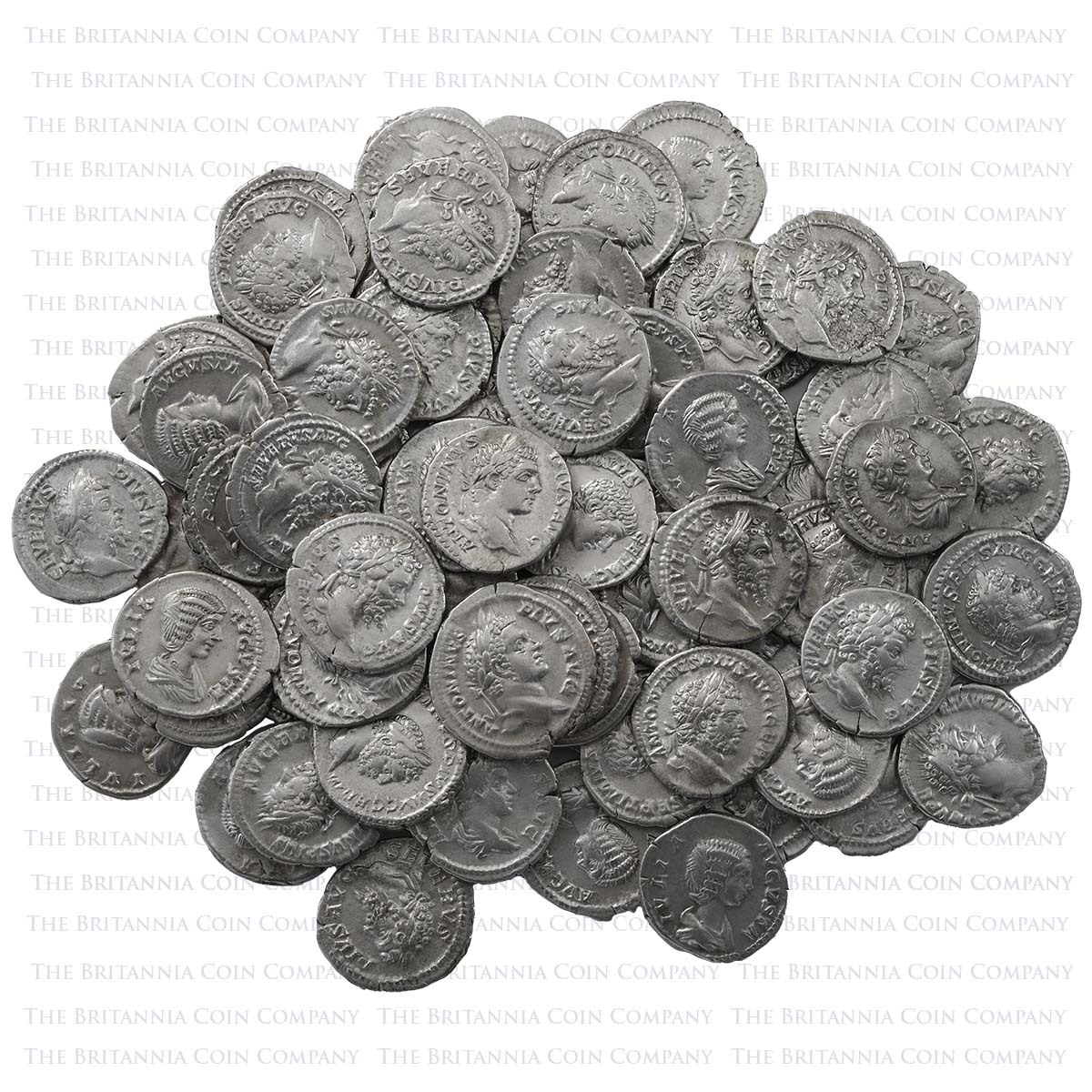 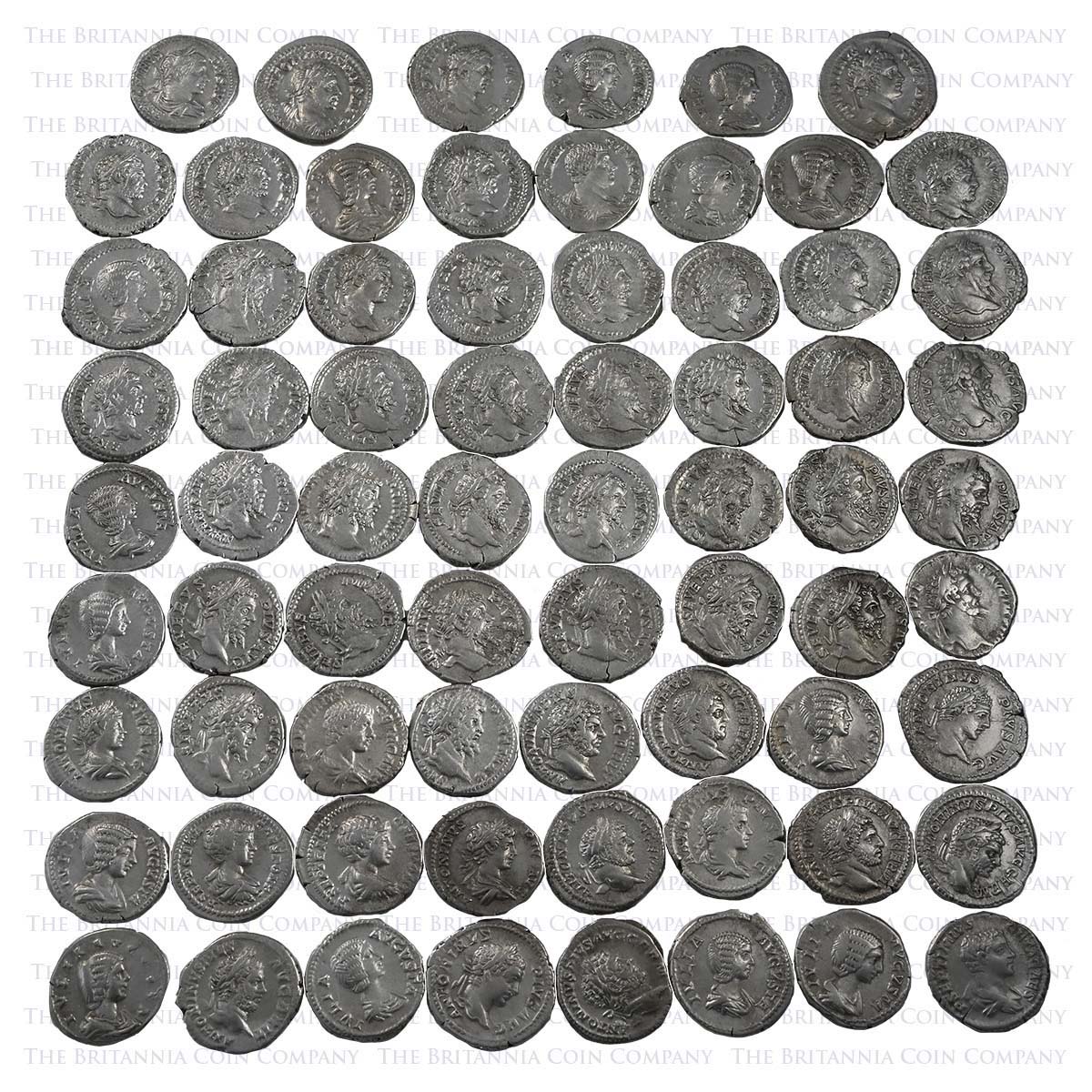 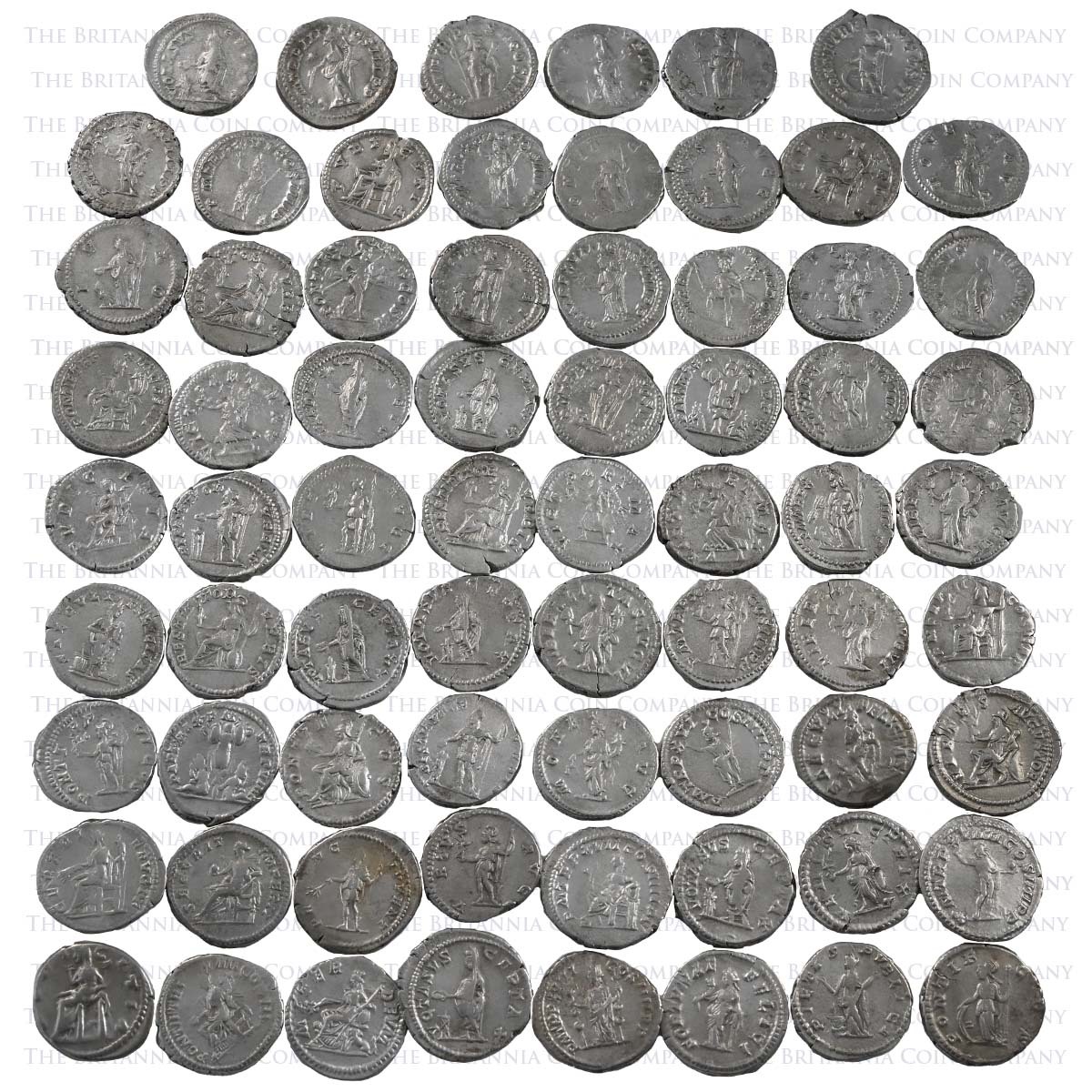 from
£42.00
Looking to test your identification skills or kickstart a Roman coin collection? Our bulk Denari from the time of the Severan dynasty are a great choice. The Severans ruled the Roman Empire between the years 193 and 235 AD: a fascinating period dominated by political turmoil and unstable family relations. You will receive our choice of genuine Severan Denari - the primary Roman silver coin in circulation at the time - picked from the 200 or so that we have in stock. The majority of these silver coins are of the Emperor Septimus Severus (ruled 193-211), his wife, Julia Domna and their children: Caracalla (198-217) and Geta (209-211). You may also receive Denari of other members of the Severan dynasty including Elagabalus (218-222) and Severus Alexander (222-235). Please refer to the photos to get a sense of the grade range of these coins. If you order five or more Denari we will ensure that you receive a range of different Emperors and reverses though you might receive duplicates if you order a large number.
Quantity
Cost Per Unit
Starts From
1+
£50.00
£50.00
10+
£47.50
£475.00
20+
£45.00
£900.00
50+
£42.00
£2,100.00
Track Product
You are not logged in. Please Login to track this product.
Description Summary About us

The Severan dynasty came to power in 193 after the tumultuous Year of the Five Emperors, founded by the Emperor Septimus Severus who defeated rival claimants and solidified his rule with extensive campaigning from Africa to Great Britain.

Septimus' sons by his influential wife, Julia Domna, served as co-Emperors and then ruled in their own right after his death. First Caracalla (ruled 198-217) and then Geta (209-211). All four members of the family issued diverse coinage bearing their image, as did Elagabalus (218-222) and Severus Alexander (222-235): the more distant relatives who succeeded them.

The Severans are remembered for their fractious interpersonal relationships and the political turmoil that endured throughout their rule.

What are silver Denari?

Silver Denari (the plural of Denarius) were the standard Roman silver coin, used across the Empire from the time of the Second Punic Wars in the late third century BC. By the time fo the Severan dynasty a single Denarius was worth 16 Asses (a smaller bronze coin). 20 Denari might buy a quality pair of army boots.

The Denarius was replaced by the Antoninianus, introduced in the early third century. These Severan Denari are among the last issued in silver though the coin was later struck in bronze.

The Denari we're offering here have been professionally cleaned. Theres a mix of grades and strikes: we recommend examining the photos carefully to get a sense of the range on offer. These are the exact coins you will receive, not stock images.

What coins will I receive?

You will receive our staff numismatists choice of coins from our current stock. If you order a small number we'll ensure that you receive a range of Emperors and reverse designs. Please be aware that duplicates may be present in large orders.

The more you order, the better our price. Buy five and each Denarius is £50 each, order 50 and these ancient silver coins are just £42.

Like all the coins we offer, your Severan Denari will be discretely and securely packed for delivery which you can track every step of the way. 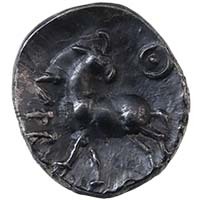 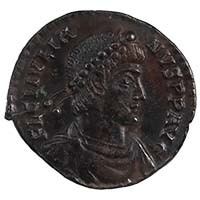 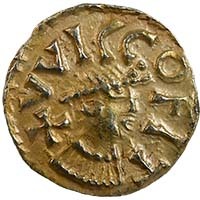