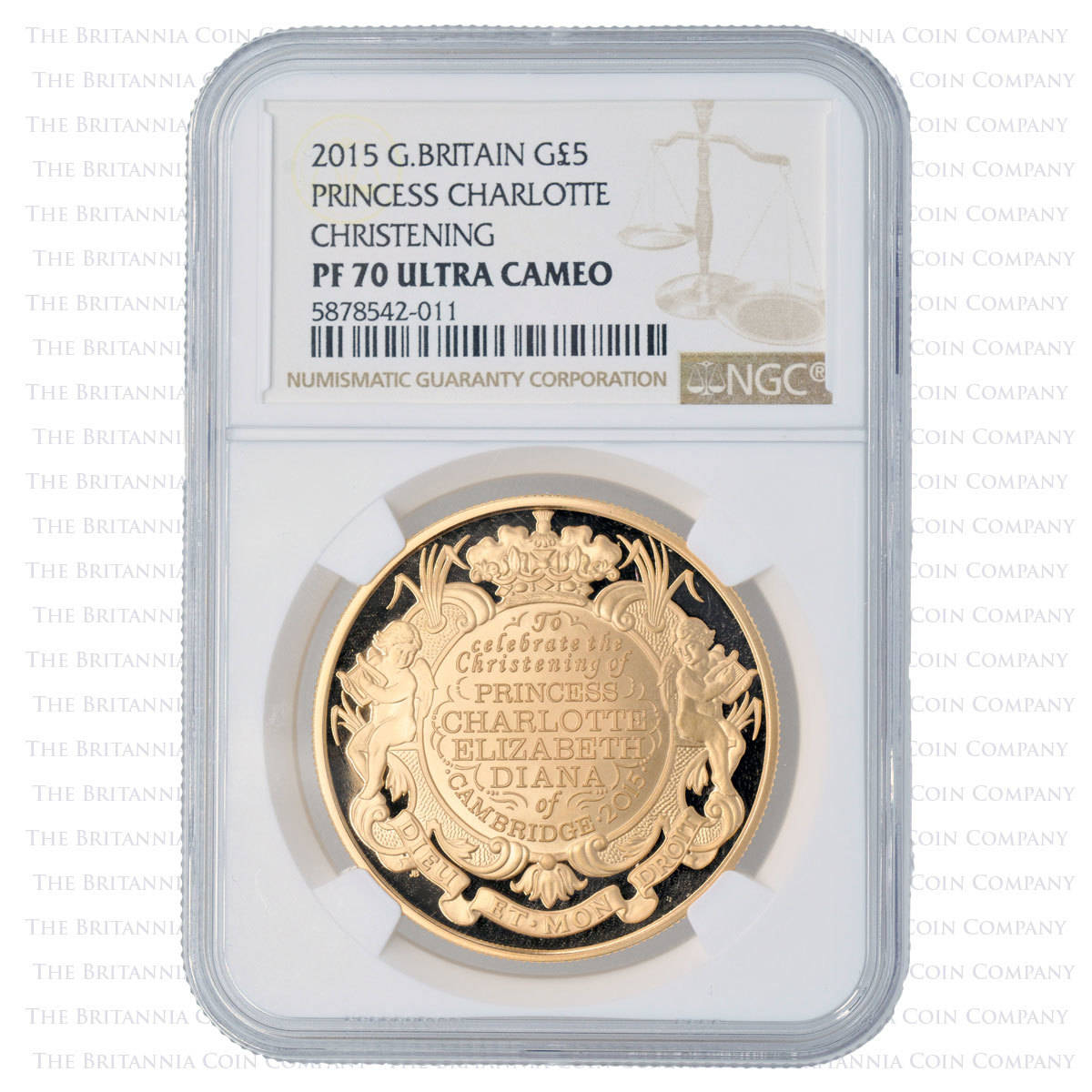 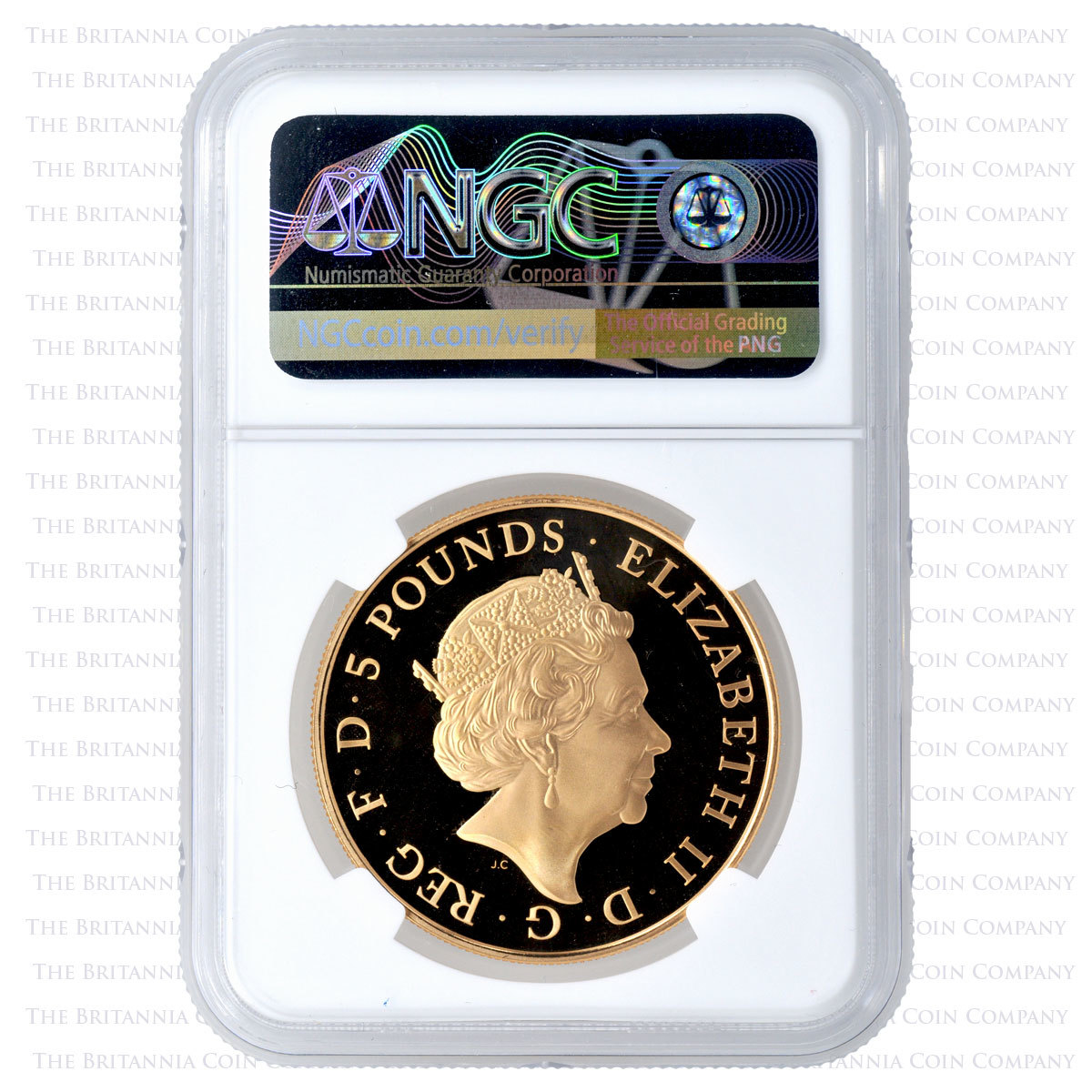 from
£4,995.00
(VAT Exempt)
Limited release of just 350. This 2015 Princess Charlotte Christening gold proof £5 has been graded & slabbed by NGC as PR70.
Log in to get notified when this product is back in stock.
Track Product
You are not logged in. Please Login to track this product.
Description Summary

Princess Charlotte is the second child of the Duke and Duchess of Cambridge (Prince William and Kate Milddleton), born Charlotte Elizabeth Diana Windsor on the 2nd May 2015. The Princess was christened on the 5th July 2015 at the Church of St Mary Magdalene, Sandringham. The christening was a small private event, attended by close family and friends of the Duke and Duchess. A list of Princess Charlottes Godparents can be found at www.royal.uk.

To commemorate the event, the Royal Mint issued a gold proof five pounds piece. The reverse design, surrounded by the representation of a silver lily font, between two cherubs, a crowned Baroque-style cartouche, features at the centre a nine line inscription reading 'To celebrate the Christening of PRINCESS CHARLOTTE ELIZABETH DIANA of CAMBRIDGE . 2015 .' On a ribbon below is the motto 'DIEU ET . MON DROIT'. The stunning composition was created by John Bergdahl, a prominent Royal Mint engraver, also responsible for other notable creations, such as the 2015 Magnta Carta two pounds design. The obverse of the coin depicts Queen Elizabeth II's fifth portrait, with the denomination '5 POUNDS', designed by Jody Clark.

The 2015 Princess Charlotte Christening gold proof five pounds is made of solid 22 carat gold (0.916 fineness), with a diameter of 38.61mm, weighing 39.94 grams (Actual Gold Content of 1.177 troy ounces). The coin had a maximum mintage issue of 350, according to Royal Mint sales reports, the full issue was sold out. The gold proof five pounds has been independently graded and slabbed by NGC as PR70 Ultra Cameo, making this piece was of the finest known!

Many grading companies have adopted a scale of 1 to 70, with 70 being the best grade obtainable. The 'PR' in front of the number refers to the finish quality of the coin, in this case it stands for 'Proof'. The phrase 'Ultra Cameo' describes the actual design depicted on the coin, if it is raised from the coin fields, or subdued. Ultra Cameo is the best on the scale, ranging from 'No Cameo', 'Cameo' to 'Deep Cameo'.

NGC has been an established third party coin grading service since 1987, and is the abbreviated name of Numismatic Guaranty Corporation. Set up originally in the United States, over the last two decades it has expanded into an internationally recognised coin grading service.