George V was born in 1865 to Edward VII and his wife, Alexandra. He came to the throne not long before the start of the First World War and is remembered for offering Britain strength. He was also the founder of the house of Windsor, as he stripped away his German name, Saxe-Coburg-Gotha, in favour of Windsor due to the anti-German feeling that spread during the war. He proved to be a popular king, held up as a symbol of continuity after the war, which is perhaps why the British monarchy survived even when other European monarchies were toppled. He died in 1936, the year after his Silver Jubilee, leaving the throne to his son, Edward. 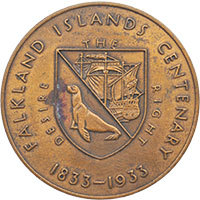 George V was born in 1865, the son of Edward, Prince of Wales, and his wife, Alexandra, who later became King Edward VII and Queen Alexandra. George V is remembered as the founder of the house of Windsor and the king who offered strength to Britain through the First World War. The sailor king, as George became known, was a hearty, loud and dignified king who was dedicated to duty.

As a boy, George never expected to be king. It was his older brother, Eddy, who was heir to the throne. George joined the Royal Navy when he turned 18 and threw himself gladly into an exciting career. When Eddy died in 1892, however, George became heir to the throne himself and had to leave the navy behind.

George's grandmother, Queen Victoria, was still on the throne at the time. She guided the marriages of her family and now encouraged George to marry Eddy's fiancee, Princess Mary of Teck. It turned out to be a long and happy marriage and the couple had six children together.

Unlike his father, George didn't have a passion for travel. Instead, he loved spending time in the country with his family, at their home estate of Sandringham in Norfolk.

The Beginning of a New Reign

In 1901, after the death of Queen Victoria, the throne went to George's father, Edward. Before Edward's death in 1910, a constitutional crisis had stirred, with the government attempting to curb the power of the House of Lords. So, when George became king in 1910, he was left with a crisis on his hands that would put his abilities as a constitutional monarch to the test.

The House of Lords had rejected the Liberal government's budget in 1909. The prime minister at the time, Henry Asquith, wanted to restrict the power of the House of Lords so he introduced the Parliament Bill. The bill meant that the Lords couldn't veto any measure that the House of Commons passed.

Of course, the Lords didn't want to pass the bill. Asquith looked to the newly crowned George V, who became king in 1910, to create more Liberal peers to overcome the Conservative opposition in the House of Lords. In the end, after the Liberals won a second election in 1910, the Lords passed the Parliament Bill in 1911 without the need for more peers. The king's promise to create more Liberal peers proved to be enough to nudge the Lords to pass the bill as they didn't want the House of Lords overrun by Liberals.

The defining event of King George V's reign was undoubtedly the Great War. How could it not be? Running from 1914 to 1918, what's now known as the First World War was a time of heartbreaking tragedy for everyone involved. It was painful for George as not only was his country at war, but it was at war with Germany, a country from which many of his relations hailed.

With anti-German feeling spreading and the royal family under scrutiny because of their Germanic background, George made a grand gesture – in 1917, he cut the Germanic part of the family name and replaced it with something a little closer to home, going from Saxe-Coburg-Gotha to Windsor. He also requested that other members of the family swapped their German names for British ones. The Battenbergs, for instance, became the Mountbattens.

He supported the British thoroughly. Not only did he make visual signs of support, like wearing a military uniform, he also adopted a more frugal lifestyle and made over 450 visits to troops and countless visits to hospitals to boost morale and support injured servicemen.

The Monarchy After the War

A new world emerged after the war. Changes were rife, from modern transport to votes for women. George hated change but he did his best to put up with it, knowing he couldn't stop it. He did, however, ensure that Queen Mary's fashion remained rooted in the past. That, alongside his own old-fashioned beard, left the couple looking like relics of the past. It very much suited his demeanour.

After the war, monarchies were toppling all across Europe, but the British royal family was in fact strengthened. Britain saw its king as a great symbol of strength, reliability and continuity and came to love George for his honesty and simplicity. He was a reassuring reminder of their stable lives before the war.

There's no doubt that George stuck to his duty of being a constitutional monarch, whatever his personal feelings were. A hung Parliament resulted after a second election in 1923. The Conservatives were the largest party but, with the Liberals not prepared to work with them, George invited Ramsay MacDonald to form a minority Labour government in 1924, despite the fact he didn't agree with Labour. He made an effort to get on with them, too. 1931 saw a British political crisis, brought about by the international economic slump. The king actively persuaded MacDonald not to resign but to form a National Coalition government with the Conservatives and Liberals, which ended up being a successful move.

In 1935, King George V celebrated his Silver Jubilee, the 25th anniversary of being king. Beloved as he was, it was a celebration shared with the whole nation. Just the following year, however, Britain's adored king died on the 20th of January 1936. His son, Edward, was to become the next king, with a reign that wouldn't even last a year.