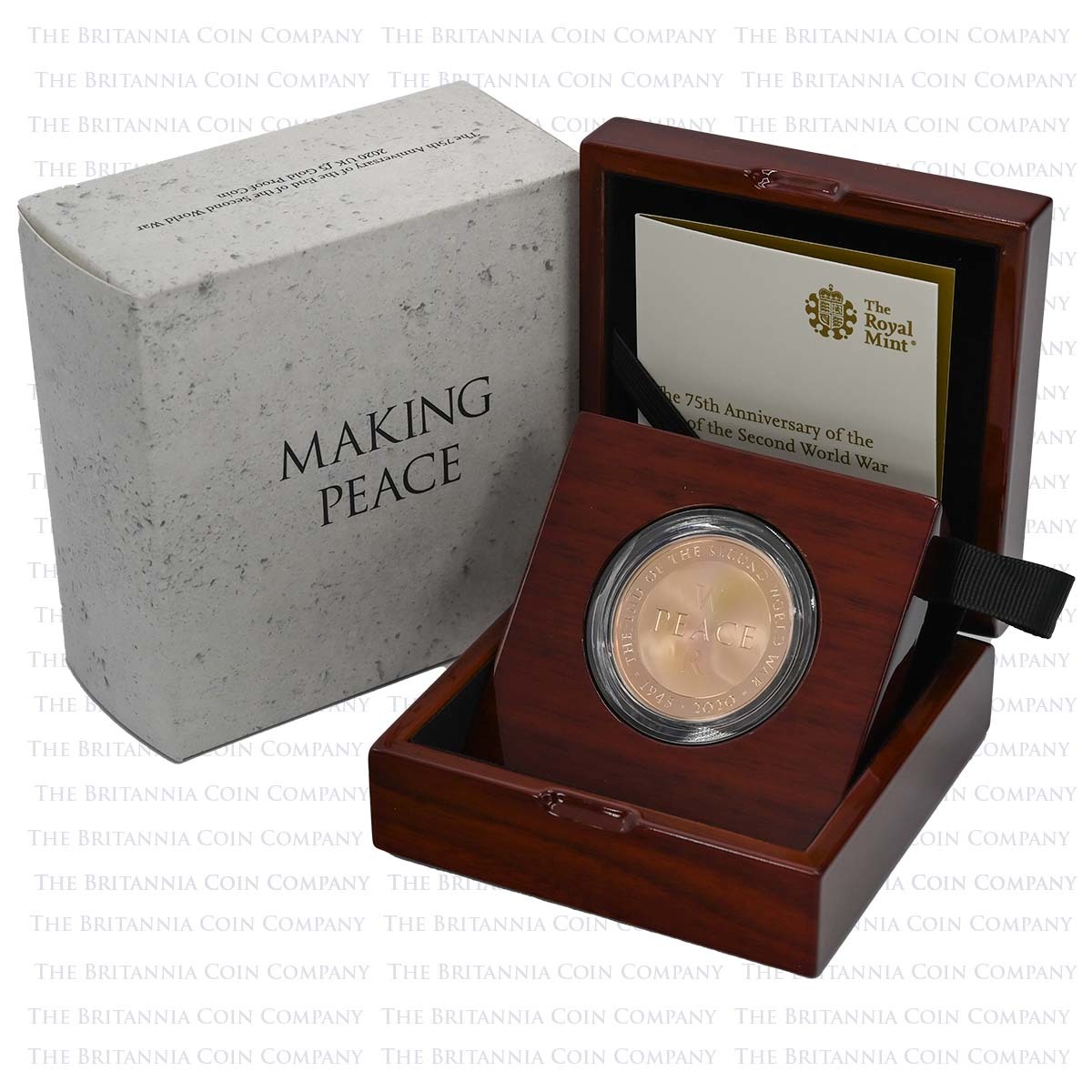 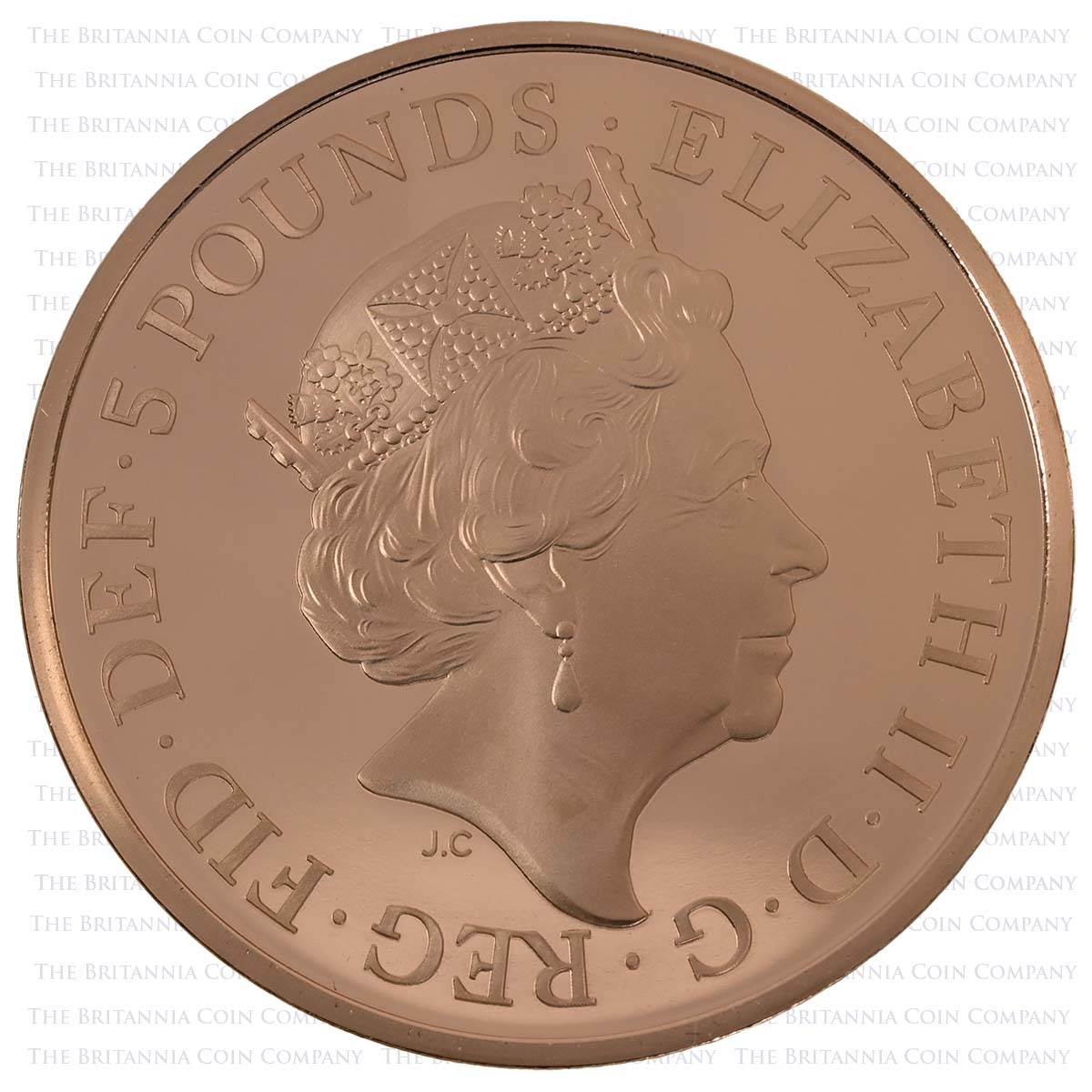 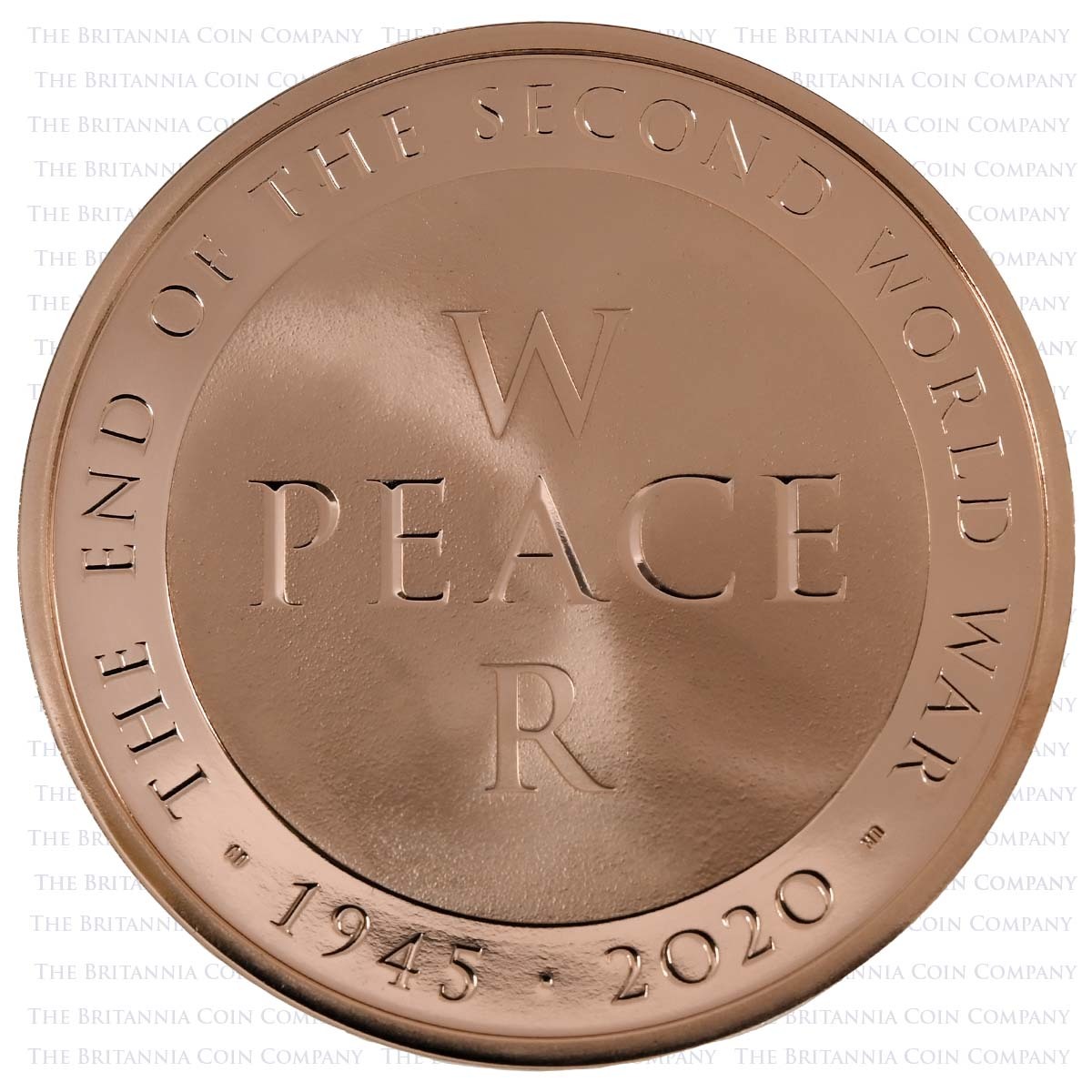 £10,250.00
(VAT Exempt)
2020 marks 75 years since the end of the Second World War, an occasion marked by The Royal Mint with a suite of commemorative coins, produced in collaboration with the Imperial War Museums. This gold proof Five Hundred Pound edition is the most limited in the collection with a very low mintage of just 75. It features a reverse designed by Matt Dent and Christian Davies, inspired by war memorials. It shows the words ‘WAR’ and ‘PEACE’ interlinked alongside the anniversary dates: ’1945 · 2020’. This is paired with the fifth official coinage portrait of Her Majesty the Queen by Jody Clark. Struck in 999.9 fine gold, this coin weighs 156.30 grams and has a diameter of 50.00 millimetres. It’s offered in its original presentation packaging from The Royal Mint with a numbered certificate of authenticity. VAT and Capital Gains Tax exempt, offered with free, insured UK delivery.
Quantity
Cost Per Unit
Starts From
1+
£10,250.00
£10,250.00
Track Product
You are not logged in. Please Login to track this product.
Description Summary Specification Royal Mint About us

A gold proof Five Ounce coin that poignantly commemorates 75 years since the end of the Second World War.

Victory in Europe Day (VE-Day) was celebrated on 7 May 1945, following the news of the German surrender, with spontaneous celebrations erupting across Western Europe and the United States.

The war in Asia continued until August 1945 when the surrender of Imperial Japan effectively brought the conflict to an end. Commemorated as Victory over Japan Day or VJ-Day, the conclusion of the war in the Pacific is marked on 15 August in the UK and on 2 September in the US.

The legacy of the conflict in Britain and the Commonwealth is recorded by the Imperial War Museums who have collaborated with The Royal Mint to offer a collection of coins, struck to celebrate the 75th anniversary of this momentous day.

The reverse of the 2020 War and Peace coin is the work of Matt Dent and Christian Davies who have designed several coins for The Royal Mint in recent years.

Dent and Davies were inspired by war memorials for the motif which links the words 'WAR' and 'PEACE,' saying:

'If you look closely, you can see the typography takes inspiration from classical v-cut lettering often found inscribed in stone – just like on war memorials – and the coin’s surface is subtly textured like solid rock.'

This is paired with the fifth official coinage effigy of Elizabeth II by Jody Clark with the legend: 'ELIZABETH II · D · G · REG · FID · DEF · 500 POUNDS ·'.

Only 75 of these gold War and Peace coins were produced by The Royal Mint in 2020, an appropriate number, given the anniversary. This coin is the largest and most exclusive of the War and Peace collection.

As investment grade gold this limited-edition coin is VAT free in the UK and the EU and Capital Gains Tax exempt as UK legal tender.