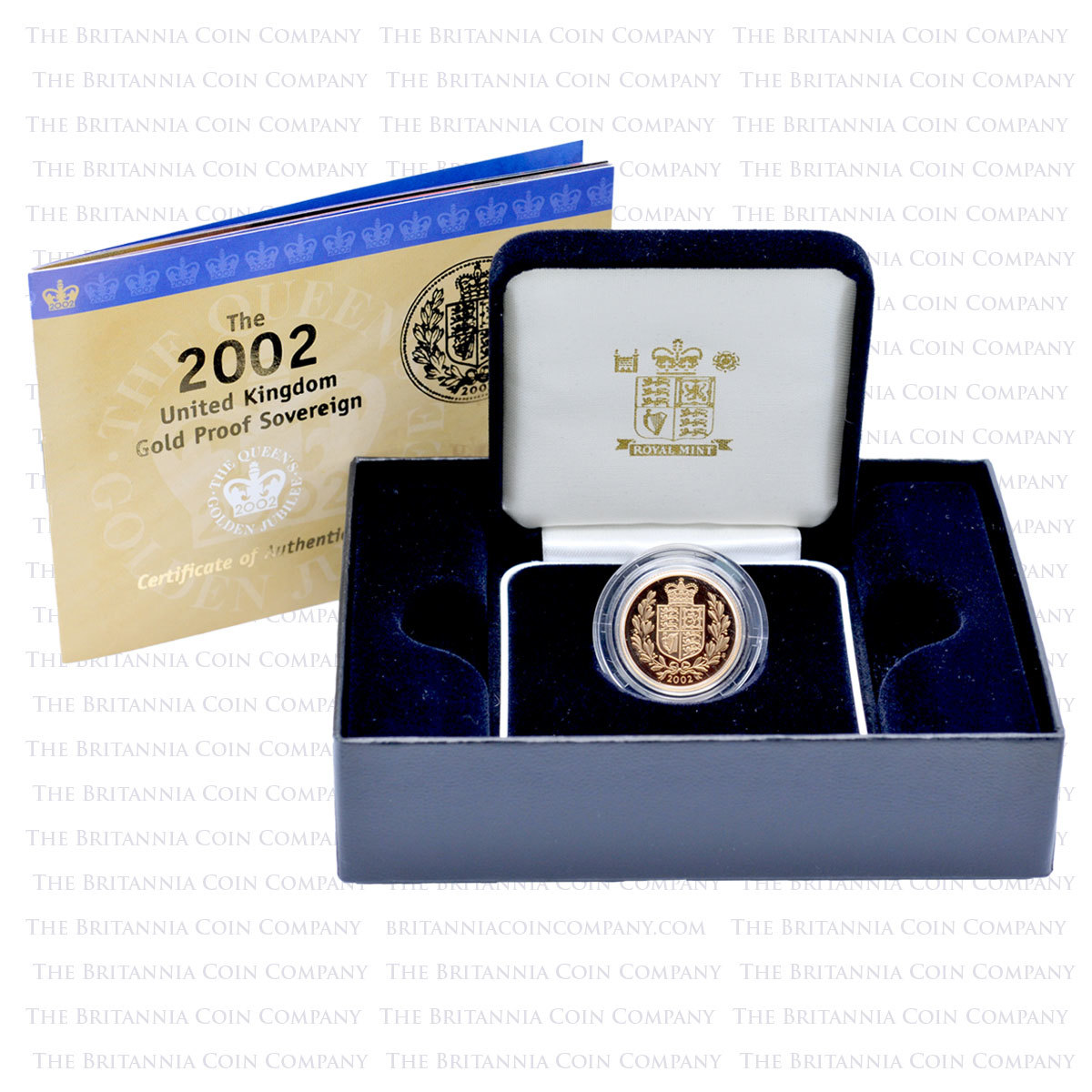 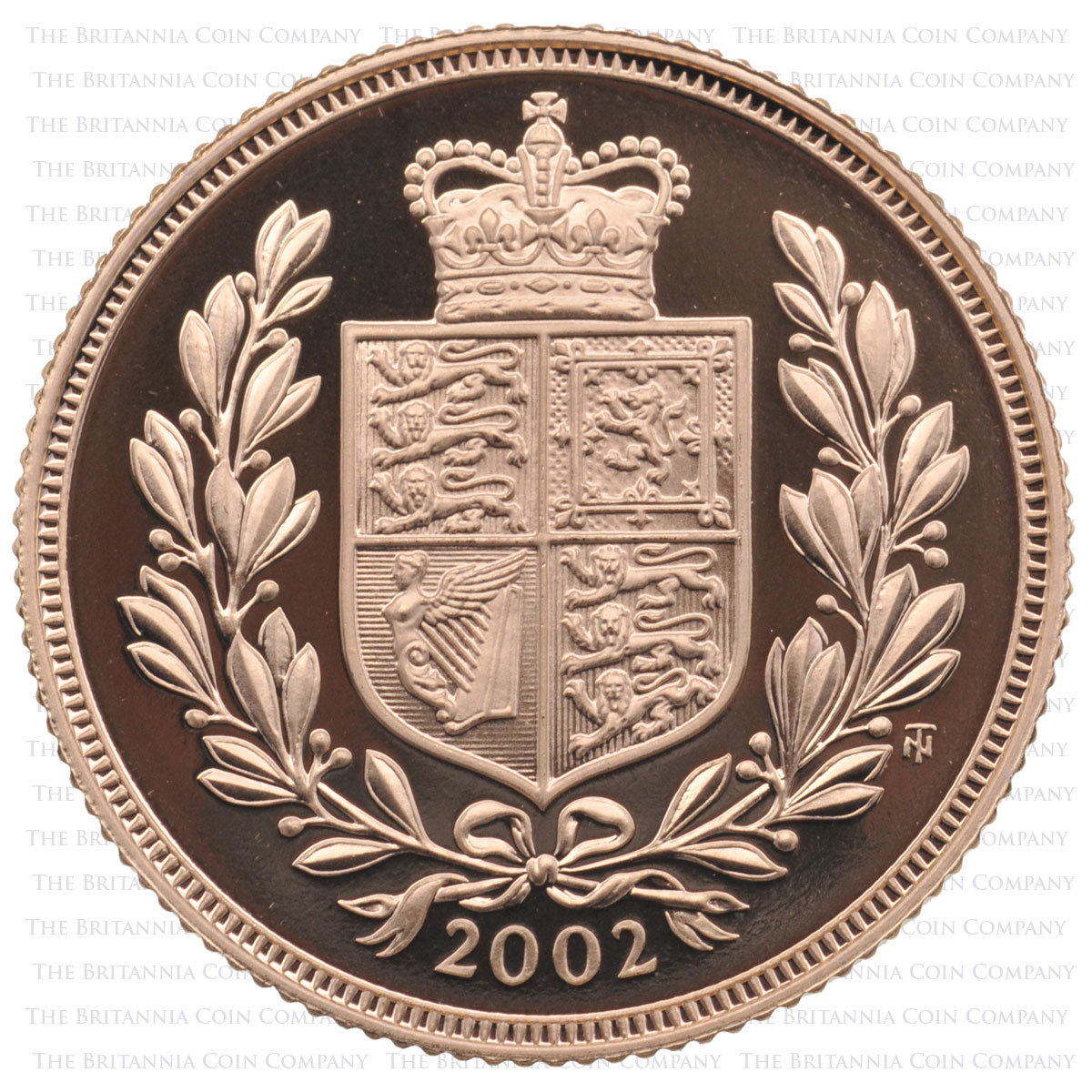 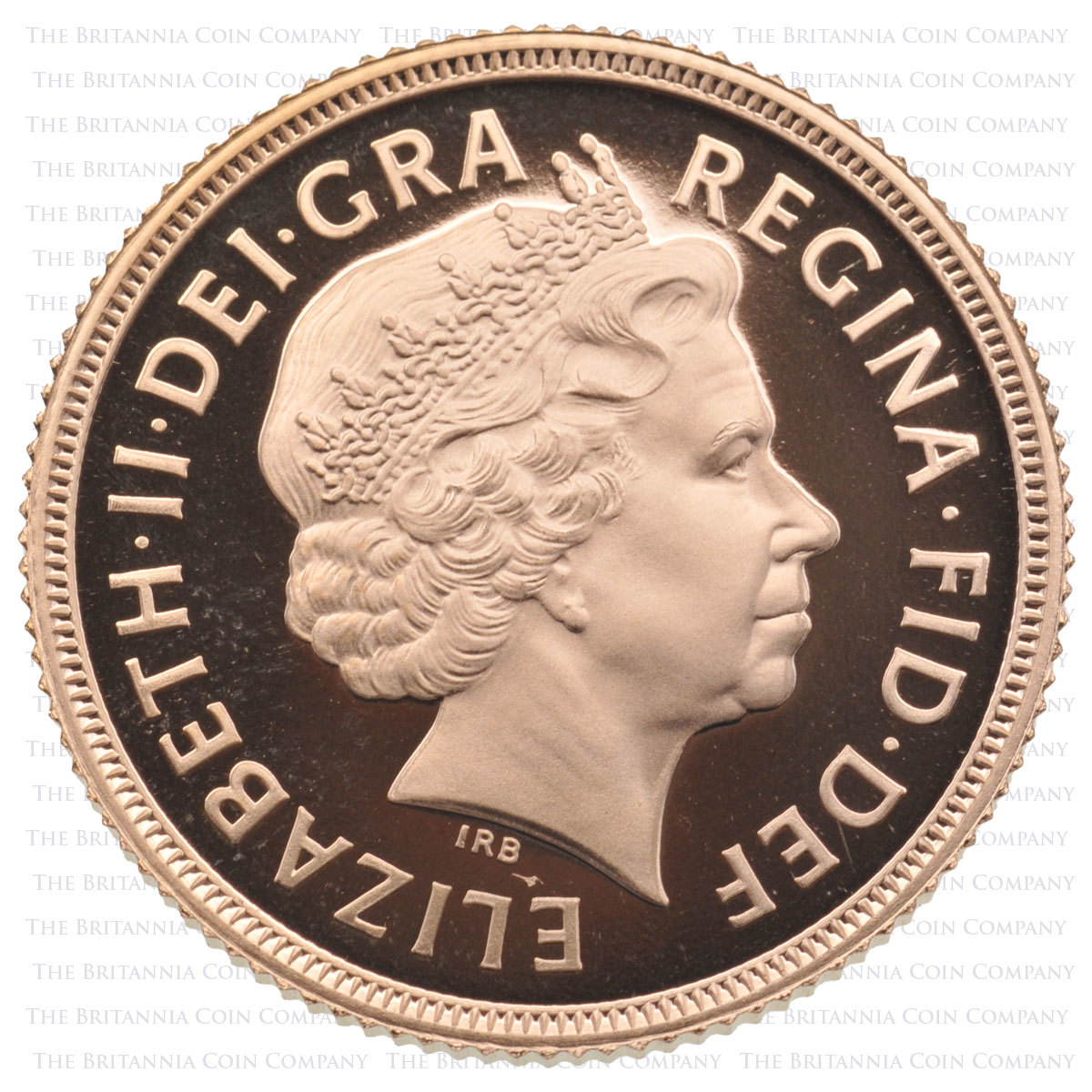 £695.00
(VAT Exempt)
In 2002, Queen Elizabeth II celebrated her 50th year as Monarch, making it the rare event of a Golden Jubilee year. This coin has Timothy Noad’s Shield design on the reverse making the coin extremely desirable to both numismatic coin collectors and investors in gold coins.
Quantity
Cost Per Unit
Starts From
1+
£695.00
£695.00
Track Product
You are not logged in. Please Login to track this product.
Description Summary Specification Royal Mint

Queen Elizabeth II is the current and longest reigning monarch ever. Born on 21 April 1926 to King George VI and Elizabeth Bowes-Lyon, she became Queen on 6 February 1952. Her Coronation was on 2 June 1953. On 6 February 2002, Her Majesty celebrated her Golden Jubilee of 50 years on the British Throne.

It may not have been so except for an exceptional event back in 1936. Elizabeth's father, George VI (known as 'Bertie' to his family) was not at first destined to be King. When his father, George V died, it was George's elder brother who was heir to the throne and he became King Edward VIII. To the shock of the people, Edward famously abdicated so that he could marry divorcee Wallis Simpson and George VI became the third King of 1936.  This instantly promoted Elizabeth to Heir Presumptive and in 1952 she became Queen Elizabeth II in the House of Windsor.

Description of the 2002 Proof Sovereign

As the Golden Jubilee was such a special moment, the Royal Mint invited Timothy Noad to design a reverse especially for this exceptional landmark in Royal history. The result was the Shield of Arms of the United Kingdom and Northern Ireland set in an open wreath, with the Royal Crown sitting at the top.

In the long reign of Queen Elizabeth II, there have been very few occasions were the back of the gold sovereign has not depicted the image of St George and the Dragon, so the 2002 Proof Sovereign is a special, and somewhat unique, coin.

The Obverse (front, heads) of the 2002 Proof Sovereign shows fourth portrait of Her Majesty Queen Elizabeth II by Ian Rank-Broadley, which was used on gold Sovereigns from 1998 until 2015. The same portrait was also used on several other circulating coins. The initials 'IRB' can be clearly seen just below the neck.

The coins were originally issued by The Royal Mint individually boxed with a numbered certificate of Authenticity (COA).

Q: Are your 2002 Proof Sovereigns genuine?
A: Yes, and we guarantee it. With high value coins and investments such as the 2002 Proof Sovereign, collectors and bullion investors often worry about counterfeits, but actually gold coins are very difficult to forge due to gold's unique properties of density and colour. Gold is extremely dense and to use another metal and gold-plate it would result in a coin that is under-weight, over-diameter or half-again as thick, something that would be spotted very easily by a expert. You can buy from us 100% worry free.

Q: What is the difference between the 2002 Proof Sovereign and the 2002 Bullion Sovereign?
A: Both coins will carry the same amount of gold.

Proof coins have a mirror-like finish. They are almost hand made, with appreciable care, struck several times to get an outstanding image. Proofs are aimed at numismatists (coin collectors). This extra care incurs considerable additional cost and a proof will cost much more than the gold content of the coin. It will also attract a high re-sale price if you do decide to sell it and there are strong markets for these coins.

Bullion coins are primarily for gold investment. They may have the same image as the proof, but the coin is made by machine, and only struck once using production dies. The coin is not so visually appealing as a proof and may have scuffs and scratches from the manufacturing process. But if you're just looking for gold, then this is the cheapest way to buy.

The mintage of the 2002 Proof Sovereign is limited and much lower than the bullion sovereign mintage.

Q: Does the Limited Mintage of the 2002 Proof Sovereign matter?
A: This can affect the future value of your sovereign as it increases the scarcity of the coin, and it can make a big difference. The 2002 Proof Sovereign was only minted in 2002, none have been made since and no new ones will ever be made again. Once the Royal Mint has sold out, the coin can only be obtained from the free market where rarity usually has a premium price. On the other hand, more collectors generally enter the market over time. It is basic Supply and Demand. Scarce coins can appreciate in price considerably over a period of time and can make very good investments.

Q: Why is the 2002 Proof Sovereign 91.67% gold and not pure gold?
A: In the past, gold coins have been the normal circulation coins. Pure gold would wear very quickly and so the mints would add another metal, usually copper, in the ratio 11/12ths gold and 1/12th copper. This alloy is 22 carat or 91.67% gold and is considerably harder and more durable than 24 carat gold. As Gold coins are no longer intended for circulation, this is no longer a requirement. Pure Gold is actually quite soft, so you should handle the coins carefully as they can easily scratch and dent. Probably best to leave the coin in a protective capsule.

Specifications of the 2002 Proof Sovereign

The 2002 Proof Sovereign was minted at The Royal Mint which is the designated place for the UK to mint coins. It dates back well over 1000 years and is a Government-owned company.

Gold Sovereigns, in their modern form, have been minted since 1817 in the reign of George III. If you would like to see how the 2002 Proof Sovereign was created, the Royal Mint is currently located at Llantrisant, Wales, and it has an excellent visitor centre if you want to see what they do. 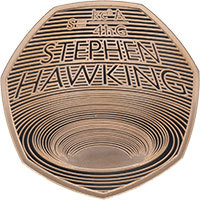 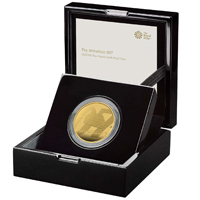 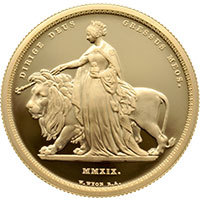