Born in 1762, George IV was the son of King George III and Queen Charlotte. He became Prince Regent at the age of 48 and ruled on behalf of his father for nearly 10 years. He became king himself in 1820. Though he'd been polished, refined and a leader in fashion in his younger years, he was overcome by self-indulgence in his later years. He showed little dedication to his kingly duties but was an extravagant patron of the arts. He had the iconic Brighton Pavillion built, as well as Regent's Park, Regent's Street and Buckingham Palace. He died in 1830 at the age of 67, passing the throne to his brother, William IV. 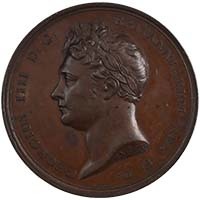 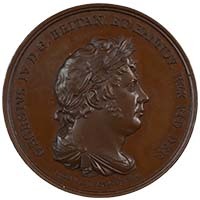 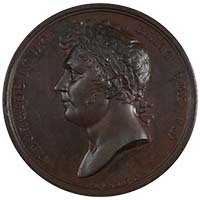 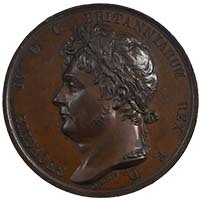 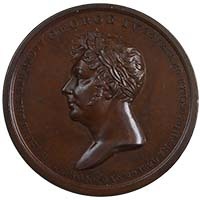 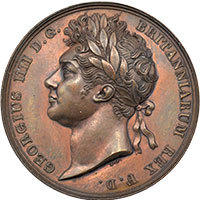 Born in 1762, George IV was the son of King George III and his wife, Charlotte Sophia of Mecklenburg Strelitz. His father became too ill to rule at the age of 48, so George ruled on his behalf as Prince Regent. His regency stretched out over nearly 10 years, from 1811 to 1820, when the king died and George was finally crowned king in his own right.

As a young man, George had led the way in fashion. He was polished and refined and even became known as the first gentleman of Europe. This all gradually changed. During his regency, George became an extravagant patron of the arts, mounting up monumental debts. Eventually, he transformed from a refined gentleman to a rather fat and hopelessly self-indulgent king.

George had a greedy sexual appetite, even from a young age. He was quite scandalous with it, enjoying a long line of mistresses. He showed no loyalty to any of them, nor a single dash of remorse for his unsavoury sexual behaviour as he moved from one to the next without looking back.

One woman did manage to capture George’s heart, though: a Catholic widow called Mrs Maria Fitzherbert. Maria refused to be his mistress so he married her in secret in 1785 and placed her in his favourite seaside town, Brighton. In 1795, however, he had to have his marriage to Maria annulled when Parliament pushed a more suitable wife on him in the form of Caroline of Brunswick.

His marriage to Caroline was rather dismal. He took an immediate dislike to her the first time they met. Poor Carlone was treated awfully by George throughout the marriage. He was callous, even barring her from his own coronation. It’s said she was refused entry to Westminster Abbey, where the coronation was taking place. She banged on the doors around the abbey but to no avail. He tried and failed to divorce her when he became king in 1820 and she died just the following year.

When he first became king, he visited Scotland and Ireland – the first monarch in many years to do either. But he wasn’t dedicated to his duties in the same way his father had been. He became much less involved and retreated from public view from 1823, except for the opening and closing of Parliament.

He left Parliament to its own devices for the most part. Luckily for him, Prime Minister Lord Liverpool led a stable administration for 15 years, meaning there wasn’t too much need for the king to intervene. George didn’t care much to use his influence when it came to Government and, when Liverpool died in 1827, George even suggested the ministers pick their own leader.

A Patron of the Arts

George lived not for his kingly duties but for the arts, from painting to architecture to literature. One of the most famous examples of his artistic extravagance is Brighton Pavillion. He’d visited Brighton in 1783 and fallen in love with the seaside town. Before his regency, he turned an old house in Brighton into a classical style villa. Then, when he was Prince Regent, he had his architect, John Nash, transform it into the impressive Brighton Pavillion we can still see today.

He also made great improvements to London. Alongside Nash, the king created Regent’s Park then Regent’s Street, designed to link Regent’s Park to his London home at the time, Carlton House. Both are gems of London to this day.

The true pièce de résistance of King George IV’s reign, though, is Buckingham Palace. Before George’s time on the throne, Buckingham House was a more modest residence. With his insatiable passion for architecture, the king hatched a plan to transform it for himself, claiming that Carlton House was too small for him. John Nash was brought in once more. Over the latter half of Geroge’s reign, Nash extended the central part of the house, built the two wings that form the palace’s U-shape and placed a monumental arch in the centre.

The Death of King George IV

In 1830, George IV died of a heart attack at Windsor Castle, where he’d spent the last couple of years in seclusion. He died as an unpopular king, ridiculed for his self-indulgence, obesity and questionable love life. His and Caroline’s only daughter, Charlotte, died when she was 21 after giving birth to a stillborn child. Her death had left the kingdom without a direct heir, so the throne went to George’s brother, William IV.