The first of Britain's Hanovarian kings, King George I was born in Hanover, Germany, in 1660. He became king at the age of 54 and was instantly unpopular. He couldn't speak English, he'd locked up his wife and he brought two greedy mistresses with him to England. George I's reign is perhaps most remembered for the South Sea Bubble and its subsequent bubble burst, which left many people financially devastated. The king relied on Robert Walpole to get him out of the mess, earning Walpole the position of Britain's first prime minister. George died in 1727, leaving the throne to his son, George II. 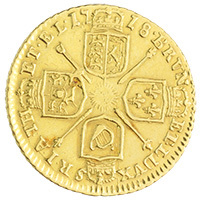 Born in Hanover, Germany, on the 28th of May 1660, George was the eldest son of Ernest Augustus, Elector of Hanover, and Sophia of the Palatinate. He was the first of Great Britain's Hanovarian kings after his predecessor, Queen Anne, died childless. He was king for 13 years and unpopular for every single one of them.

The Act of Settlement

By 1701, the future of the monarchy was looking uncertain in Great Britain. Queen Mary had died in 1694, leaving her husband, King William III to rule alone. The couple hadn't had any children so Mary's sister, Anne, was next in line to the throne. Anne herself had already suffered many miscarriages, stillbirths and infant deaths – her longest surviving child died in 1700.

Parliament was keen that the next monarch was Protestant and wanted to ensure the throne didn't instead go to James Edward, the son of the exiled catholic king, James II. In 1701, the Act of Settlement was passed, which named the Protestant Sophia of Palatinate, a descendant of James I, as the next in line to the throne.

However, Sophia died in June 1714 just months before the death of Queen Anne in August 1714. It was therefore Sophia's son, George, who became the next King of Great Britain.

Though it's true most people preferred King George I over the idea of a Catholic king, George was a rather unpopular leader. He wasn't fond of Britain and knew little about it. He spoke next to no English, so he communicated in German, French or Latin. Even his coronation ceremony had to be performed in Latin.

It wasn't just his bad manners and his inability to speak English, though. Many knew that he'd divorced his wife, Sophia, and imprisoned her in Ahlden Castle in Germany (where she would stay until her death in 1726). Meanwhile, he brought two greedy mistresses to England with him: Sophia von Kilmansegg and Ermengarda Melusina von Schulenburg.

James Edward Stuart made a few attempts to challenge George's claim to the throne. With the support of some of the French, Spanish and Scottish, he arrived in Scotland in December 1715. Luckily for George, his rebellion failed. A few other Jacobite plots were executed in 1719 and 1722 too, and both were also squashed.

At this time, politics in Britain was split between two factions: the Whigs and the Tories. During King George I's reign, it was the Whigs who dominated. Even before he became king, George was on their side. He didn't trust the Tories – among them were a number of Jacobites, supporters of James Edward.

George was still largely concerned with his home country and spent the majority of his reign in Hanover. He still respected his obligation to rule Britain, however, and was active in Britain's foregin policy. For instance, he helped establish an alliance with France in 1717 to 1718 that would help the country against the Spanish.

Certainly, George was involved in politics – perhaps too involved. Between 1716 and 1717, Charles Townshend and Robert Walpole left government, annoyed over what they believed was James Stanhope's attempts to influence foreign policy to the advantage of the king's Hanoverian possessions.

Townsend and Walpole joined the Prince of Wales, George's son, and formed an opposition within the Whigs. The relationship between father and son was already dreadful and this only tore them further apart.

The South Sea Company was formed in 1711, concerned with finance and trading. The company hugely expanded. It ended up underwriting the National Debt of around £30 million in exchange for the promise of a monopoly in trade with the Spanish colonies in South America.

In 1720, the company's directors made false claims of its financial success and potential and, with a vote of confidence from the government, public confidence grew. Share prices for the South Sea Company rose drastically. At the start of 1720, they were in the low hundreds and by the middle of the year, they'd shot up to £1050. It was a bubble that was set to burst – and, indeed, it did.

Share prices plummeted all the way back down to £175 and panic selling ensued. Not only did it leave many individuals devastated financially, but the South Sea Company was also suddenly on the brink of collapse.

The following year saw formal investigations into the company's downfall uncovered corruption and bribery. The king was hated for it as it became clear that he and his mistresses' hands were less than clean in the whole ordeal.

To save face, he relied on Robert Walpole to diffuse the situation. Led by Walpole, the government turned its anger towards the company, taking away its property and imprisoning some of those found responsible – both company and government officials –  whilst at the same time turning the nation's pointed fingers away from the king.

Walpole handled it well. Having helped get George out of the mess, he earned his place as Britain's first prime minister.

After that, the political power of the monarchy decreased and King George I became less and less involved in government until his death in 1727.