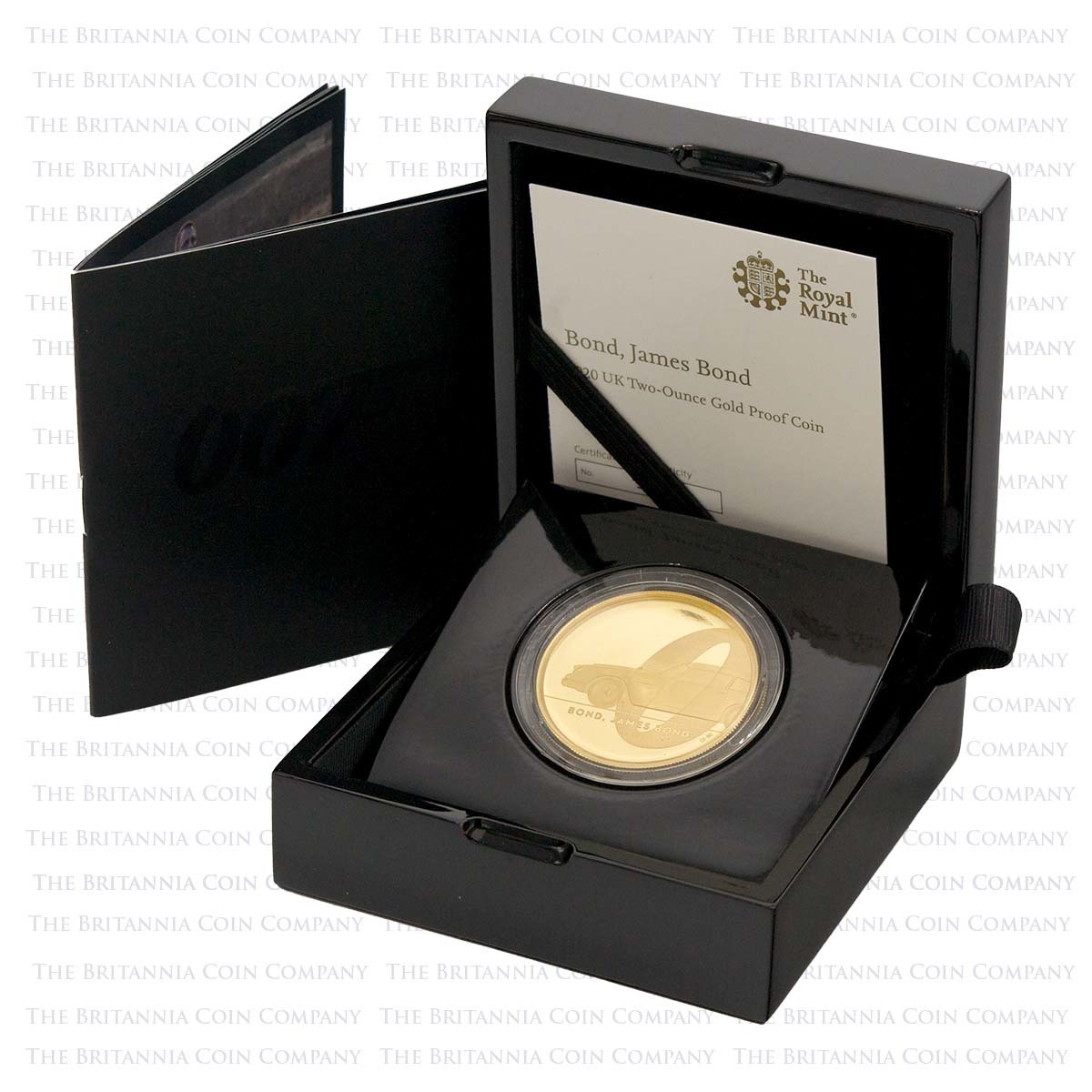 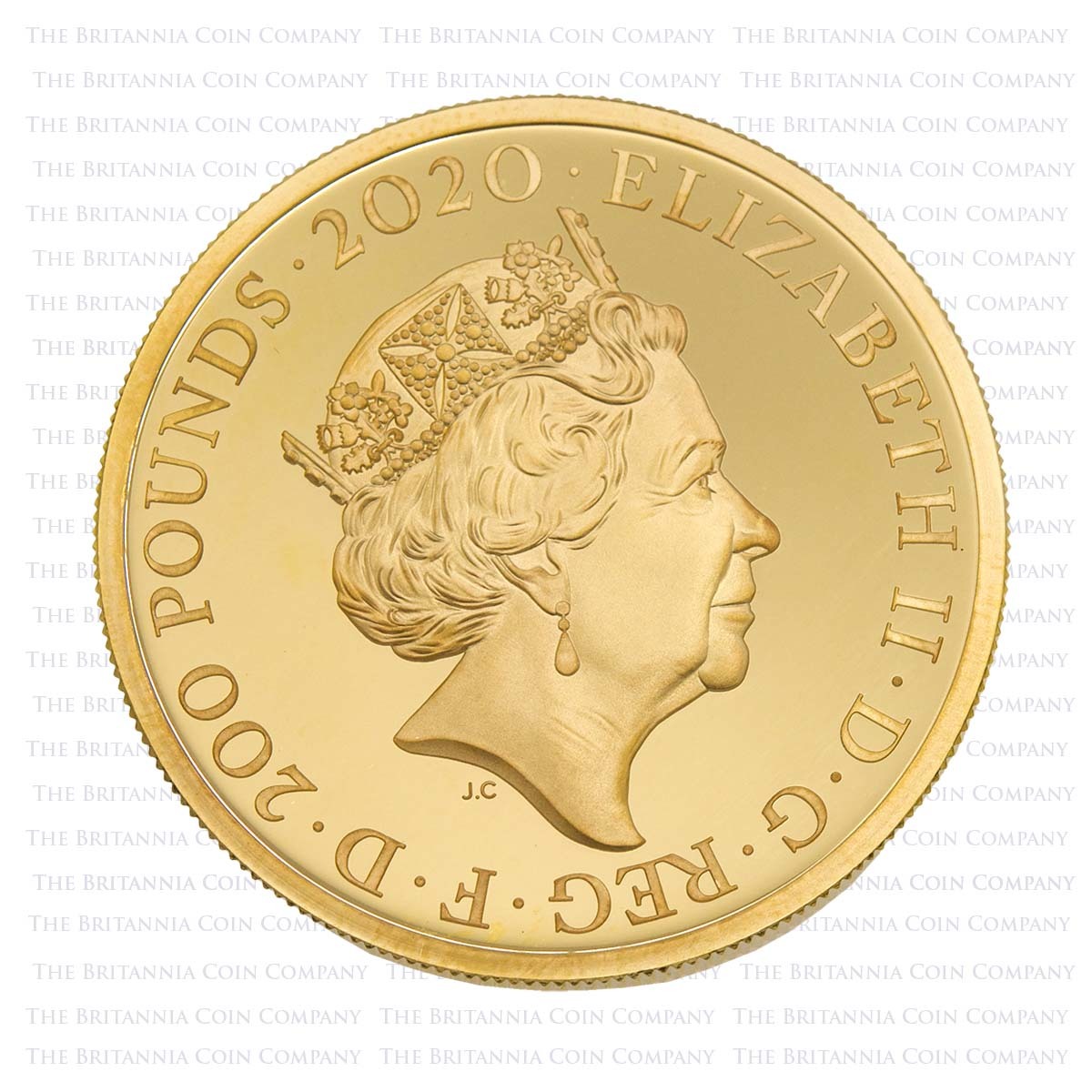 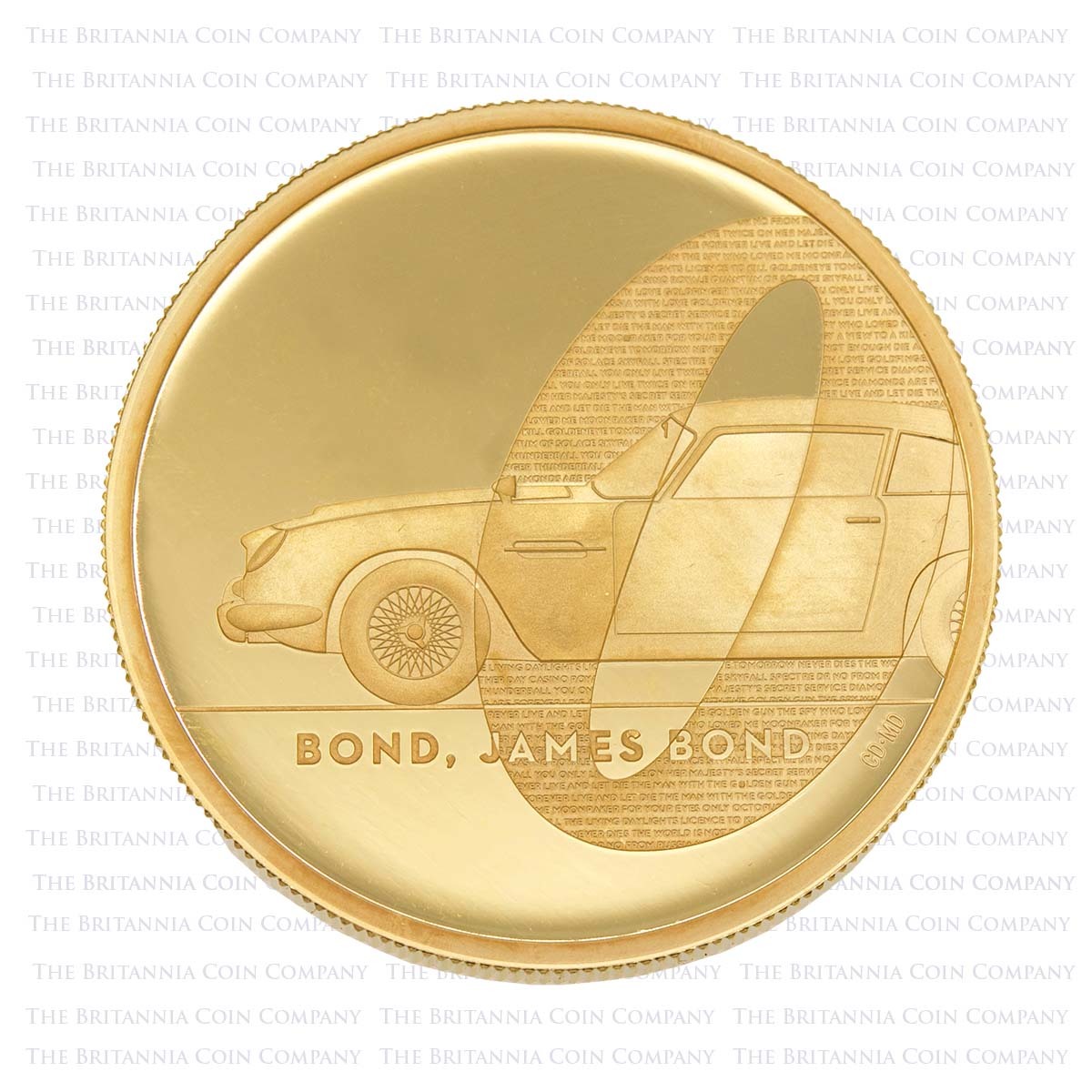 £4,995.00
(VAT Exempt)
List Price: £5,500.00
James Bond’s iconic Aston Martin DB5 on a two-ounce gold proof coin. Struck in anticipation of the release of No Time To Die – the 25th 007 film, due to be released in 2021 – this coin is the first in a series of three from The Royal Mint. Composed of 62.42 grams of 999.9 fine gold, this proof coin is from a limited-edition presentation of just 250. It features a unique micro-text design that includes the names of the previous 24 Bond films and, when seen with the other coins in this collection shows the name of the next movie. This licensed collector’s piece is offered in its original black packaging with an information booklet and a numbered certificate of authenticity.
Quantity
Cost Per Unit
Starts From
1+
£4,995.00
£4,995.00
Track Product
You are not logged in. Please Login to track this product.
Description Summary Specification Royal Mint About us

The first design in The Royal Mint’s 007 series, minted in two ounces of gold.

The design of the 2020 Bond, James Bond 2 Ounce Gold Proof coin is inspired by the Aston Martin DB5: the quintessential Bond vehicle.

In a reverse crafted by Matt Dent and Christian Davies, the iconic car is overlaid with a ‘0’ made up of micro-text that includes the titles of the first 24 Bond films. This micro-text feature is only available on two ounce coins in the series.

When joined by the other two coins in the set, the title of the highly-anticipated next film is revealed.

This Bond, James Bond coin is composed of 62.42 grams of 999.9 fine gold across a 40.00 millimetre diameter. Its face value - £200 – appears on the obverse alongside Jody Clark’s portrait of Her Majesty the Queen.

Struck to proof standard, this 2020 coin is from a limited-edition presentation of 250. This stylish collector’s piece is offered in its original packaging from The Royal Mint alongside an information booklet and a numbered certificate of authenticity.