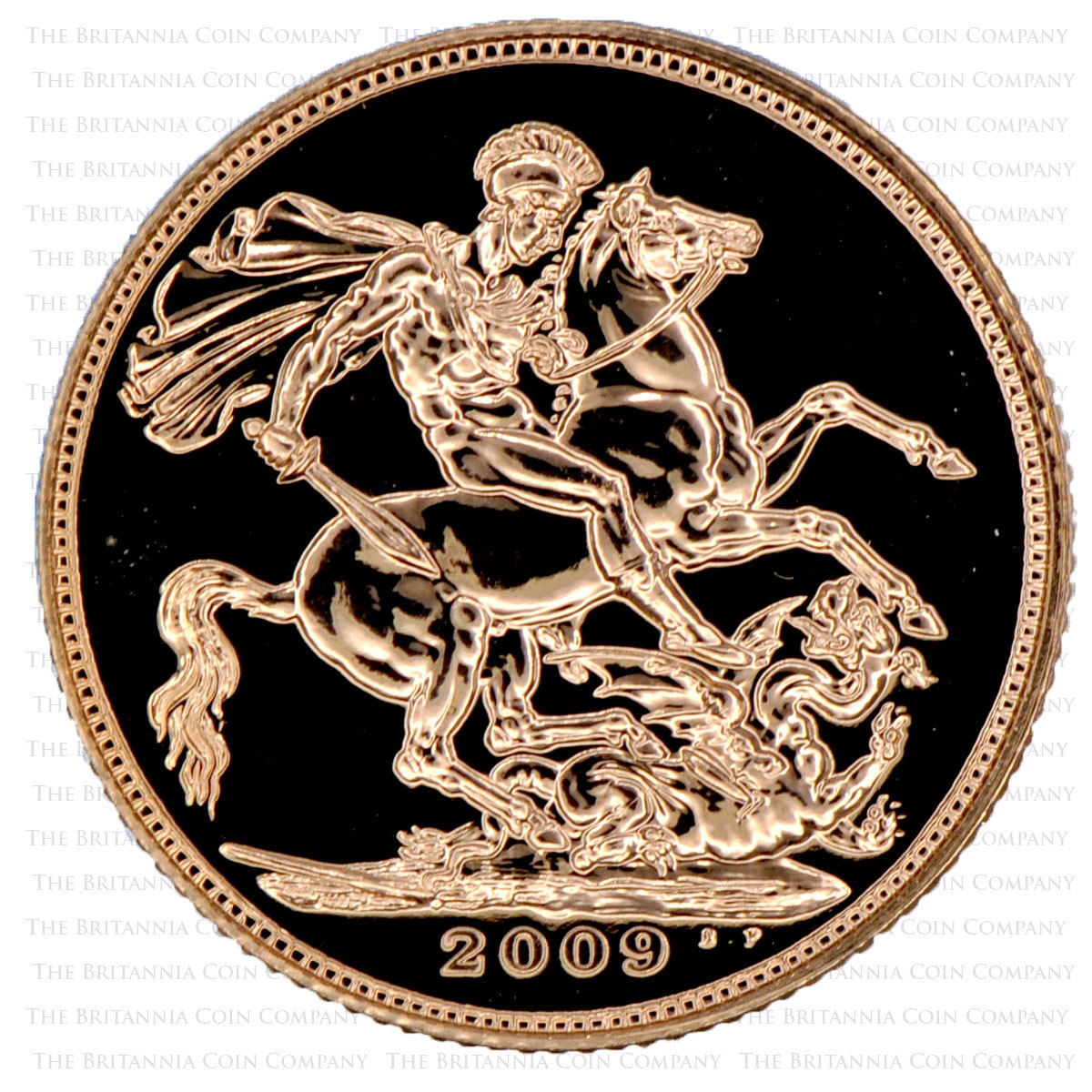 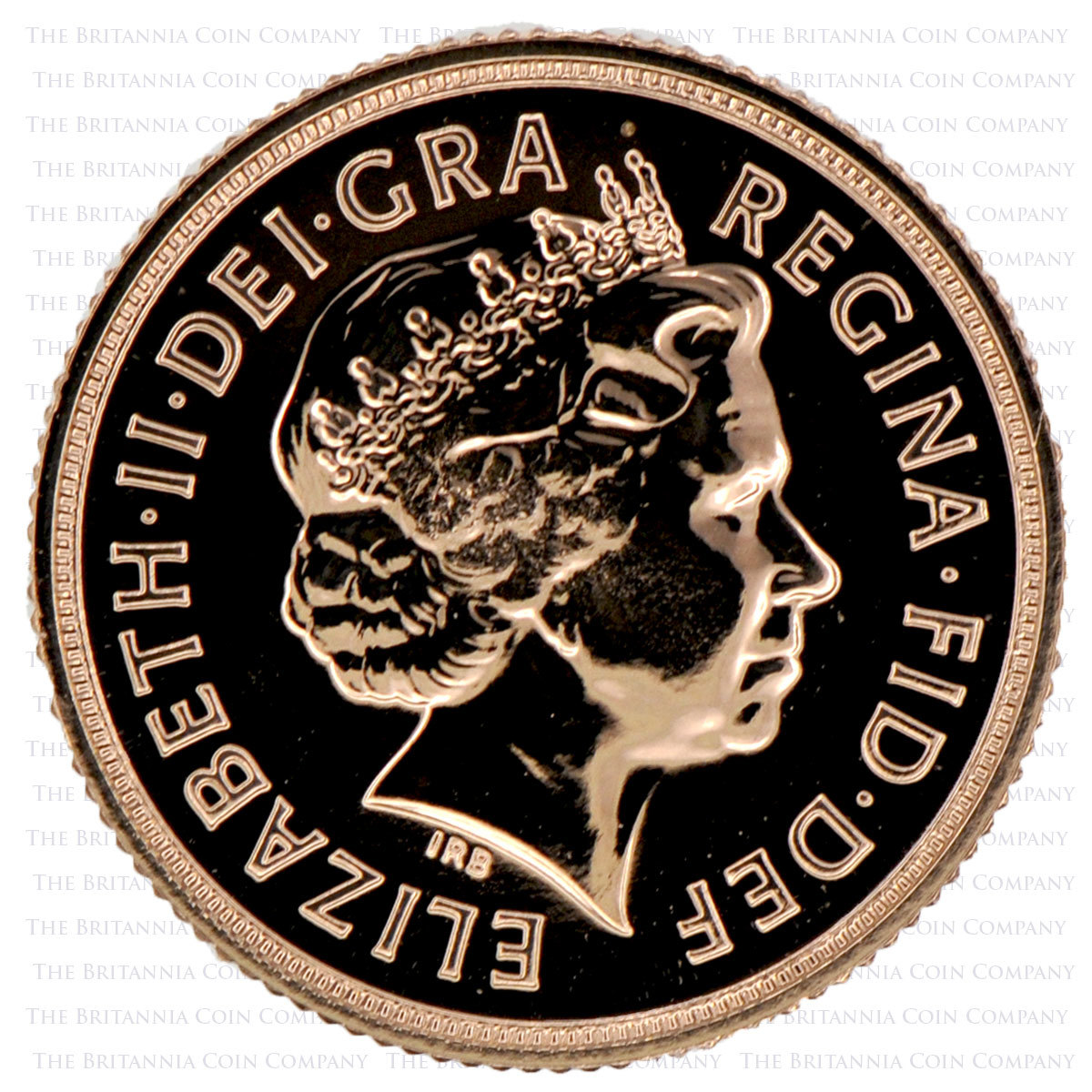 from
£409.11
(VAT Exempt)
2009 gold bullion Sovereign coin from The Royal Mint. A high quality Bullion coin personally selected by our team and graded at aEF (about Extremely Fine) or above. Coins graded Extremely Fine or higher carry minimal signs of wear, making them a popular choice when buying dated coins to mark a special occasion such as a wedding, birthday or anniversary. Bullion coins are also sold at a lower cost than their Proof counterparts of the same date, and are therefore more cost effective. This coin includes the classic 'St George and the Dragon' Sovereign coin Reverse design by Benedetto Pistrucci. The coin's Obverse hosts the 4th Portrait of HM The Queen, Elizabeth II, by Ian Rank-Broadley. The Sovereign is exempt from VAT and Capital Gains Tax and our price is inclusive of fully insured UK shipping. Subject to stock availability.
Log in to get notified when this product is back in stock.
Track Product
You are not logged in. Please Login to track this product.
Description Summary Investment Info Specification About Sovereigns Royal Mint About us

Gold bullion Sovereigns are one of the most well known gold coins and are highly sought-after by collectors and investors. The Sovereign was first minted in 1603 but the contemporary gold Sovereign has been minted in Britain from 1817-1917, 1925, 1957–59, 1962–68, 1974, 1976, 1978–82 and 2000 to the present day. Modern gold bullion Sovereign production was paused after 1982 up until the year 2000, although Proof versions were still issued. The Sovereign disappeared from circulation during the First World War as citizens were requested to surrender their Sovereigns for the war effort.

The first of the modern Sovereigns hosted a portrait of King George III and the 'St George and the Dragon' design by Benedetto Pistrucci, an Italian engraver who became Chief Medallist at The Royal Mint. This 2009 Sovereign coin hosts a portrait of HM The Queen, Elizabeth II. The current Monarch, HM Queen Elizabeth II, is also the longest reigning of all time, overtaking her great-great grandmother Queen Victoria in 2015. At just twenty-five-years-old, the then Princess Elizabeth was pronounced Queen in 1952 with her Coronation taking place in June 1953.

Beyond the walls of The Royal Mint, 2009 witnessed; Barack Obama inaugurated as the USA's first black President, the longest total solar eclipse of the 21st century in Asia and the Pacific Ocean, paleontologists discovering the oldest remains of a human ancestor ever found, movie 'Avatar' breaking box office records, and the death of 'King of Pop' Michael Jackson. 2008 was a poignant year in history, now immortalised in coinage.

The Obverse (front, heads) presents Queen Elizabeth II's fourth portrait by Ian Rank-Broadley. Elizabeth II is captured in the 'Girls of Great Britain and Ireland' Royal Diamond tiara, a wedding gift from Queen Mary in 1947. Her Majesty also wore the crown at her 1953 Coronation ceremony.

The Reverse (back, tails) of the 2009 gold bullion Sovereign hosts the signature 'St George and the Dragon' depiction by Benedetto Pistrucci, designed in 1817. St George is armed with a sword on horseback, slaying the dragon. The Master of the Mint, William Wellesley Pole, originally instructed Pistrucci to create the Sovereign design and his image of St George, the Patron Saint of England, and his dragon, over 200 years later has stood the test of time. 2009 marks the year in which the streamer behind St George's helmet in the design has been removed permanently, and the reverse dies have been re-engraved using 'original Victorian tools'.

The 2009 gold bullion Sovereign coin may be supplied in an acrylic capsule.

An ancient legend with a number of fabled stories associated with him, St George's legacy dates back to the 3rd century. His story arose from the tale of Roman soldier who refused to give up his Christian faith. The most well-known tale sees St George as a heroic rescuer on horseback sent to rescue a young maiden or princess sacrificed to a dragon, which he slays to save her life. It is widely believed that the dragon was slain at Uffington's Dragon Hill, a Bronze-age site just 20 miles from our premises in Royal Wootton Bassett. As the Patron Saint of England, St George has been celebrated on the 23rd April every year.

Sovereigns, like this 2009 gold bullion Sovereign, are one of the easiest ways to invest in gold coins with investment consisting of two routes:

This Sovereign coin is struck to Bullion standard and has legal tender status with a nominal value of one pound sterling. The modern Sovereign coin has been struck since 1817. It was originally a circulating coin that was accepted in the UK and around the world. The coin's Obverse presents the 4th Portrait of Her Majesty the Queen, Elizabeth II, by Ian Rank-Broadley. Having reigned for nearly 70 years, Elizabeth II has had five Royal Portraits on coins produced since her accession to the throne in 1952. The Portraits were created by; Mary Gillick (1953-1967), Arnold Machin (1968-1984), Raphael Maklouf (1985-1997), Ian-Rank Broadley (1998-2014) and Jody Clark (2015-).

The 2009 Sovereign coin was created at The Royal Mint. The Mint, based at Llantrisant in Wales, is the official home of British coinage. Its former home for over 500 years was the Tower of London, where the surrounding area became known as Mint Street. With a 1,000 year history and producing currency for over 60 countries, it is considered one of the world's leading Mints.

With the introduction of decimalisation in 1971, all The Royal Mint's coin production was moved to a new headquarters in Wales. A gold Sovereign was the last coin struck in London in November 1975. In 2009, it was recommended that The Royal Mint be privatised. The Mint ended its position as an executive government agency and became a state-owned limited company wholly owned by HM Treasury. Today, the Mint has breathed new life into its Bullion trade and opened a state-of-the-art visitor centre at its home in Wales.

The Britannia Coin Company handles an array of rare, commemorative and investment coins. These coins include gold, silver and other precious metal modern coins to ancient, hammered issues from across the globe. Royal Wootton Bassett was awarded Royal status by Her Majesty the Queen, Elizabeth II, in March 2011, the first town to be awarded such an honour for over 100 years.