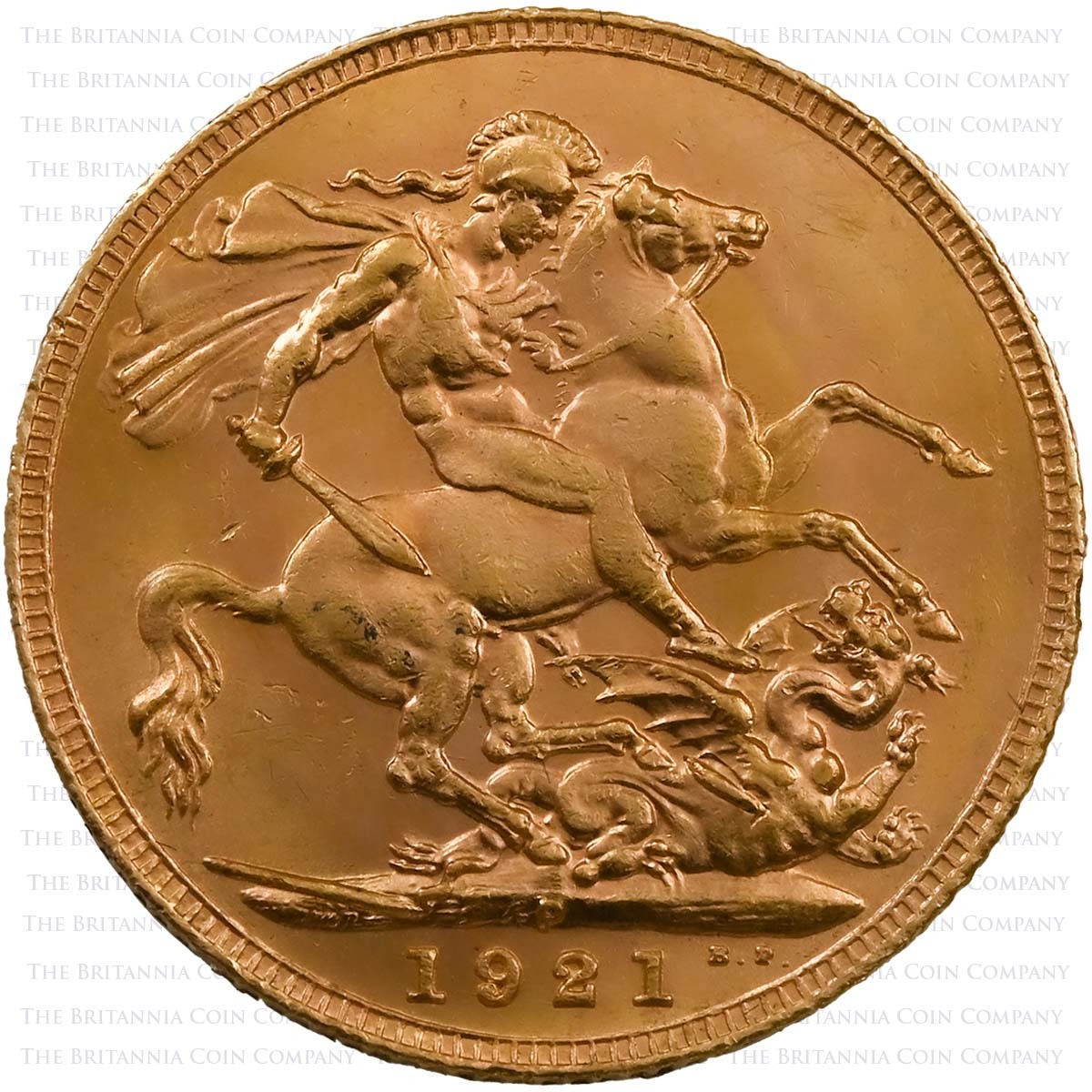 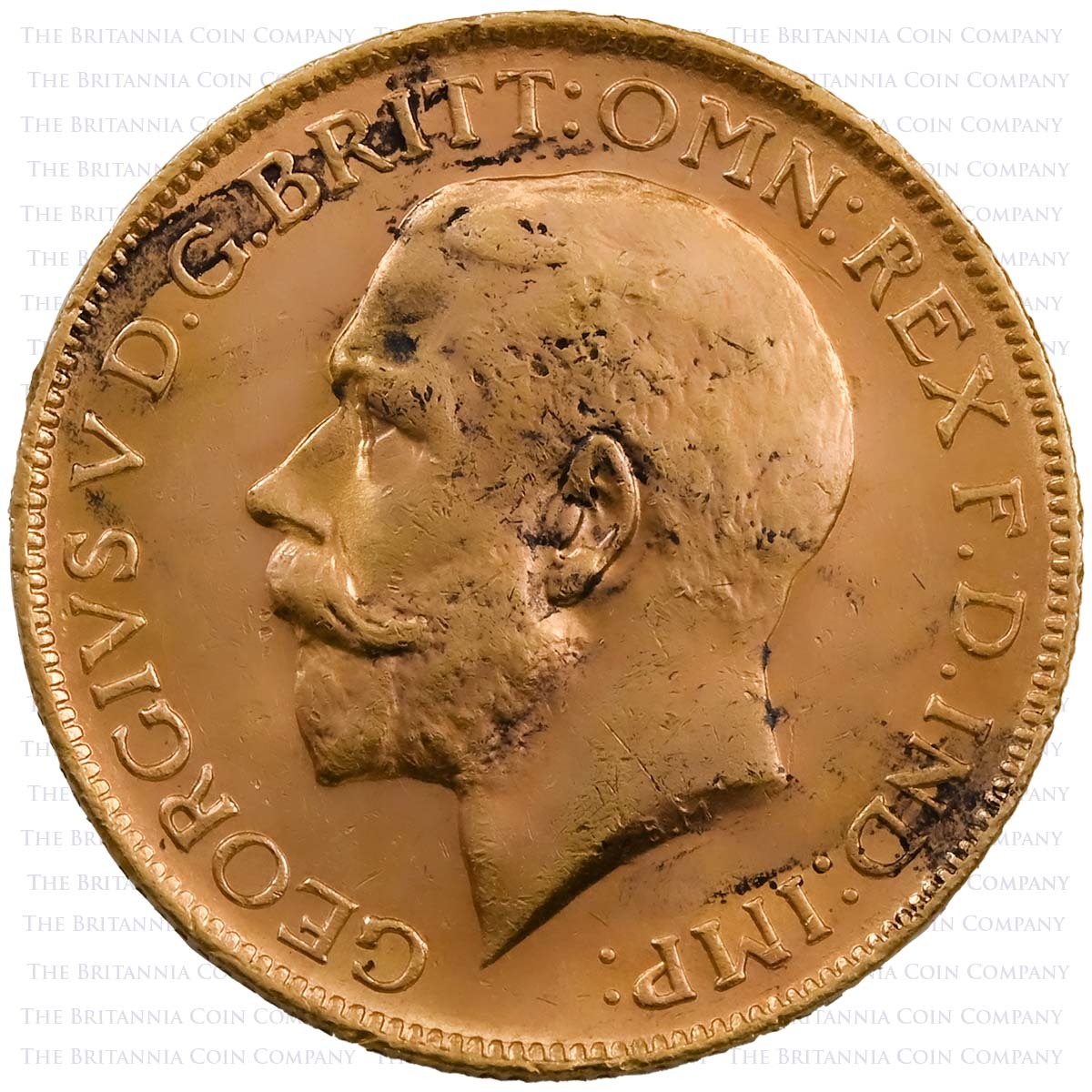 £385.00
(VAT Exempt)
George V Perth mint Sovereign from 1921. The Perth mint was opened in 1899, taking advantage of the Western Australian gold rushes of the end of the nineteenth century. Perth would be the last of the colonial outposts of the Royal Mint established in Australia (after Melbourne and Sydney). This coin was issued years after the London mint had ceased striking Sovereigns. The mint at Perth would continue minting these gold coins until 1931, producing some 106 million during the time it operated. 2,314,360 George V Perth Sovereigns were minted in 1921, each bearing Sir Edgar Bertram Mackennal's portrait of the King with a legend around reading: 'GEORGIVS D. G. BRITT: OMN: REX F. D. IND: IMP:'. 1921 Sovereigns feature the earlier 'first' or 'large head', used through to 1928. This is paired with a much older reverse design: Benedetto Pistrucci's Saint George and the dragon. A dynamic and instantly recognisable motif, it was created in 1817 for the first modern Sovereigns. Like all of these gold coins, this example is composed of 7.98 grams of 22 carat (916.7) gold and has a diameter of 22.05 millimetres. Grade: EF - Excellent details, usual very minor contact marks for gold, Extremely Fine. S 4001.
Quantity
Cost Per Unit
Starts From
1+
£385.00
£385.00
Track Product
You are not logged in. Please Login to track this product.
Description Summary Specification About us

King George V came to the throne in May 1910, following the death of his father, Edward VII. The British Empire reached its greatest territorial extent during George's reign which was coloured by the events of the First World War. George was succeeded briefly by his eldest son, Edward VIII, who himself abdicated in favour of his brother who reigned as King George VI.

The obverse of George V gold Sovereigns features Sir Edgar Bertram Mackennal's portrait of the King, facing left, as used on all his British coinage. This is accompanied by a legend that reads: 'GEORGIVS D. G. BRITT: OMN: REX F. D. IND: IMP:'. The reverse of these coins (struck 1911 to 1936) shows Benedetto Pistrucci's interpretation of the legend of Saint George and the dragon, created for the first modern Sovereigns, issued in 1817. The date appears below.

Sovereigns were struck in London during George V's reign but also at branch mints in Australia (Melbourne, Sydney and Perth), Canada (Ottawa), South Africa (Pretoria) and India (Bombay). You can identify George V branch mint Sovereigns by examining the ground beneath the dragon on the reverse for a tiny identifying letter.

Opened in June 1899, the Perth mint became The Royal Mint's third outpost in Australia. At this time population of Western Australia had doubled over the previous decade with workers drawn by the rich gold deposits, recently found in the colony. The new mint - which continued to operate after the federation of Australia - allowed diggers to deposit raw gold that was then minted into Sovereigns.

Some 106,000,000 of these coins were struck in Perth between 1899 and 1931, the issues continuing long after Sovereigns ceased being struck in London. Perth mint Sovereigns and Half Sovereigns can be identified by a small 'P' in the centre of the exergue ground line to the reverse.

Refining continued in Perth after the Pound left the gold standard and today the Perth Mint operates as Australia's official bullion mint, alongside the Royal Australian Mint which produces Australia's circulating coins.

2,314,360 gold Sovereigns were struck in Perth in 1921: this issue is rated 'C' by Marsh. Branch mint Sovereigns are a key addition to any serious Sovereign collection, exemplifying the global reach of these prestigious coins.

Like all 'full' Sovereigns, this one is composed of 7.98 grams of 22 carat (916.7) gold and has a diameter of 22.05 millimetres. Their gold content makes them VAT free in the UK and the EU while their status as UK legal tender affords Sovereigns a Capital Gains Tax exemption.

Our historic gold Sovereigns, like this 1921 George V example, are individually graded and authenticated by our expert staff. You will receive the coin in the images displayed above.

Got a historic branch mint Sovereign you are looking to sell? We buy Perth mint Sovereigns and other rare coins for market leading prices. Visit our Sell Your Coins page for more information or contact us today for a free, no-obligation quote for your George V Sovereign. 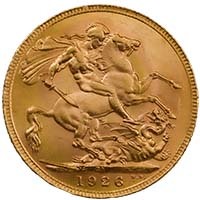