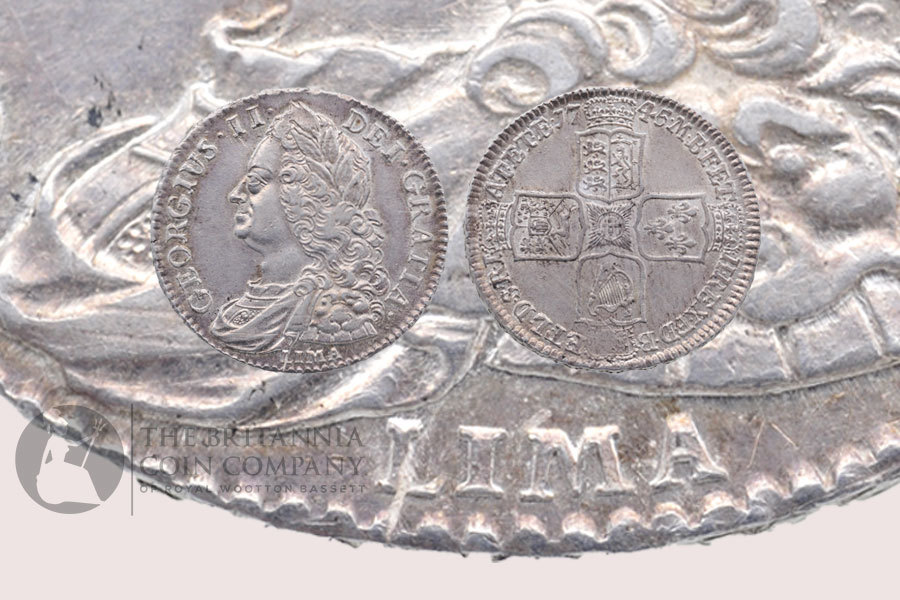 Study George II's silver and gold coins of 1745 and 1746 and you'll probably come across the word ‘Lima' beneath the King's portrait.

If you have ever come across a Lima coin, you may well have wondered how on earth the name of Peru's capital city came to be struck on British coins.

The story of the Lima coin begins in the early 1730's, with the incident of Jenkin's Ear.

In the 1730's, British mariners were falling victim to abusive ship searches by Spanish coastguards around the West Indies.

One such sailor was Robert Jenkins. During a search of his ship, Rebecca, Spanish officers badly beat Jenkins and cut off his ear. He went before a House of Commons committee to report the incident. That, along with the other mounting complaints about Spanish treatment, gave Prime Minister Sir Robert Walpole reason to declare war on the Spanish Empire in 1739.

This war became known as the War of Jenkins' Ear and is where Lima coins find their origin.

The War of Jenkins' Ear

In 1740, Admiral George Anson and his squadron of ships headed south across the Atlantic Ocean, on a mission to capture Spanish possessions in South America. Along the way, they successfully managed to fend off the Spanish ships that were sent to block them, but when they reached Cape Horn, their situation got worse.

The southernmost point of South America, Cape Horn acts as a gateway from the Atlantic into the Pacific Ocean and is a famously treacherous route. Some of the squadron's ships were forced to turn around, while some managed to get round Cape Horn successfully. The ones that did, however, lost contact with each other in the effort of the passage.

As they sailed along the Pacific side of South America, however, their luck started to change. They managed to take the Peruvian town of Paita and to capture treasure from a number of Spanish vessels worth over £30,000.

These successes didn't stop the deterioration of Anson's crew, however. Throughout the mission, many of the squadron became riddled with diseases, like scurvy and dysentery. They lost many of their ships too, both those that had sailed from England and those they'd captured along the way.

The poor state of the squadron meant Anson was almost ready to start the journey back to England. But the Admiral made the decision to make one last try at seizing more treasure, this time from a Spanish Galleon, a treasure ship that only set sail a few times a year. The crew spent months at sea preparing for the attack and practicing their gunnery skills, until they finally got the chance to launch their attack. After Anson's crew ravaged the boat with cannonballs and gunshots, the Spanish Galleon surrendered.

Despite losing a huge number of crew members and many ships along the way, when Anson and his remaining crew members finally returned to England in 1744, they brought with them over £500,000 worth of treasure captured from the galleon.

And so the story brings us back to the Lima coins.

When Anson returned to England, it was decided that the captured silver would be turned into British coins. It was carried to the Royal Mint by many, many wagons, much to the delight of onlookers. The seized coins bore the word ‘Lima', the name of the Peruvian capital city where the metal for the coins was originally sourced. To mirror this, and to celebrate the capture of the silver, ‘Lima' was struck into King George II's silver issues of 1745 and 1746, underneath his portrait.

You'd be forgiven for assuming that such an interesting tale would render expensive coins. Next to the other silver coins issued under the reign of King George II, Lima coins are comparatively affordable, however, most likely because of the huge numbers of Lima coins struck from the captured Spanish treasure.

There are some rarities though: a smaller amount of gold was also captured during the War of Jenkins' Ear, which was also coined at the Royal Mint. These gold Lima coins are fewer and further between than the silver issues.

During 1745 and 1746, gold and silver coins were minted with the word 'Lima' under George II's bust. This identifed the coin as one being minted from metal captured from the Spanish during The War of Jenkin's Ear. 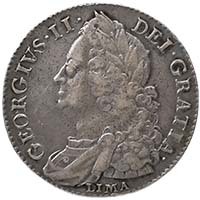